New Kids on the Block have got the right stuff for “The MixTape Tour 2022.” The veteran boy band has announced a massive 55-date trek supported by fellow icons of the ’80s and ’90s Salt-N-Pepa, Rick Astley, and En Vogue.

The quintet of Jordan Knight, Jonathan Knight, Joey McIntyre, Danny Wood, and Donnie Wahlberg last hit the road on the “MixTape Tour 2019.” In a statement, Wahlberg explained the emotions around the new tour and why they named it “MixTape.” He said, “We had a blast out on the first MixTape Tour in 2019, and can’t wait to take it to another level with our fans on the MixTape Tour 2022. Just like a mixtape, these shows are going to take audiences through all the emotions. To be able to have Salt-N-Pepa come back and now also have the iconic and legendary Rick Astley & En Vogue join the tour… we could not be more excited. Let’s GO!”

The trek kicks off May 10th in Cincinnati, Ohio, and while the New Kids on the Block will make stops along the east and west coasts, MixTape 2022 pays special attention to mid-sized cities in the south and midwest that other bands sometimes overlook. Tickets go on sale Friday, October 8th, and you can book your seat through Ticketmaster.

The Boys — now 48 to 52-year-old men — announced their 2022 plans in an appearance on The Kelly Clarkson Show. The group performed “Step by Step” with some of the simplest, easiest-to-learn choreography you’ll ever see on a professional stage. Clarkson briefly sang along to “Step by Step,” and when the music segued into Salt-N-Pepa’s “Whatta Man,” she joined the ladies of both that group and En Vogue on the chorus. The medley ended with NKOTB’s “Hangin’ Tough,” and you can check out the performance below.

New Kids on the Block shared their latest song, the charity single “House Party,” in 2020. Earlier this year, Salt-N-Pepa received a Lifetime Achievement Award at the 2021 Grammys, and Rick Astley hit a milestone of his own when “Never Gonna Give You Up” reached one billion views on YouTube. 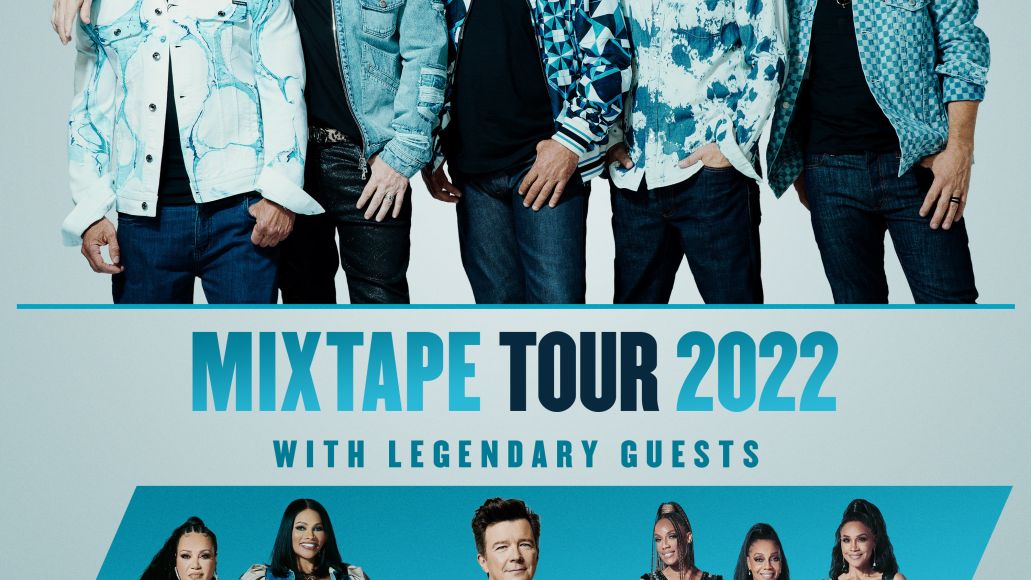