In Halloween Town it’s always Halloween, and in Christmas Town it’s always Christmas, but in Los Angeles it hasn’t been both at the same time for almost three years. That will change October 29th and 31st, when the singing voice of Jack Skellington himself, Danny Elfman, returns with his The Nightmare Before Christmas Live-to-Film concert. He’s bringing along some special guests, including Billie Eilish, who was negative eight-years-old at the time of the movie’s release in 1993, and who will sing the part of Sally.

Elfman’s last The Nightmare Before Christmas live-to-film concert took place in 2018, as part of the 25th anniversary of the beloved film. He’s certainly returning with a bang. “I’m absolutely thrilled to have Billie joining up with the nightmare crew!” he said in a statement. “This will be a real treat (not a trick)!”

As if that weren’t enough, Ken Page will reprise his film role as the villainous Oogie Boogie, and “Weird Al” Yankovic will voice the trick-or-treater Lock. John Mauceri is set to conduct Elfman’s score with a full orchestra.

The Friday, October 29th performance starts at 8:00 p.m. PT at the Banc of California Stadium, while the Sunday show on Halloween night starts at the more family-friendly time of 6:30 p.m. The stadium will host trick-or-treating stations and an audience costume contest. Tickets are available through Ticketmaster.

Earlier this year, Elfman released his first solo album in almost 40 years, Big Mess, and updated Oingo Boingo’s “Insects.” Trent Reznor remixed the Big Mess track “True.” As for Eilish, over the summer she shared her sophomore album Happier Than Ever. In September she dropped the Disney+ concert film Happier Than Ever: A Love Letter to Los Angeles, and she recently performed at Life Is Beautiful and Governors Ball. 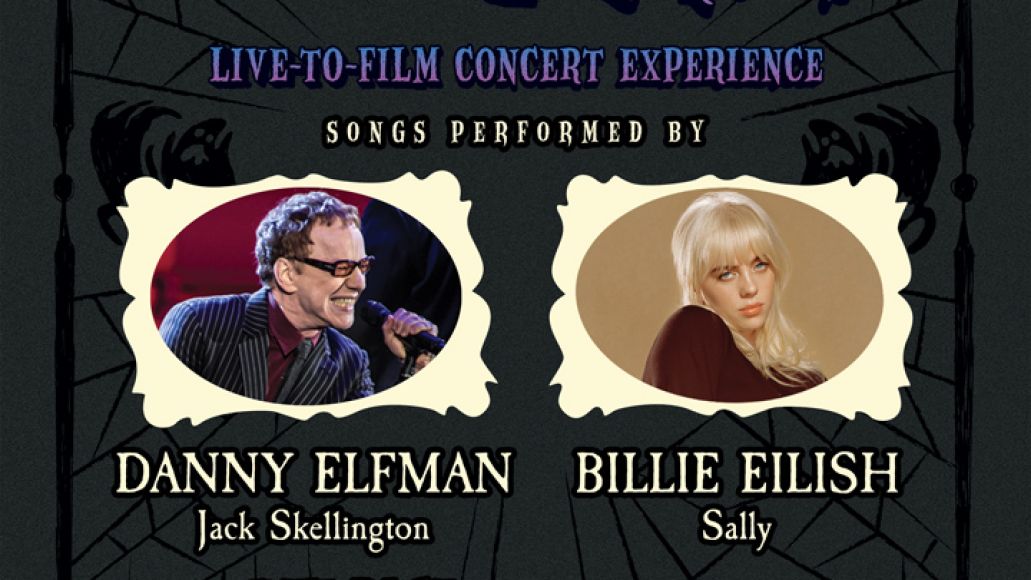