Portrayal of Guilt have unleashed the new song “…Where the Suffering Never Ends” from the Austin band’s upcoming full-length, Christf**ker, out November 5th. The single is accompanied by an eerie cinematic music video.

Once again, Portrayal of Guilt conjure a sense of catharsis and foreboding with a heavy onslaught that melds various styles: death metal, noise, screamo, and post-hardcore. The trio continue to prove they can exist outside of these labels while appealing to the dedicated fans of such hyper-specific subgenres.

Director Craig Murray brought the song’s grim implications to life with a horrific Blair Witch-style clip. Trimmed down from an initial 15-20 minute edit, the video functions as a short film, building up a towering sense of unease and suspense before its bloody climax.

“I wanted to make an immersive film, which takes the viewer on a progressive journey that never seems to end,” Murray said via a press statement. “I decided to leave the opening act as long as I could by extending the intro sounds, which are various parts of the song slowed down and reversed. We camped overnight in the forest to shoot the film in a mostly chronological order, between us we had over 1,000 harvest mite bites by the end of it.”

The song functions perfectly alongside the visuals. It helped that Portrayal of Guilt essentially set out to create a pseudo horror-movie soundtrack with the new album.

“We think of it partially in the sense of scoring a horror movie,” guitarist-vocalist Matt King said upon the album’s announcement. “We wanted to create an atmosphere of anxiety and fear.”

To support the new album, Portrayal of Guilt will head back on the road for the first time since the pandemic began, sharing various dates with the likes of Code Orange, Uniform, Sheer Mag, Soul Glo, and more. The itinerary kicks off October 14th in Baton Rouge, Louisiana, and runs through a November 19th show in Dallas.

Portrayal of Guilt’s new album Christf**ker will be available in numerous vinyl colorways and can be pre-ordered via Run for Cover Records.

Watch the video for “…Where the Suffering Never Ends” below. 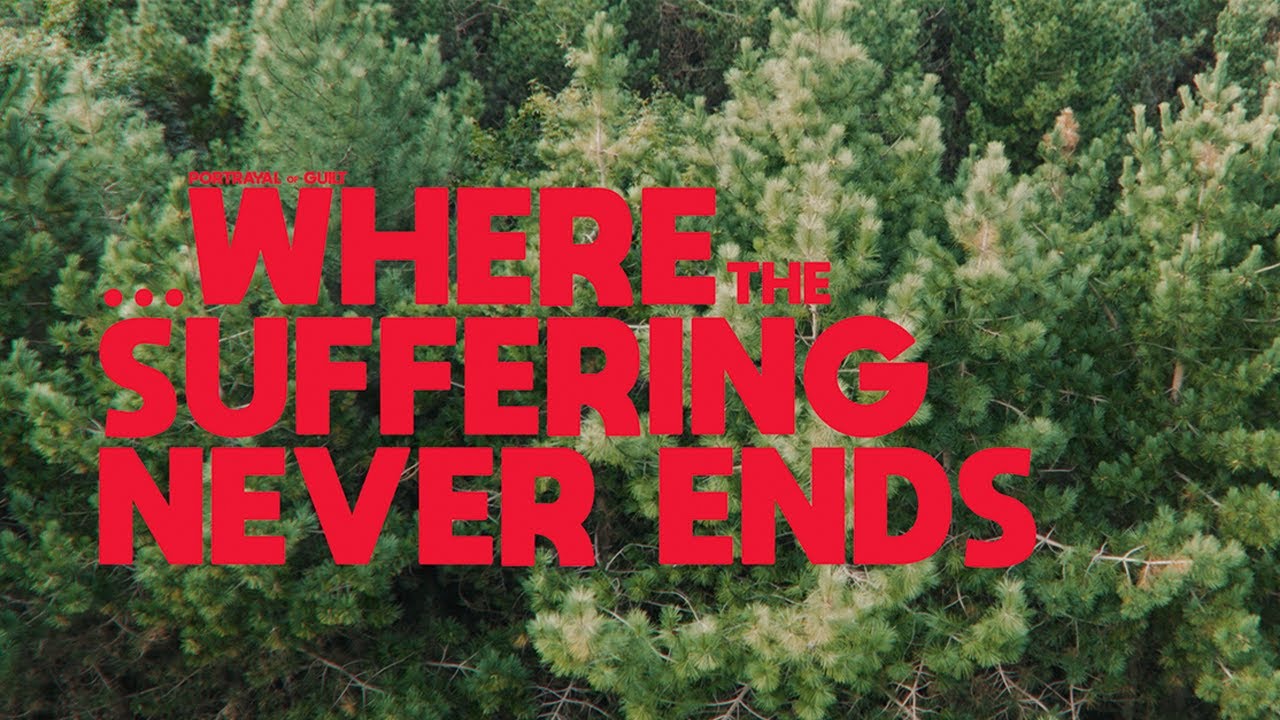