Red Fang are back with more comedy gold, this time staging their own funeral for the hilarious video for “Rabbit in Hives.”

Just in time for Halloween, the four members of Red Fang find themselves deceased. At the open-casket memorial, a host of the band’s fellow heavy rock luminaries are in attendance to pay their respects: a shirtless Matt Pike of High on Fire, members of YOB, Lord Dying, and more.

“I was surprised by the death of Red Fang,” eulogizes the band’s now jobless tour manager. “I guess a life of marginal fame and fortune takes a toll.”

One by one the guests take their turns at the podium, which devolves in a tongue-in-cheek roast of Red Fang. When it’s Pike’s turn, he unfolds a piece of paper to read a poem he “wrote”: “Carry on my wayward sons, they’ll be peace when you are done. Wear your weary heads to rest, don’t you cry no more.”

Eventually Red Fang are buried, and their tour manager stands over the grave to pour out one last beer for the late stoner metal quartet. When he tosses the tallboy can of Boneyard Beer on the freshly dug grave, the remnants of the can seep into the soil, eventually reaching the coffins below.

In a ghoulish twist, the members of Red Fang are awakened when the brew hits their lips. Turns out they just need a beer! Having been buried with their instruments, they then proceed to rock out to “Rabbits in Hives” from 2021’s Arrows.

“When I showed up at the funeral shoot I had no idea that all of these rock luminaries from the Pacific Northwest would be lavishing such heartfelt praise on the corpse of our band,” said guitarist/vocalist Bryan Giles of the Ansel Wallenfang-directed clip. “It was an honor to say the least. It’s nice to know that when our number is up we will be missed!”

Watch the hilarious and highly entertaining video for “Rabbits in Hives” below. 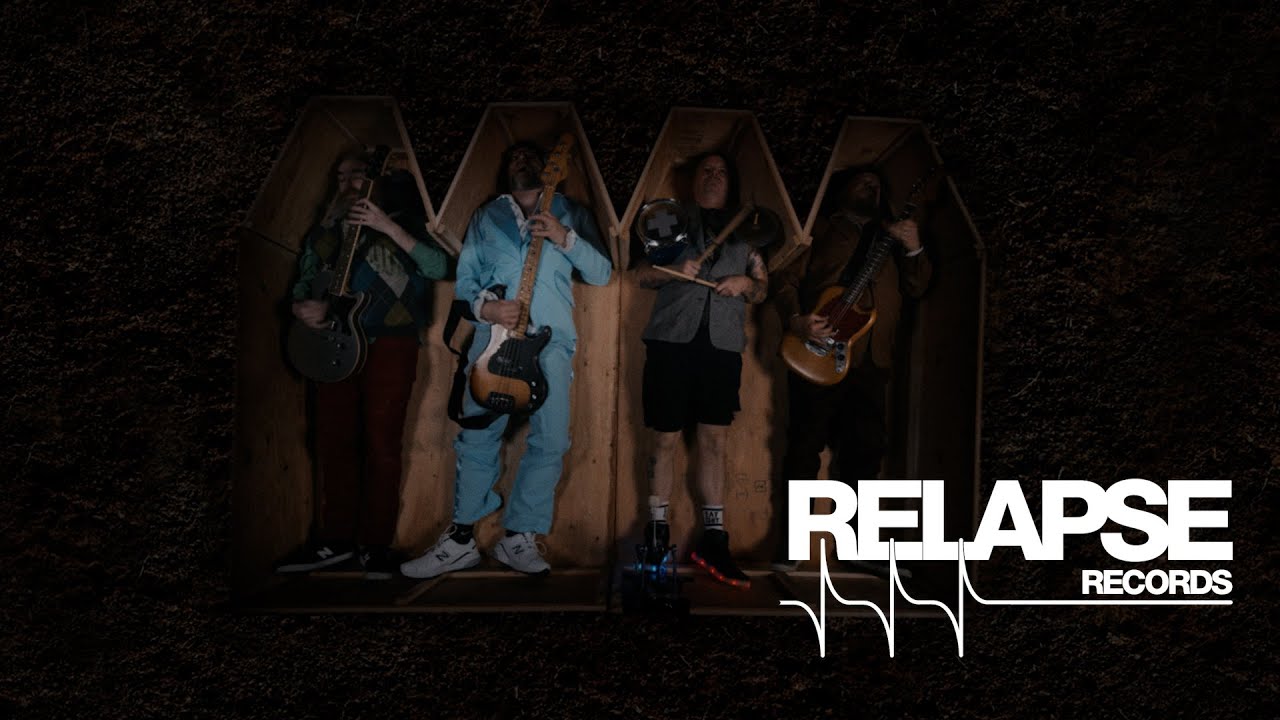 Red Fang Eulogized by Matt Pike, YOB, and More in Video for "Rabbits in Hives": Stream