Rolling Loud New York 2021 came to a close on Saturday (October 30th) after a first day dominated by hometown rappers was followed by J. Cole’s unforgettable performance in a torrential downpour.

Inclement weather was once again in the forecast, but this time around, festivalgoers came more prepared for the elements, bringing along ponchos or rain jackets. In comparison to the night before, Travis Scott dealt with lighter rain, which was probably a good thing considering how hard he and his fans raged throughout his performance.

Meanwhile, Griselda played their more traditional brand of hip-hop, and Roddy Ricch continued to develop as a star performer. A$AP Ferg took his audience’s energy levels to their max and City Morgue joined their fans in the pit. Young Nudy played one of the more laidback sets of the day, despite fans still forming mosh pits of their own.

Check out some of the most memorable moments from Day 3 below. 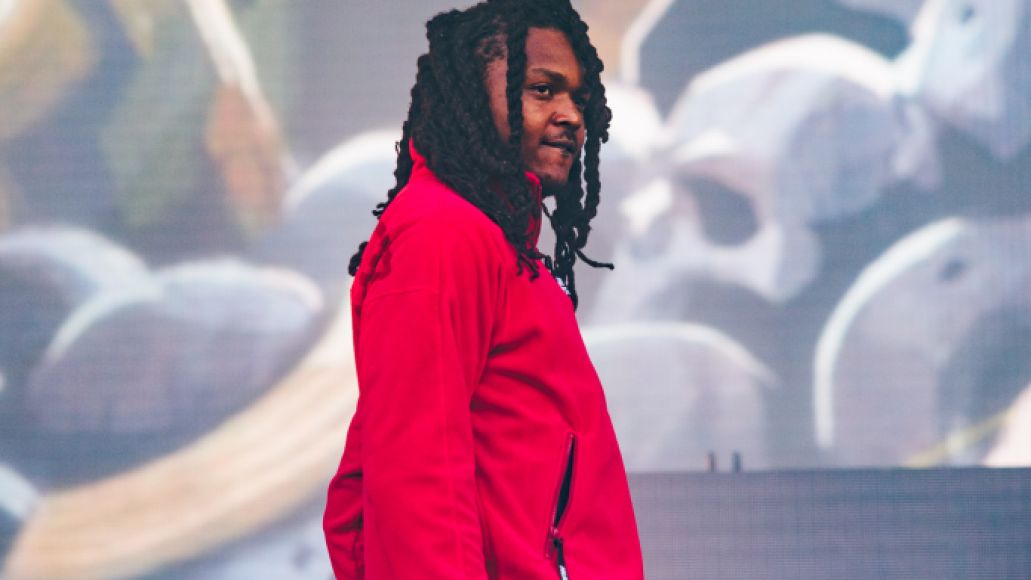 Playing a mid-afternoon set on the main stage, Young Nudy seemed at ease with a crowd containing his most loyal of followers. Dressed head to toe in red, the Atlanta Slimeball mostly pulled from his 2017 mixtape Nudy Land, breaking out fan favorites like “Hell Shell” and “Loaded Baked Potato.” In between encouraging mosh pit circles, the Zone 6 rapper praised standout costumes in the audience like a vampire with blood running down their face.

Fans of City Morgue packed in front of the second stage in anticipation of an intense set from their favorite duo, who didn’t let the audience down. From the opening notes of the appropriately titled “Neck Brace,” members of the crowd damn near snapped their own necks while headbanging and moshing to ZillaKami and SosMula’s signature blend of trap metal while shouting the lyrics back at the rappers. To the admiration of fans, ZillaKami even got in on the action, jumping into the pit for the group’s performance of “Gravehop 187.” Maintaining that same high level of energy throughout a nearly 30-minute set, City Morgue ended on a high note with “SHINNERS13” and “33rd Blakk Glass,” two of their most popular songs. 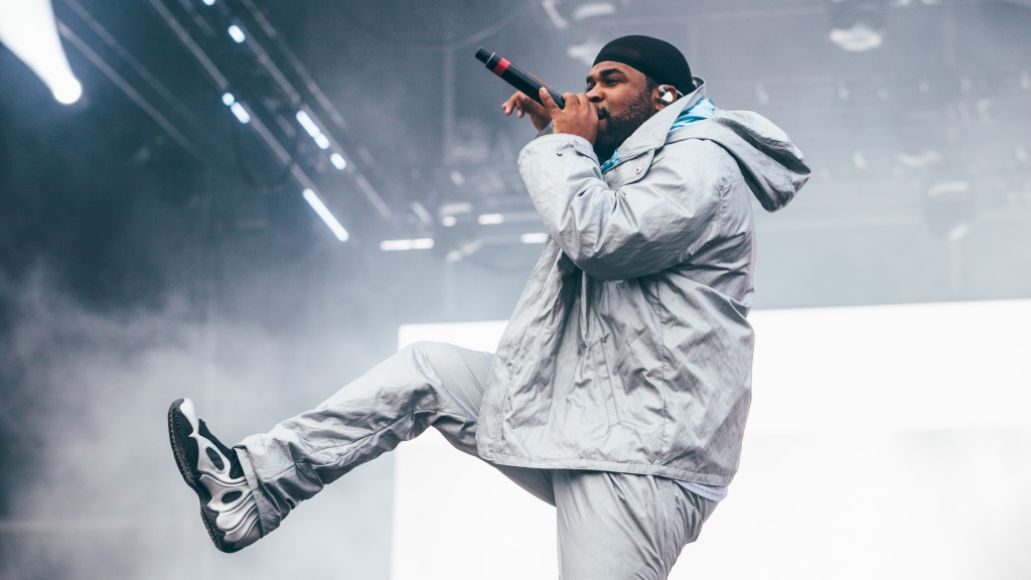 After bursting on stage with his explosive hit “New Level,” A$AP Ferg gave the Rolling Loud crowd even more incentive to “take it up to 110 percent” by reminding them that surviving through a pandemic is something worth celebrating. From the outset, fans were excited to see their hometown hero pour every ounce of energy into his performance, crowdsurfing and putting girls on shoulders at the Harlem native’s request. For their efforts, they were rewarded with hits like “Shabba,” “Work,” and “Plain Jane.”

Roddy Ricch Continued Leveling Up as a Performer 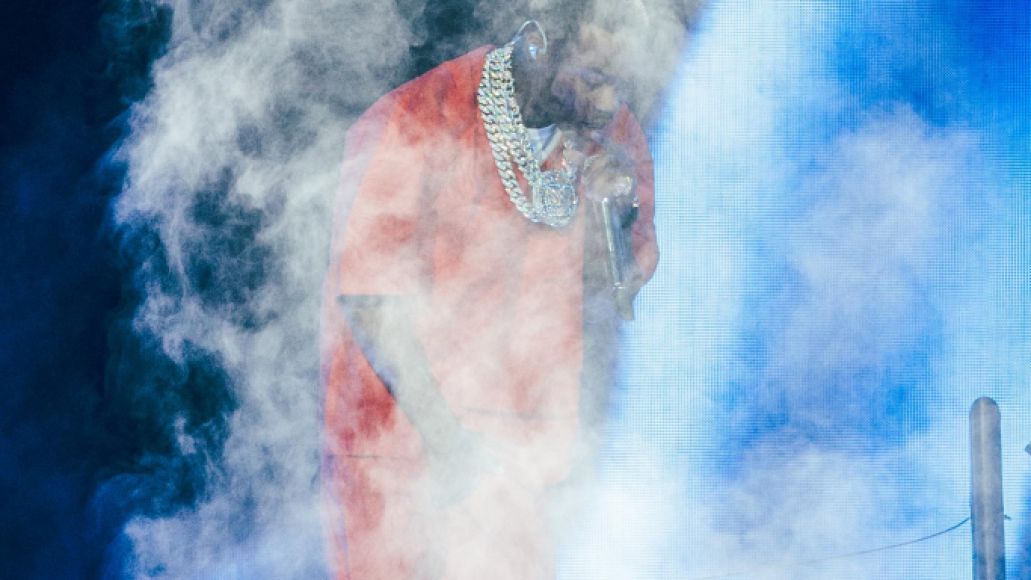 With just one studio album under his belt, Roddy Ricch is still a developing artist, but the Compton native is already savvy enough to give his performances extra depth by bringing out an accompanying drummer and guitarist rather than relying on a backing track. Although he at one point indicated disappointment with the audience’s reaction, Ricch reacted by giving the crowd extra encouragement to sing along to hits like “Die Young” and “Lemonade.” After thanking fans for allowing him to make it out of the streets, the gifted rapper also pump-faked them by seemingly ending his set without his breakout single, “The Box.” Naturally, he returned after a brief exit and taught them a lesson in patience. 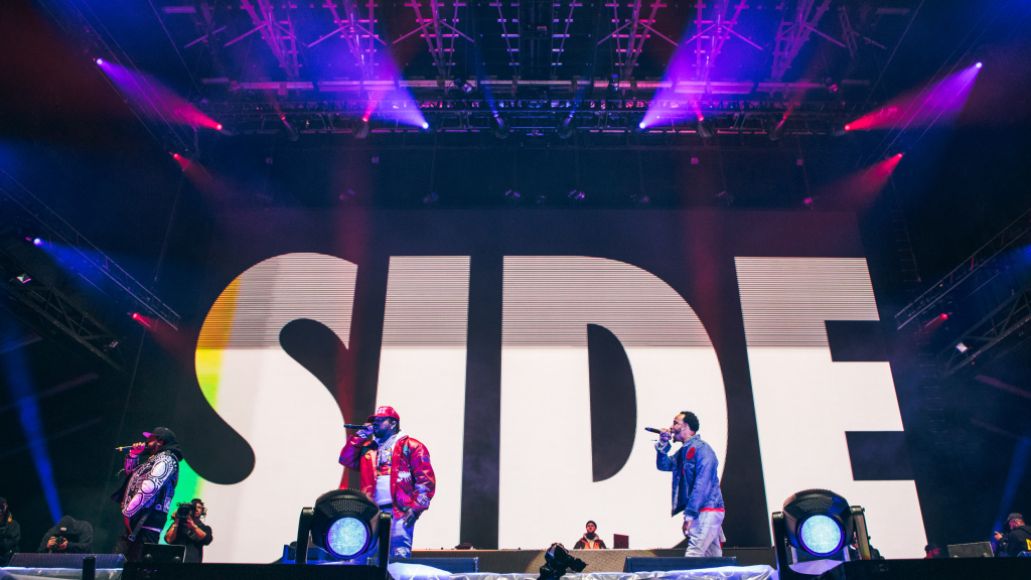 Before Buffalo’s finest took the stage, their fans got a brief introduction to the First Lady of Griselda, Armani Caesar, who proved herself to be a capable spitter in her own right. Westside Gunn, Conway the Machine, and Benny the Butcher proceeded to give a clinic in street rap. During their 40-minute set, charismatic leader WSG mostly stepped back to give Conway, Benny, and Armani ample opportunity to put on a display of their prodigious talent.

Just like J. Cole’s headlining performance one night earlier, the rain started coming down at the beginning of La Flame’s set, but that didn’t deter him from bounding across a raised platform high above the stage to an impressed audience that was ready to close out the festival in cathartic fashion. When Travis said he wanted to shake Citi Field to the ground, it didn’t seem entirely out of the realm of possibility.

Fans were so hyped to watch him play that they stood atop porta potties to get a better view, and at least one person nearly got trampled in the mosh pit. They also seemed to know every word of the songs he chose to play, seemingly ratcheting the intensity with each line. Just when it appeared that “Sicko Mode” (which saw Cactus Jack returning to the elevated platform) was the night’s crescendo, Travis ended his set with a rendition of “goosebumps” accompanied by fireworks.

Even a middle-aged father was impressed by the spectacle toward the end, taking videos of the once-in-a-lifetime experience. Especially considering the unfortunate injury Travis suffered the last time Rolling Loud took place in New York City, there was no better choice for the festival’s main headliner.