Sabaton have announced their new album, The War to End All Wars, arriving March 4th.

The LP will focus on the events of World War I, continuing Sabaton’s string of concept albums based on war history. The band previously explored the “atrocities, miracles, and events tied to the early 20th century’s World War I” with its 2019 album, The Great War.

The album was written and recorded during the pandemic. It was ostensibly set to be announced during Sabaton’s North American tour supporting Judas Priest.

Unfortunately, all remaining dates were postponed after Judas Priest guitarist Richie Faulkner was diagnosed with a serious heart condition and had to undergo emergency surgery. With the tour suddenly over, Sabaton scheduled one final headlining show for September 29th at the Ogden Theatre in Denver.

The War to End All Wars will be digitally and on CD, vinyl, and cassette. Worldwide, there will be whopping 14 vinyl variants and seven different cassette variants of the release. Pre-orders are available via Nuclear Blast Records.

See the album artwork and tracklist and watch footage of Sabaton’s final show of 2021 below.

The War to End All Wars Artwork: 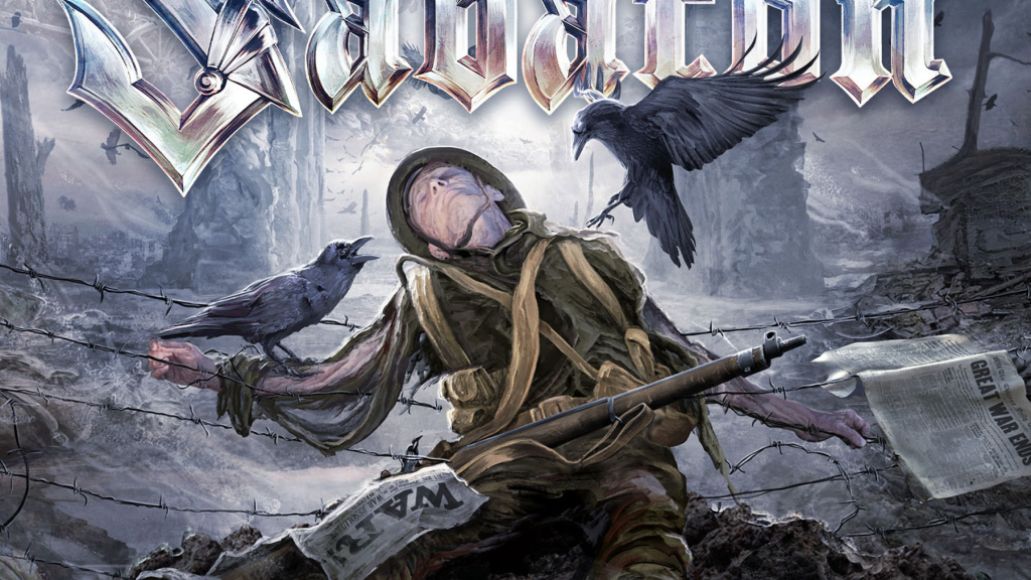