“Just to See You Smile” reigned atop the country charts for 42 weeks between 1997 and 1998, and Tim McGraw has performed it hundreds of times. It’s one of the 54-year-old’s signature songs, but on Saturday night at the Nugget Event Center in Reno, Nevada, McGraw forgot about half the words. Footage obtained by TMZ reveals the pause-filled performance, as well as scattered booing. McGraw responded by jumping into the crowd to confront some of the jeering fans.

“Why are you doing that?” McGraw demands in one of the videos. The response is inaudible, but McGraw quickly says, “Then leave!” to laughs and applause.

Later, McGraw explained to the audience that he was struggling with exhaustion. “I don’t know how many of y’all know this, but we’re shooting a film, [Yellowstone prequel] 1883… Last week, we shot for 48 hours straight for two days.”

“And we showed up to do a show for you guys tonight because we love you… If I forget words tonight, just know: I’m old, and I’m shooting a movie… So if I forget the words, sing along and help me out.”

Check out footage of the off-stage confrontation below, and head over to TMZ for clips of him forgetting the lyrics and his subsequent explanation. 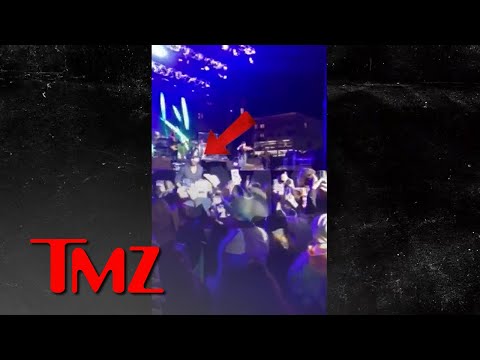