Every week, our new music feature Rap Song of the Week breaks down our favorite rap tracks of the week. Check out the full playlist here. Today, Young Thug shares his posthumous Mac Miller collaboration “Day Before.”

Thugger kicks off the track with a shoutout to Snoop Dogg before going into tales of self-defense (“I ain’t tryna give him a chance to kill me or take the stand on me”) and a relationship gone bad (“I had feelings for this girl that barely owned a residence”). However, the song goes to another level when he hands over the reins to Miller.

Sampling fuzzy acoustic guitars from “charlie brown” by Toronto bedroom pop singer Verzache, the “Day Before” production is reminiscent of Miller’s later work on Swimming and Circles. So it’s likely no coincidence that the Pittsburgh native’s verse includes a lyric about “swimmin’ in the linen like deep-end.” The rest of it almost makes listeners feel like Mac’s still here, as he raps about enjoying the simple things while also living life his own way.

Miller’s 2014 mixtape Faces was just released on streaming services for the first time today, making it a special one for fans of the talented musician who we lost far too young. Long live Mac Miller. 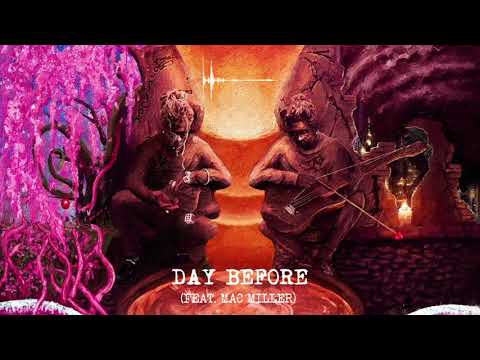 Rap Song of the Week: Young Thug Remembers the "Day Before" with Mac Miller