“To be loved and love at the highest count, means to lose all the things I can’t live without.” When Adele croons that line on the devastating piano ballad “To Be Loved,” one gets the impression that it is not only emblematic of her latest album, but also the journey of the past six years of her life.

On the surface, 30, out Friday (November 19th), could be perceived as a divorce album, but it’s more than that: It’s about depression, new love, rebirth, choosing the harder road even if it means self-preservation. Here, the singer digs deeper than she ever has before.

Though Adele has always mastered the art of remaining notoriously private, despite being one of the biggest pop stars in the world, 30 unveils the extreme change she’s experienced over the years.

The world has been growing with Adele since the release of her striking 2008 debut 19, which revealed a young artist as an “old soul.” Her 2011 follow-up 21 channeled the painful emotions of a failed relationship with balladry, blues and soul. Just a year later, she’d give birth to her son, Angelo, and in 2015 she’d stray from the breakup narrative that came with her previous work with 25.

What remained consistent throughout each release was the singer’s powerhouse vocals — brassy falsettos that could have been the lovechild of Amy Winehouse and Celine Dion.

That hasn’t changed with Adele’s latest record. What has is how unflinchingly honest she’s become. It’s not that she hasn’t been in her previous work; introspection has been at the heart of many of her best songs, as she’s meditated on her reluctant acceptance to grow older (“When We Were Young”), taken aim at gossiping friends (“Rumour Has It”) and unleashed rage over a cheating ex (“Chasing Pavements”).

But with 30, Adele is more personal than ever — the details are more precise, the emotion is rawer. Since the release of 25, Adele has endured a massive upheaval in her personal life. She married her longtime partner Simon Konecki in 2018 after nearly seven years together and filed for divorce just one year later. She’s spent the past nine years raising her son. She visibly lost weight, which has generated a plethora of unwarranted opinions. Her once-reclusive existence is no longer.

For Adele, 30 is an emotional breakthrough — a refreshingly candid body of work that is revelatory. While the album is about “divorce, babe,” the record’s 12 songs go deeper. Divorce is really just the beginning. 30 chronicles Adele’s journey to be the best version of herself possible — something that made her marriage collateral damage. And in parting ways, she knew that she’d leave her son with a plethora of unanswered questions. She explores the loneliness that follows in living and being alone and creates a future space for her son to understand why she had to leave.

There are only a handful of songs whose focal points are the end of her marriage — but it would be too simple to categorize them as such. The album’s lead single “Easy On Me” is both a plea to her son for understanding, and a reflection of how much self-discovery she hadn’t done yet. “I was still a child/ Didn’t get the chance to/ Feel the world around me,” she sings with an airy lilt.

“I Drink Wine,” which has become an internet sensation even before its release, is a ballad full of difficult realizations about the state of her marriage and life: “You better believe for you I’ve cried high tides/ ‘Cause I want you so bad but you can’t fight fire with fire.”

On the gospel-tinged “My Little Love,” she offers an apology to her son, and at its conclusion features a soundbite from a therapy-like session — something that provides context for her headspace, but isn’t a necessary addition to the record. Most painful are the tracks where Adele is battling herself. On “Hold On,” she self-soothes with affirmations as she falls apart, while still finding ways to be grateful for the journey. “Sometimes loneliness is the only rest we get,” she insists, crystalline vocals bursting.

30 is also Adele’s most sonically ambitious record yet. It’s so cinematic that at times it feels like its soundtracking a classic film. “Cry Your Heart Out,” while detailing the singer’s all-consuming depression, is an uptempo doo-wop jaunt with a reggae-tinged chorus. Sweeping strings combine with the wonder in Adele’s vocals on opener “Strangers By Nature,” and closer “Love Is a Game” evokes a wistful Judy Garland.

“Woman Like Me,” an R&B ode to heartbreak that doubles as a kiss-off, sees Adele channel Sade in a sensuous chorus. Adele also tackles the other side of divorce — the exciting and breathtaking parts of a loving relationship. “Can I Get It,” a ‘70s rock-inspired track about feverish love, sees Adele entering more sensual territory, while the smoldering “Oh My God” pays homage to the joys of hook-ups (and will hopefully emerge as a club-ready anthem).

On 30, Adele mourns the life she had and knew, but it pries the singer’s heart and mind open in a remarkable way that’s never been seen in her work before. What she’s lost doesn’t compare to what she’s gained — and that’s a fresh start and an even fresher sound.

Essential Tracks: “Easy On Me,” “I Drink Wine,” “Cry Your Heart Out” 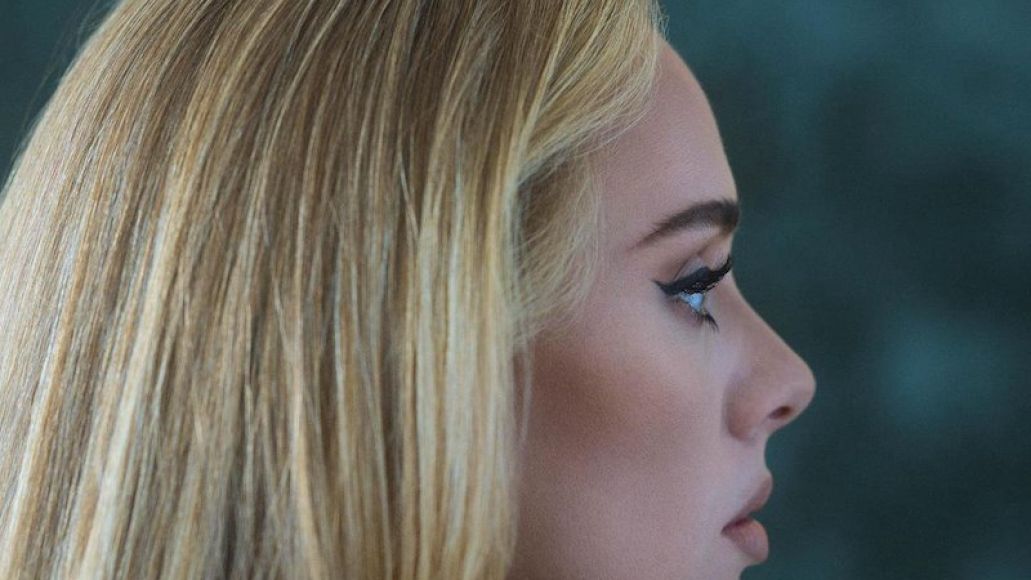