It’s the holiday season, and Ana Gasteyer is booked.

The Saturday Night Live alum, who’s about to return to the road with her “Sugar & Booze” holiday tour, is heading to the premiere of the new Julia Child documentary when Consequence catches her over the phone. “Martha Stewart is going to be there,” she says with emphasis. “So I have to go get my hair done.”

Gasteyer, of course, famously portrayed Stewart during her time on SNL, in addition to being part of other favorites like NPR’s Schweddy Balls. There’s Mean Girls, there’s time spent on Broadway, there’s the more recent Hulu holiday film Happiest Season — Gasteyer is a multi-hyphenate who has been on our screens and stages for years.

Fittingly, her holiday tour is a rousing, cabaret-style evening. “There’s an intimacy and groundedness that comes from performing with a live band,” Gasteyer explains. She acknowledges the glamor that comes with working extensively in television, while also alluding to the bubble that can accompany the career. Gasteyer, who is from the midwest, says that stints like this provide her with an “electrical grounding” of sorts — and that she’s expecting at least thirty cousins to show up over the course of the tour. 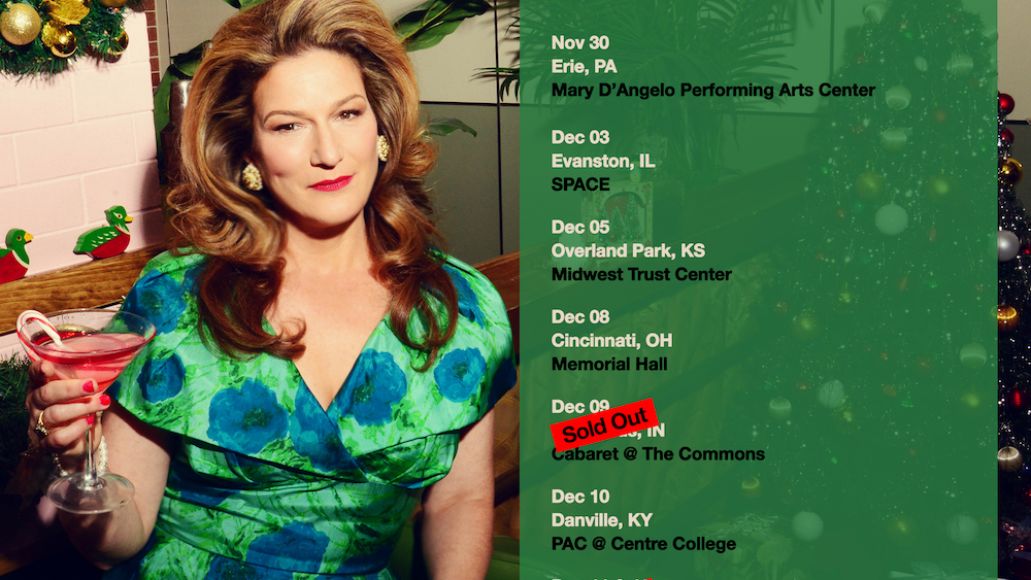 The conversation winds to the overabundance of holiday content these days, which is part of the reason Gasteyer teamed up with longtime friend and fellow SNL alum Rachel Dratch for A Clüsterfünke Christmas, a new movie designed to spoof the bloated and beloved Hallmark subgenre. “We would laugh until we wept every day,” she says of writing with Dratch.

“I wanted to make the perfect parody,” she continues. “I wanted to make Airplane for Hallmark movies — Comedy Central is calling it a ‘loving homage.’” The movie, which co-stars Gasteyer, Dratch, and Cheyenne Jackson, will premiere on December 4th.

Looking towards the new year, Gasteyer will be returning to NBC with American Auto, a single-camera sitcom set in the automotive industry in Detroit from the folks that brought Superstore to the air. “It feels like it’s a part of that NBC family, like The Office and Superstore and Parks, but also feels very much of the moment,” she explains. The pilot will be previewed on December 13th before the show arrives officially in 2022.

In the meantime, the “Sugar & Booze” tour kicks off November 30th in Erie, Pennsylvania. “People go to the trouble of putting on their Christmas sweaters and coming out for a good time,” she says of these shows. I’m just happy to be part of that.”

Ana Gasteyer on Her Sugar & Booze Tour, Making a Holiday Movie Parody with Rachel Dratch: "We'd Laugh Until We Wept Every Day"