BTS gave the world “Permission to Dance” on the latest episode of The Late Late Show with James Corden, while also mending bridges between the show’s host and their ravenous fans.

Corden had joked about BTS kicking of the United Nations General Assembly and referred to the group’s fans as “15-year-old girls.” RM consoled him, saying, “You’ve been in some hot water with Army. Are you all right, James?” Corden winced through the reminder, recalling, “Someone’s just told me they hope I die today — which did feel extreme.” But with the air cleared, the band returned to calling him by their affectionate nickname Papa Mochi.

When it came time for “Permission to Dance,” the Bangtan Boys performed in front of thrilling projection screen display. They danced in a graffitied urban landscape and up in the clouds in a joyous celebration of movement. Check out that, as well as the interview, below.

BTS recently teamed up with Coldplay for “My Universe,” and last weekend they performed the track at the American Music Awards. At the same show, they made history as the first Asian act to win Artist of the Year. While they were only nominated for one 2022 Grammy Award, they have more luck in 2023, since there’s evidence they’re readying a new album. 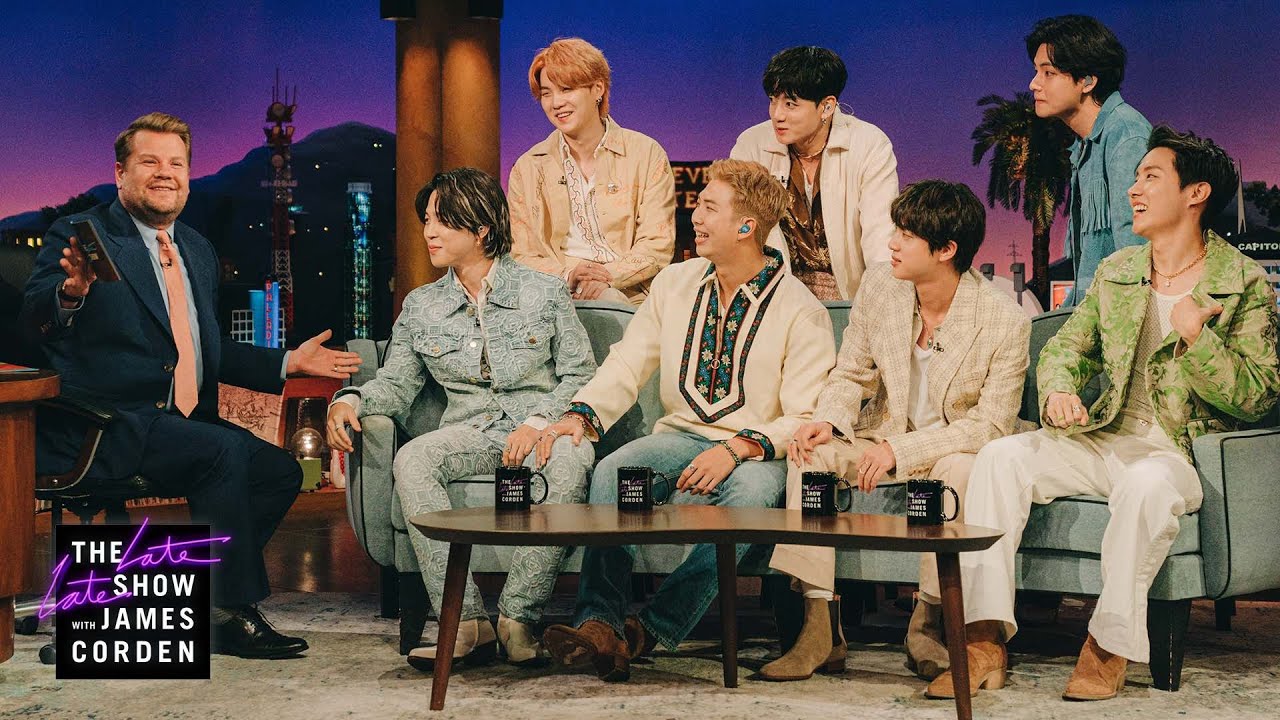