3,2,1, Let’s Jam: In a far-flung future where the solar system has been colonized and Earth has become uninhabitable, civilization has spread out into a new Wild West filled with grifters, terrorists, con men, and criminal syndicates. Among the rabble, there are a few intrepid souls who set out to collect the most dangerous bounties in the system… or at least scrounge up enough cash to keep their ship running. You might call them bounty hunters; they prefer cowboys.

Two such cowboys are the crew of the run-down starship BeBop: Spike Spiegel (John Cho), a former Syndicate enforcer starting his life over, and Jet Black (Mustafa Shakir), a divorced ex-cop trying to make ends meet and be a good dad to his daughter. But the more they try to run from their shadowy pasts, the more those pasts sprint to catch up — including Spike’s former partner turned nemesis Vicious (Alex Hassell), who’s making a play to take over the Syndicate itself.

Still, that’s not about to stop them from trying to bag the biggest country heads around, from drug-smuggling couples to eco-terrorists and beyond. And they’ll pick up a fellow cowboy named Faye Valentine (Daniela Pineda) looking to uncover her past, and a super-smart Corgi along the way.

Lost in Translation: It’s hard not to feel bad for Netflix’s live-action adaptation of Cowboy Bebop; Shinichiro Watanabe’s 1998 series is one of the most popular, influential anime series of all time, particularly in the States, where its jazzy, eclectic mix of Eastern and Western influences make it innately accessible for Western audiences who don’t typically watch anime.

Developer André Nemec and head writer Christopher Yost (who worked on The Mandalorian; space bounty hunters seem to be his jam) had an uphill battle ahead of them: adapt the anime too slavishly, and it’ll be accused of being an uncreative shot-for-shot remake; deviate too far, and anime die-hards would turn on you. Unfortunately, in trying to thread the needle between both approaches, the new Cowboy Bebop tries to serve two masters and ends up satisfying neither.

The biggest hurdle is the show’s visual style, which limply attempts to recreate the vibrant, vivid animation and stark compositions of the original and fails mightily. Live-action films and shows have succeeded before in approximating the fluidity and feel of anime before; look at Speed Racer, or Scott Pilgrim vs. the World, or even the wild comic-book eye of Robert Rodriguez.

But Bebop filters so many of the original show’s moments — many of them lifted wholesale — through the muggy filter of modern, Netflix-ready cinematography. It’s the kind of flat, even lighting you use during production to make color grading and CG incorporation easier, but which robs individual shots of their character. Compositions attempt a kind of comic-book style, with Dutch angles and ’70s zooms, but it’s more laughable than evocative.

Even Yoko Kanno’s jazz-drenched score and songs are largely ripped wholesale from the anime, familiar tracks reused and jumbled up in strange contexts that feel motivated by little more than “the fans’ll recognize this.” (There are some new tracks, but they don’t make the same impression, and one character sings a torch song late in the series that’s almost laughably out of step with the rest of the soundtrack.)

By now, you’ve all seen the comparison tweets that Netflix’s official Twitter account for the show has happily shared, lining shots from the anime up with their modern counterparts, seemingly ignorant of how brown, desaturated, and lifeless the new versions feel. Sadly, those moments are far from isolated: Cowboy Bebop can’t try to escape the cheap feeling of all of its closed-off Australian soundstages, and its attempts to lean into that sparseness as some kind of arch style feels insincere. 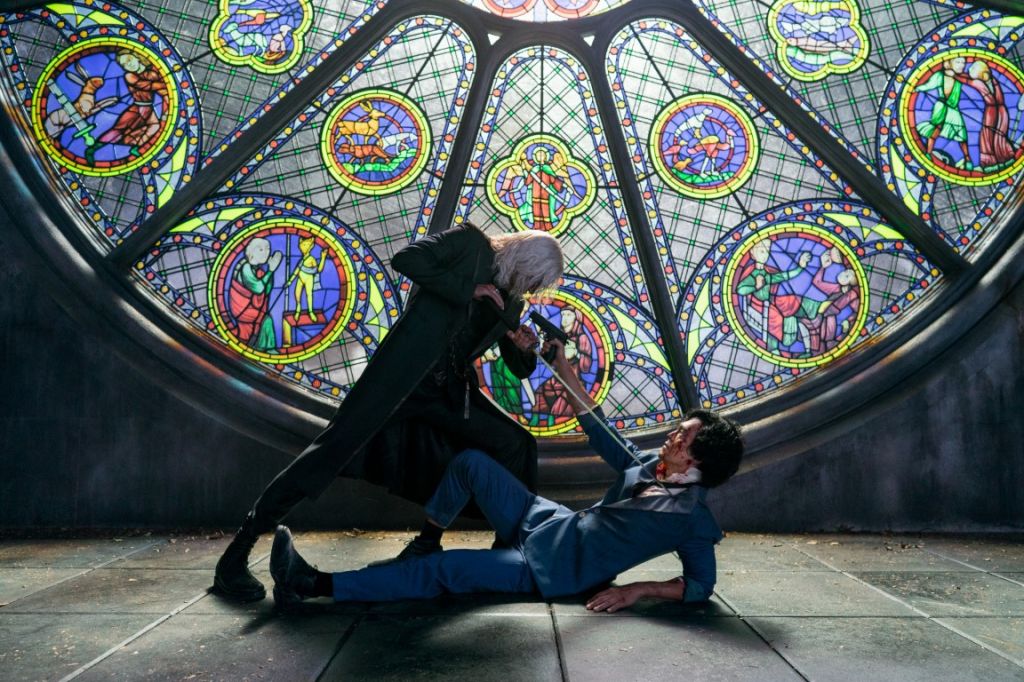 Death of the Cool: New Bebop also suffers from structural issues the anime never had to contend with. The original was a largely episodic affair, each episode seeing the crew take on a different “bounty” in a different planet or space station with its own flavor. There were overriding story arcs (like Spike’s feud with Vicious), but by and large, those were isolated to their own episodes, allowing the show to toy with genre and style in each segment.

But new Bebop fits the Netflix mold of serialized prestige television, where individual episodes give way to a “ten-hour movie” approach that lets down the dynamism of the individual bounties. Now, Vicious and his paramour/Spike’s lost love, Julia (Elena Satine), are center stage too, the show following their navigation through the politics of the Syndicate with the same interest it does Spike, Jet, and Faye’s bounty-hunting.

The problem is, only one of those plot threads — the colorful bounty hunting — is interesting, and Hassell and Satine aren’t giving vivid enough performances to elevate their material. But without them, Netflix can’t stretch these episodes out to a nearly-punishing 45-minute average runtime, instead of focusing on the few things that do slightly work here.

Granted, there are slivers of entertainment, even as a Xeroxed copy of the anime: While not great, the central leads do at least offer us an approximation of the characters we know and love. It’s nice to see Cho take on a nice, meaty action-heavy role like this, and he fits the iconic blue suit nicely, but he can’t quite capture Spike’s uniquely poetic brand of nihilism. (It doesn’t help that all of his fights feel like they’re performed at rehearsal speed.) Pineda suffers the most, squeezing a decently idiosyncratic performance (I like her instincts as an actor, and she’s compelling on screen) into the confines of a Joss Whedon-esque Badass Girl that affords her too few moments of vulnerability.

Shakir’s Jet is probably the most unscathed by this translation, but that’s mostly because he nails the affectations of the original to a tee, right down to a booming baritone that sounds just like Jet’s English dub actor, Beau Billingslea. But when the highest compliment you can pay is that someone nailed an imitation spot on, that doesn’t speak highly of the show’s ability to stand on its own. 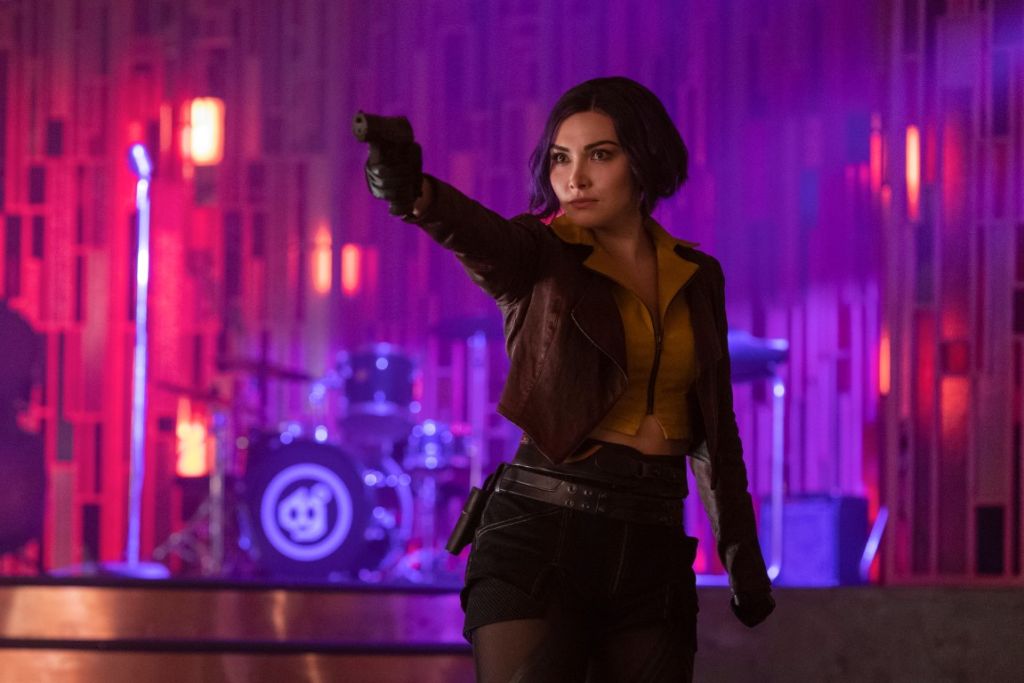 The supporting cast fares little better, with a few exceptions: Tamara Tunie’s Ana (an original character with no anime counterpart) holds a world-weary ferocity that makes her an acceptable intermediary between Spike’s carefree bounty life and his Syndicate past, and Adrienne Barbeau puts in a delightfully arch turn in one episode as a matriarchal eco-terrorist who wants to turn everyone into trees.

Otherwise, the characters and situations they port over to the anime feel like watered-down versions of the “real” thing. Their Pierrot Le Fou, originally a supernatural madman of terrifying power in the anime, is now a cackling cartoon with goofy rocket boots. Mason Alexander Park’s take on Gren, now a non-binary host at Ana’s club, gets barely anything to do.

The show wedges in one powerful setpiece after another from the original show in odd places, with half the energy and emotion Watanabe’s take throws in. Somehow, each episode takes twice as long to tell the same stories half as well, with the pernicious expectations of the streaming age that every episode has to connect to the next.

See You, Space Cowboy: Believe me, I’d love nothing more than to judge Bebop on its own merits — and hopefully, people who try it out and find themselves drawn to the world will flip a few rows down their Netflix app and try out the original anime. A smart showrunner would have positioned this show as an accompaniment to the anime, rather than a lifeless remix of elements the original show already did so much better.

There are short glimmers of hope every couple of episodes, indicators that the creators know what made the original Cowboy Bebop work and wanting so badly to replicate it: a fun exchange between Spike/Jet/Faye here, a background brawl while Jet watches his daughter’s school play through VR goggles there. However, this is a show that can’t quite capture why its creators wanted to remake their inspiration in the first place, and instead feels like a lazy, poorly-mixed cover of your favorite song. Simply put, Netflix’s live-action adaptation of Cowboy Bebop is bean sprouts pretending to be bell peppers and beef. 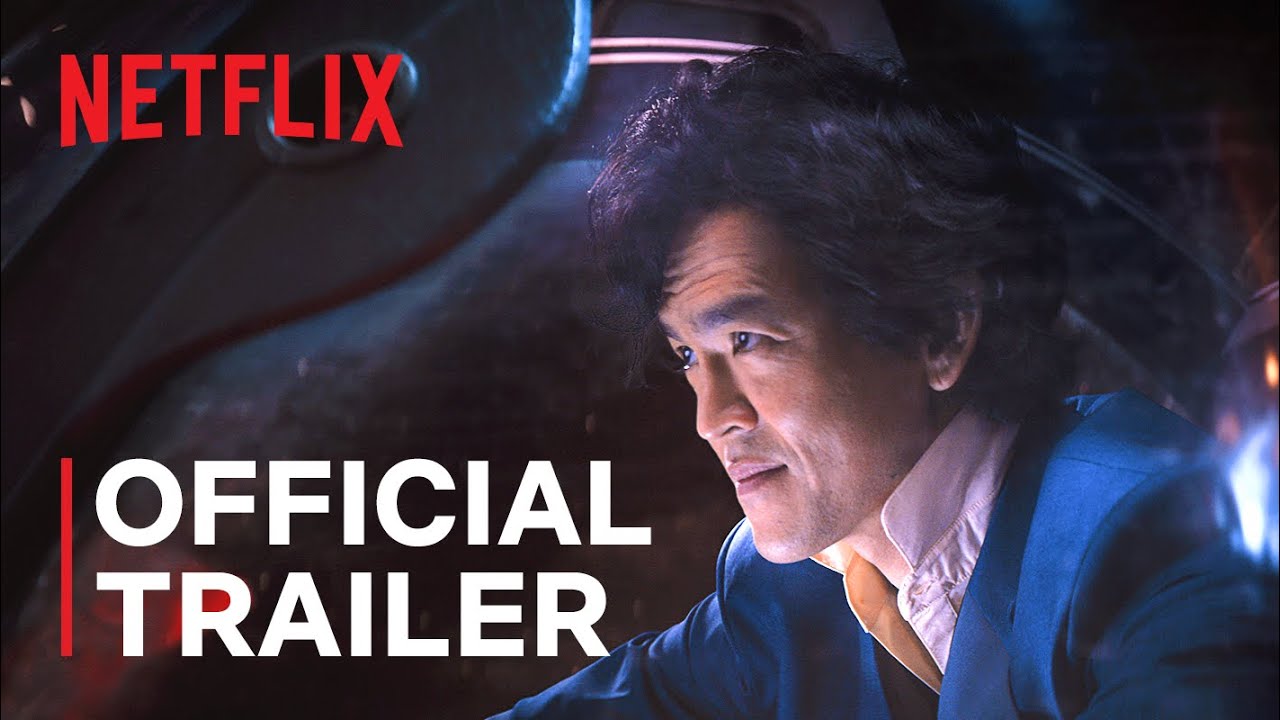