Now that Bright Eyes have made their long-awaited return, Conor Oberst is redirecting his attention back to another old project in his repertoire. Today, Oberst’s punk band, Desaparecidos, have announced their first live album, Live at Shea Stadium, which is due out April 1st, 2022 via Freeman Street and Shea Stadium Records. As a preview, the band has shared the live rendition of their 2015 track, “MariKKKopa.”

The album was recorded in June 2015 at Brooklyn’s now-defunct DIY venue Shea Stadium (not to be confused with that now-defunct Shea Stadium in Queens). “The theme of this album drops us right where we left off in many ways,” says Shea Stadium founder Adam Reich, who produced the album. “The songs from [Desaparecidos’ albums] Payola and Read Music/Speak Spanish resonate now more than ever, in a world increasingly consumed by the hypocrisy of what’s happening around us. Our eyes may be open wider now, but we’re still seeing the same shit.”

“Shea Stadium was the underdog of the underground; a second floor warehouse space that we called home,” adds Alex Orange Drink of The So So Glos, who opened for Desaparecidos that evening. “We were honored to open the show. Having toured together and spent time in Omaha appearing on the record, it was a special night for us. It felt right to open up the doors and our hearts to them, to spread love the Brooklyn way.”

Live at Shea Stadium will be available on black, green, and white vinyl variants. Pre-orders are ongoing.

The live version of “MariKKKopa” encapsulates that inimitable energy of Shea Stadium, acting as a bookmark of a bygone era in Brooklyn’s DIY history. Stream it below, followed by the album’s artwork and tracklist.

Oberst and Waxahatchee’s Katie Crutchfield recently spoke to Consequence about their return to live music. Oberst’s last album with Bright Eyes, Down In the Weeds Where the World Once, arrived in 2020. 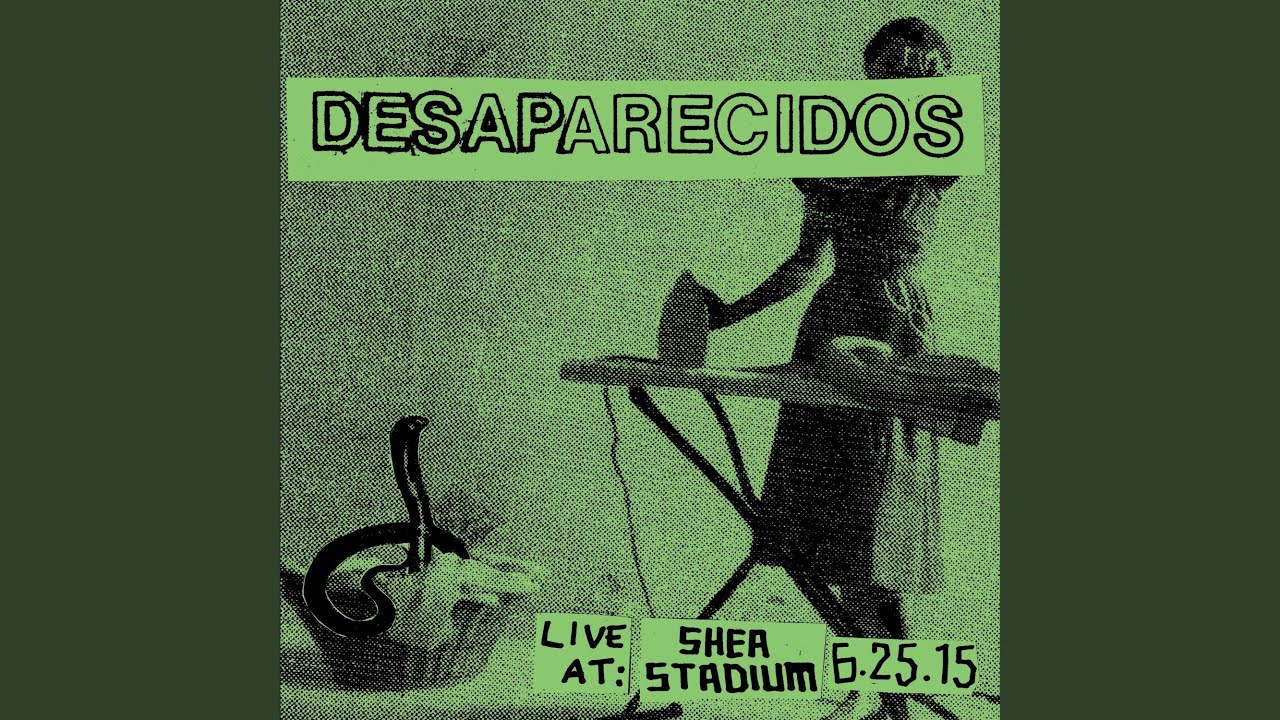