Madman Across the Water was part of the “blink and you’ll miss it” phase of Elton John‘s career.

Still legally Reginald Dwight until shortly after Madman‘s release in November 1971, the burgeoning British artist released a dizzying six albums during his first four years of recording, including the soundtrack for the 1971 film Friends and the 17-11-70 live album. The pace was so fast — even furious, given his legendary temperament — that it was hard at that time to take the full measure of where everything fit into that still young career.

In that context, time has been good to Madman. It was successful at the time in the US — Top 10 on the Billboard 200, certified gold three months after its release (eventually double platinum) — but somewhat of a disappointment in England, where it peaked at No. 41 on the UK Albums Chart. That weighed heavily on John, especially in the wake of his Elton John and Tumbleweed Connection albums, both released in 1970 (and both of which went Top 5 in each country).

Biographer Philip Norman notes in 1991’s Sir Elton that it was a “make or break time” for John in his homeland, pushing to “silence for all time the critical chorus which dismissed him variously as a publicist’s hype, a late-night BBC2 fad and a hula-hoopish American flavour of the month.”

For all that pressure, perhaps perceived and self-inflicted, John came into Madman prepared and seemingly confident. He writes in his autobiography ME that the recording took just four days at Trident Studios in London. “It was supposed to be five,” he says, explaining that they lost a day when Paul Buckmaster spilled a bottle of ink on the only copy of his score, forcing him to re-compose the arrangements. “I was furious. It was an expensive mistake to make, and we stopped working together for decades afterwards. But I was also quietly impressed when he wrote the whole score again in twenty-four hours. Even when Paul screwed up, he screwed up in a way that reminded you he was a genius.”

Madman also spotlighted the early genius of the John and Bernie Taupin songwriting team. Despite the professed desire for hits, the album is decidedly uncommercial. Only one of the nine tracks, the coda “Goodbye,” runs under four minutes, and the singles “Tiny Dancer” and “Levon” weigh in at more than five and six minutes, respectively. There’s an abundance of melody and even a fair share of hooks, but those are sophisticated and at times subtle — and, in the case of Buckmaster’s string signature on “Levon,” come late in the songs rather than hitting the listener square from the start. It’s rich and cinematic, not immediate, and there’s an abundance of musical nuance that’s revealed with each subsequent listen. 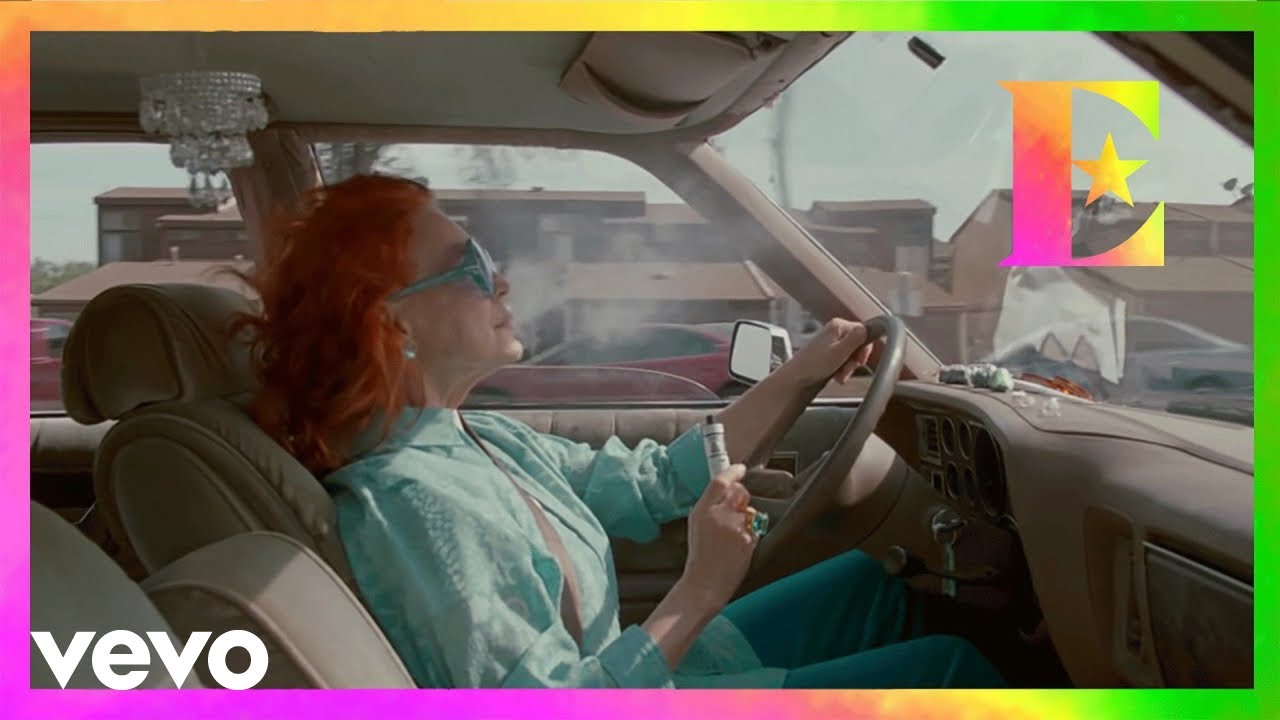 Those virtues and charms make Madman as much a masterwork as anything in John’s catalog — something he grew to realize upon reflection. “I love Madman Across the Water,” he writes. “It’s not particularly commercial, there were no huge smash singles, and the songs were much longer and more complex than I’d written before.” Because of that, Madman was crucial in establishing John as an artist before he became a hit-factory sensation with the following year’s “Rocket Man.”

The real context for Madman can be found in Tumbleweed Connection, where John and Taupin truly began to explore their interest and passions for American art and culture, and especially the mythology of the Old West. But if Tumbleweed was a theoretical view from afar, Madman was, as John writes, “like a diary of the last year” spent on the road in the US, soaking up the realities of the land he and Taupin had been introduced to on TV and in movie theaters and literature.

“Going to America was eye-opening,” Taupin has said. “We’d grown up with this idea that John Wayne was walking down every street with his guns, shooting the bad guys. Obviously, [that was] not the case. And what we did find was so much more interesting.”

Taupin certainly gave John an array of characters to end his voice to on Madman. “Tiny Dancer” came directly from their first trip across the pond; The “blue jean baby, LA lady, seamstress for the band” was Maxine Feibelmann, who became Taupin’s girlfriend and then first wife in 1971, and song is dedicated to her in the album credits.

“Levon” portrayed what John described as “a guy who just gets bored doing the same thing” and references a real New York Times headline from March 24, 1968 about shifts in religious doctrine. The title track was decidedly not about then-U.S. President Richard Nixon, as some surmised, but still cuts a sinister figure. 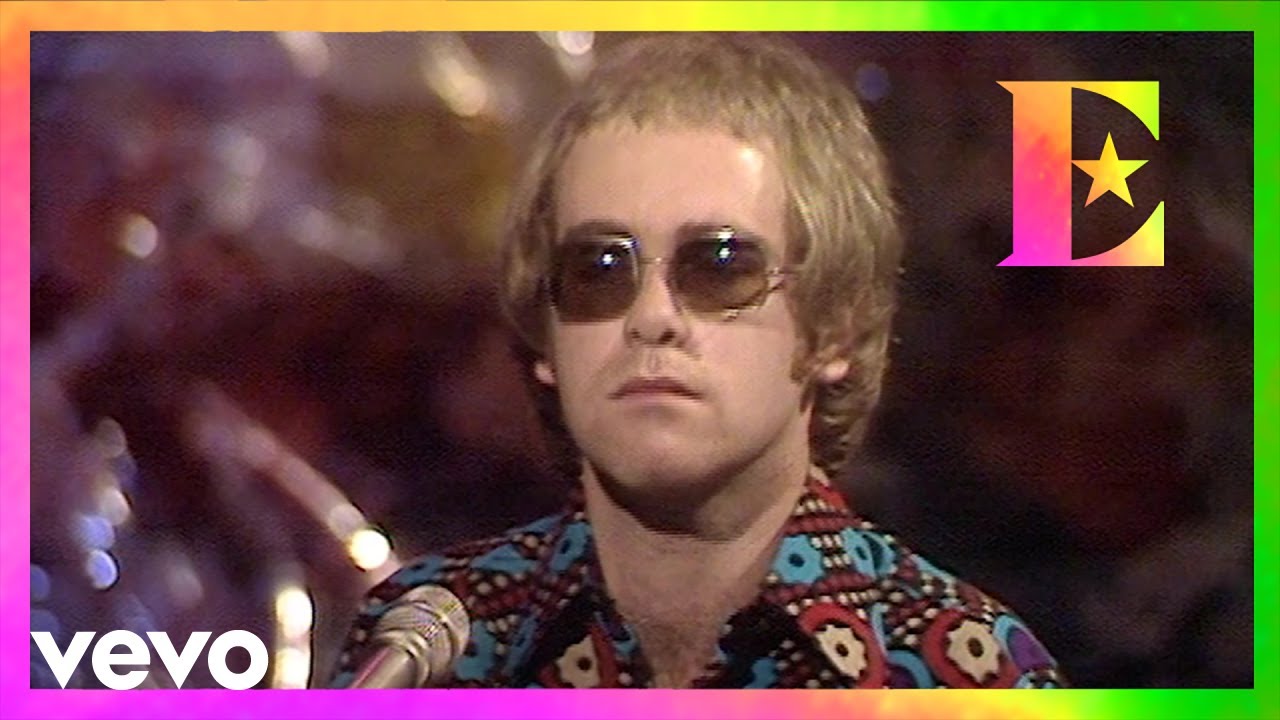 Elsewhere, “Holiday Inn” is a road song, while “Razor Face” and the narrator of “Rotten Peaches” have the makings of Quentin Tarantino film characters. On “Indian Sunset,” meanwhile, Taupin pleads the case for First Nation Americans after learning that the cowboys weren’t always the good guys.

“All the Nasties,” meanwhile, cut particularly close to the bone for the then still-closeted John. The song, he writes in ME, “was about me, wondering aloud what would happen if I came out publicly. IF it came to pass that they should ask — what would I tell them? Would they criticize me behind my back? Maybe I should let them.” He then notes, wryly, that “not a single person seemed to notice what I was singing about.”

Instrumentally, Madman was what Norman calls “a tour de force of shivery English violins and elegant American steel guitars, shot through with a dark cynicism and apocalyptic pessimism for which Leon Russell clearly must take much credit.”

Producer Gus Dudgeon brought in a small corps of session players (touring bassist Dee Murray and drummer Nigel Olsson only plays on one track, “All the Nasties”), but one in particular would have staying power. Davey Johnstone came from the band Magna Carta; an acoustic player by nature, he played guitar, mandolin and sitar and impressed John enough to ask Johnstone to join the band. “I’d been thinking about expanding the trio to include a guitarist for awhile,” John writes, though Dudgeon advised against Johnstone because of his lack of experience playing electric guitar.

“It was a very persuasive argument,” John acknowledges. “I ignored it and offered Davey the job anyway.” Smart move, that; Johnstone remains with John to this day, and his solos on “Funeral For a Friend/Love Lies Bleeding” alone show how comfortable he became with the electric guitar.

Fifty years later, much of Madman‘s reputation rests on one track — “Tiny Dancer,” and primarily thanks to its inclusion in a key scene for Cameron Crowe’s 2000 film Almost Famous. You’ll recall the tour bus full of musicians and hangers on singing along to it as a soothing balm amidst some serious infighting.

John recounted to Rolling Stone in 2011 that “[Dreamworks SKG co-founder] Jeffrey Katzenberg called me and said, ‘There’s a scene in this film which is going to make ‘Tiny Dancer’ a hit all over again.’ When I saw it, I said, ‘Oh my God!’ I used to play ‘Tiny Dancer’ in England and it would go down like a lead zeppelin. Cameron resurrected that song.” The song went gold shortly after that.

Greater glories were to come for John, of course; 1972’s Honky Chateau took him back to No. 2 in the U.K. and was his first No. 1 album in the U.S., kicking off a six-year platinum-or-better run during which he became, without exaggeration, the biggest pop star on the planet.

That makes Madman a kind of calm before the storm, a testament to artistry in front of the unapologetically indulgent — and entertaining — artifice that was to follow. 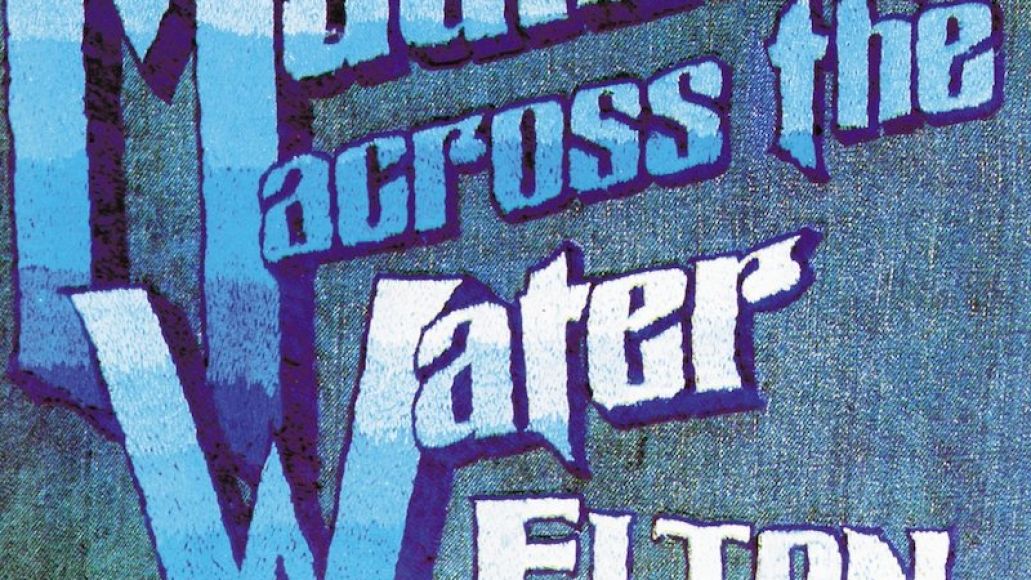 50 Years Ago, Elton John's Madman Across the Water Was the Calm Before His Popstar Storm