Evanescence are gearing up for the release of the second book in their ongoing graphic anthology series, Echoes From the Void, and Heavy Consequence has an exclusive first look at a multi-page excerpt.

The new issue, titled The Revolution of Cassandra, was created by singer Amy Lee and film director Eric D. Howell. The book features Howell’s story based on Evanescence’s single “Use My Voice” from their 2021 studio album, The Bitter Truth. Howell also directed the music video for “Use My Voice.”

Regarding the scene depicted in our exclusive preview, Howell tells Heavy Consequence, “This scene happens early in the story and sets up the central conflict between Cassandra and her sister Moira. Cassandra is all about peace, love, and anything astrological, while Moria is grounded, pragmatic, and cynical. There is enormous power in belief of something bigger than self, but it can be incredibly destructive when those beliefs create irrational behavior as seen here.”

He adds, “Due to her faith in current planetary alignments, Cassandra has managed to rescue a boy by taking his place on a landmine. Her beliefs supersede logic forcing Moria to once again step in and save her from herself. This is the catalyst that sends the sisters on an action-filled journey into the cross-fire of a raging civil war, and the cross-hairs of a brutal dictator. The paradigm of beliefs defying basic logic can be seen in every corner of our world today and is a compelling place to start a story.”

The novel’s synopsis calls The Revolution of Cassandra an “action-adventure that speaks to the power of love and truth and standing up for your beliefs.”

Amy Lee states of the new issue, “A few years back my friend and video director Eric Howell sent me a screenplay he was writing called The Revolution of Cassandra. This time, instead of a film, he wanted to make it into a graphic novel. As I read it, I kept hearing this song I’d been working on, ‘Use My Voice,’ over and over in my head, because it felt like the song and Cassandra lived in the same world. The power of love, and truth, and sisterhood, standing up to the broken machine. Hanging onto the belief that humanity is worth fighting for.”

The Revolution of Cassandra is available for pre-order now via Incendium, with a publish date of January 2022

Evanescence, meanwhile, recently kicked off a co-headlining US tour with Halestorm. Tickets for the upcoming shows are available here.

Preview The Revolution of Cassandra via the multipage excerpt below. 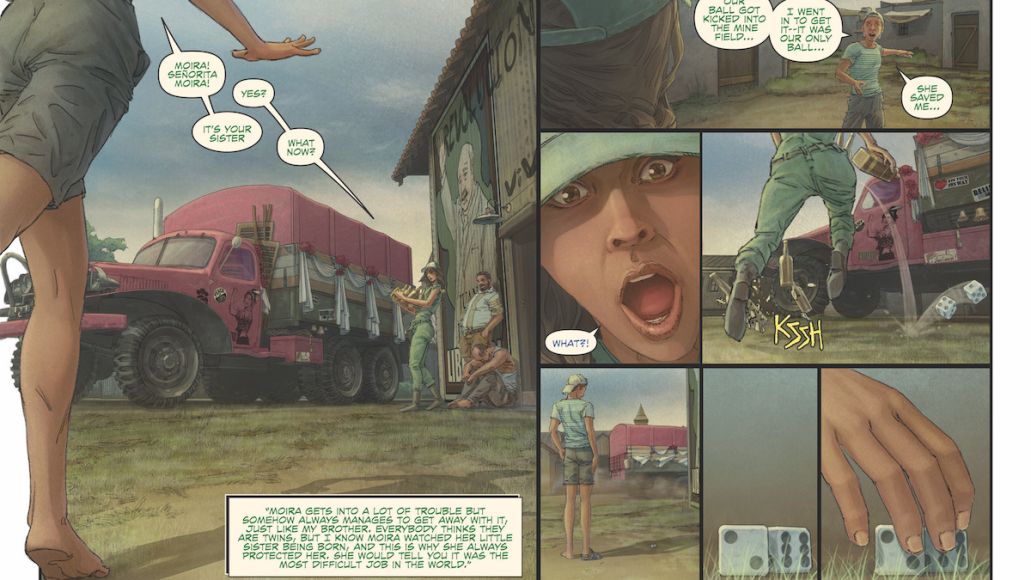 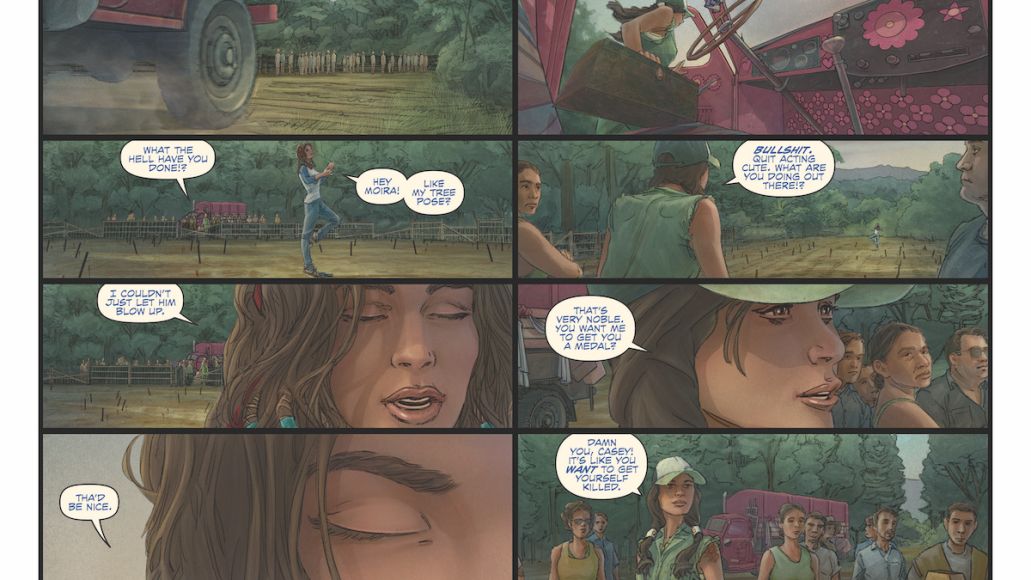 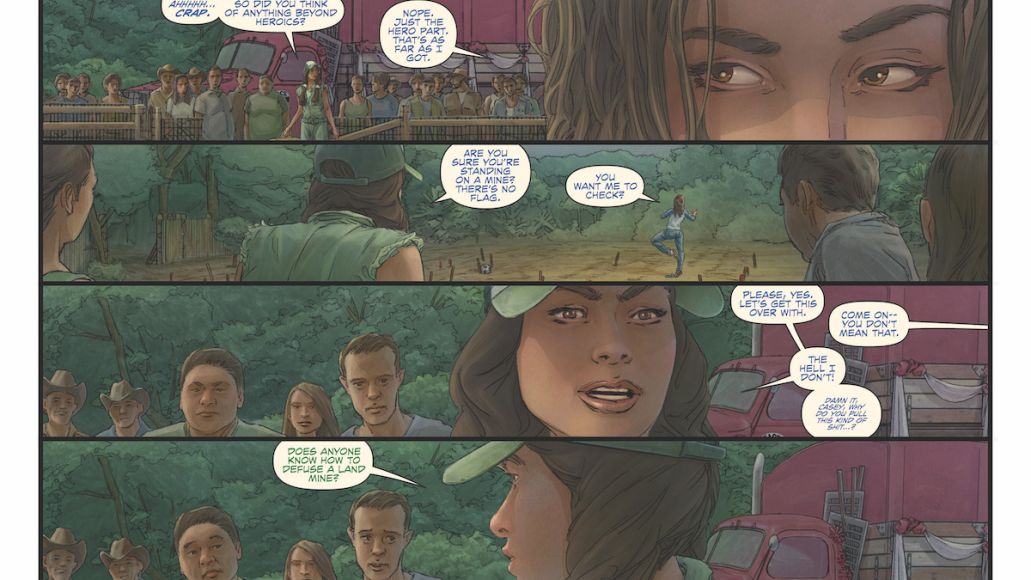 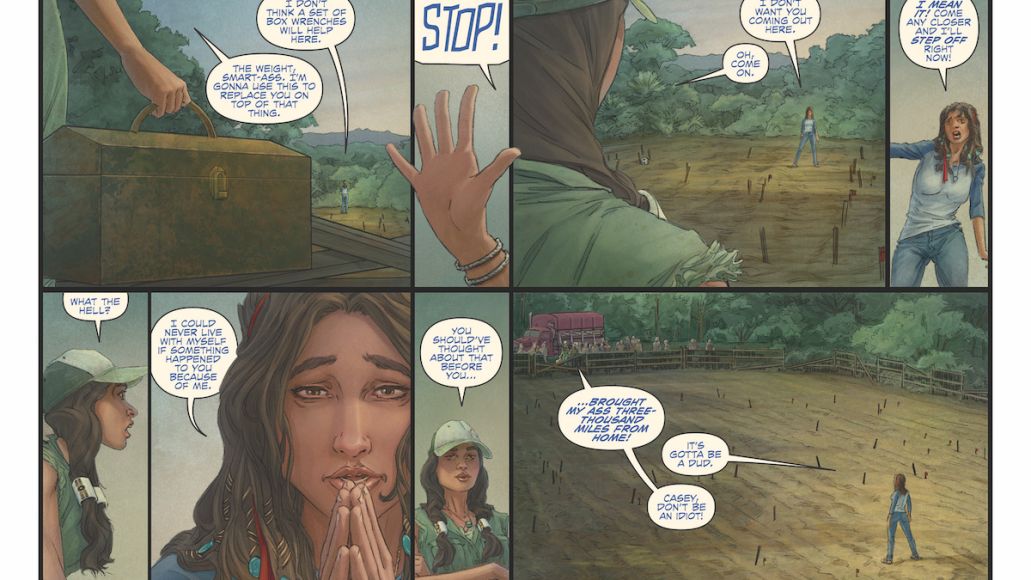 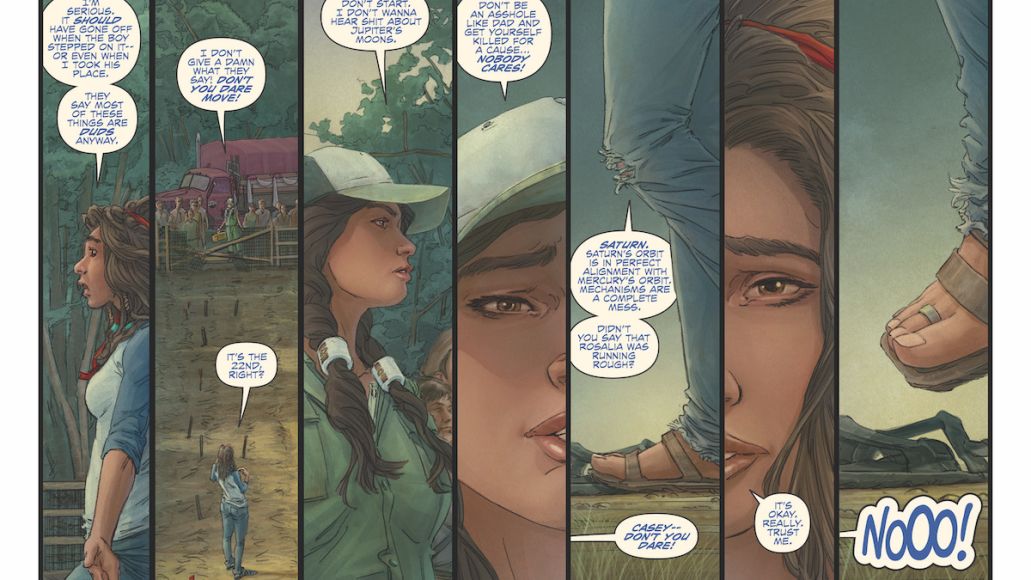