Considering the full album drops in less than a month, the LP’s announcement comes as a pleasant surprise to Failure’s tight-knit, dedicated fanbase. Failure albums are few and far between: They’ve only released five in 31 years.

The cult alt-rock trio are known for their immense “space rock” sound design and mastery of melody, and the new song “Headstand” delivers on both fronts. Singer-bassist Ken Andrews’ controlled coos and smokey vocals are backed by washes of Greg Edwards’ shoegazey guitars and Kelli Scott’s deliberate, pocketed beat. “Headstand” is audio bliss.

“The lyrics come from my earliest memory of spacing-out in my room when I was seven, trying to conceive of infinity and watching the dust falling through the bars of sunlight pouring through my blinds,” Edwards revealed in the press announcement. “I had heard that a lot of that dust was made up of skin cells and that really stuck with me. It’s kind of a love song to those bizarre innocent moments of solitude.”

Regarding the musical direction, Andrews — a seasoned audio engineer and producer in his own right — said that the track “captures a lot of the new musical approaches and techniques we were going for on this album” while remaining “quintessentially Failure.”

“We’ve been together long enough to know that some of our best ideas come directly from these experimental sessions,” Andrews continued. “For this album, we simply cultivated that methodology for a much longer time than we have in the past. It brought out the trio aspect of the band. There was a feeling we could really push the individual parts further away from each other and let the more interesting and challenging combinations take center stage.”

Failure rarely slack in the art department, and for Human Type Droid, they tapped NFT luminary Beeple for the striking LP art. The beheaded astronaut calls back to the sleeve for the band’s iconic 1996 cult masterpiece, Fantastic Planet.

You can pre-order Failure’s new album Wild Type Droid via Hello Merch. Stream “Headstand” and see the artwork and 10-song tracklist below. 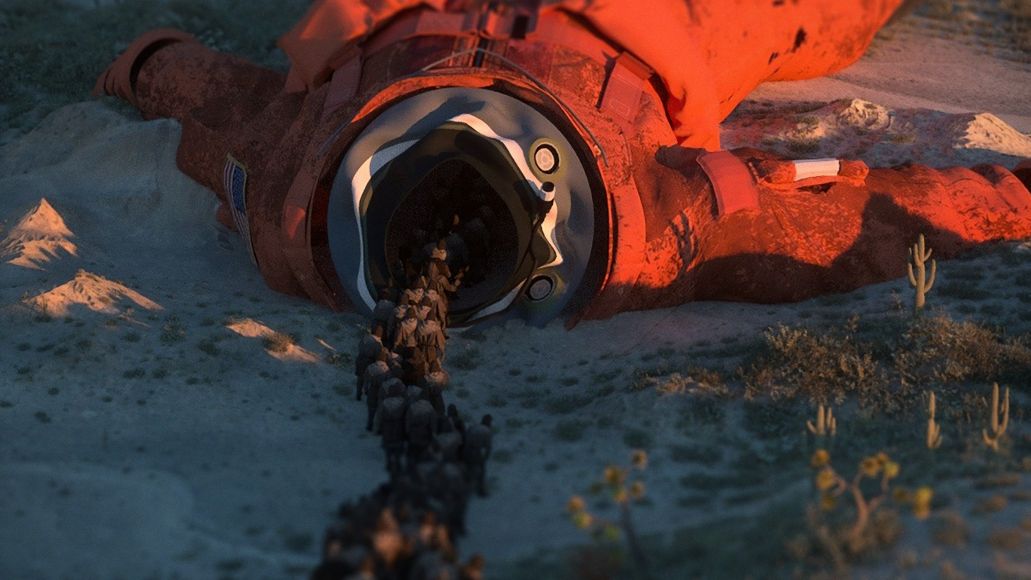