Gorillaz are celebrating the 20th anniversary of their groundbreaking self-titled debut album with a massive reissue. The limited first edition of the 8xLP vinyl box set arrives on December 10th, with a wider drop coming next fall.

Containing more than four hours of music, the super deluxe collection includes previously unreleased demos, “G-sides,” a recording of the virtual group’s 2001 performance at The Forum, and a remix album titled Laika Come Home, the latter of which will be available on vinyl for the first time.

The box set is housed in a folio-style hardback book with a silver Gorillaz logo and contains a 27-page “dossier” of leaked documents, memos, faxes, and some early Jamie Hewlett drawings. Two Polaroid-style mugshots are also included. Pre-orders are ongoing.

“Whistles have been blown. Truths have come to light,” said drummer Russel Hobbs in a statement. “What started out as a trip down memory lane took a damn sideways turn into the heart of darkness. They say the past is another country. Turns out, it’s a whole other dimension.”

Just before the reissue of their debut album drops, Gorillaz’s SONG MACHINE LIVE virtual concert experience is coming to theaters for one day only on December 8th. Tickets go on sale on Friday, November 11th here.

Gorillaz have also teamed with vinyl toy brand Superplastic to announce a pair of limited edition toy drops: a spacesuit set (currently available for pre-order) and a mini blind box set containing 18 different designs that will launch on November 18th.

In late August, Gorillaz dropped an EP titled Meanwhile, inspired by Carnival and West London. It marked the follow-up to their sprawling 2020 project, Song Machine, Season One: Strange Timez. 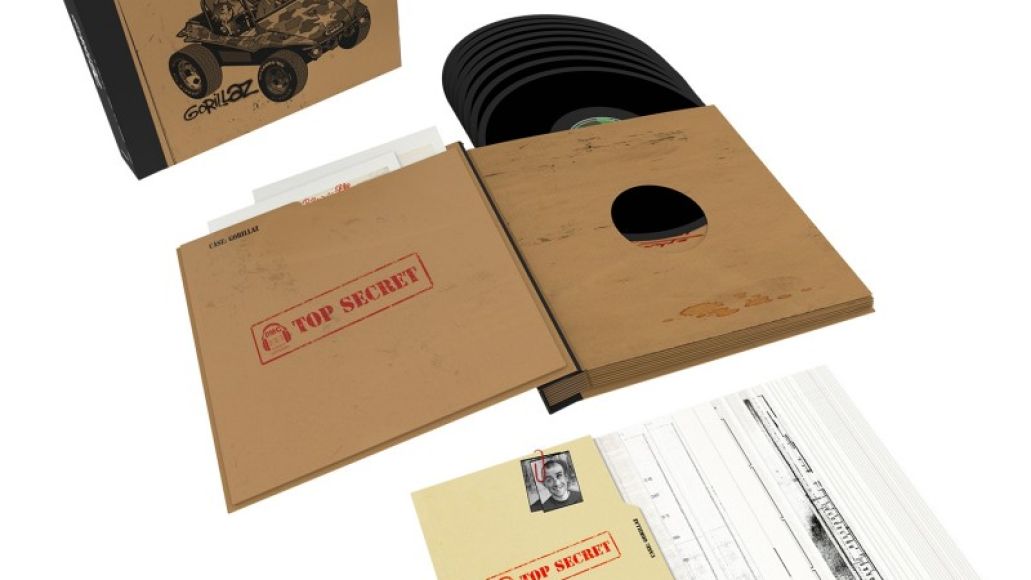