Following a one-off gig opening for Metallica on February 25th in Las Vegas, Greta Van Fleet will embark on the US leg of their tour on March 10th in Kalamazoo, Michigan. The outing extends through a two-night residency in Atlantic City, New Jersey, on April 1st and 2nd, with Rival Sons and The Velveteers supporting the full stateside run.

Greta Van Fleet will then link up with Metallica to support the latter’s tour of Latin America. In the midst of those shows, GVF will break off for two headlining dates in Rio de Janeiro and Mexico City on May 3rd and 16th, respectively.

The Michigan band will then embark on the European and UK leg of its headlining tour, beginning June 5th in Vienne, France, and running through a pair of shows June 28-29th in Manchester, UK.

The “Dreams in Gold” tour will be Greta Van Fleet’s first extensive outing in support of their sophomore album, The Battle at Garden’s Gate. The band was able to squeeze in a handful of US headlining dates in 2021, selling out shows in Nashville; Bridgeport, Connecticut; Chicago; and Los Angeles. 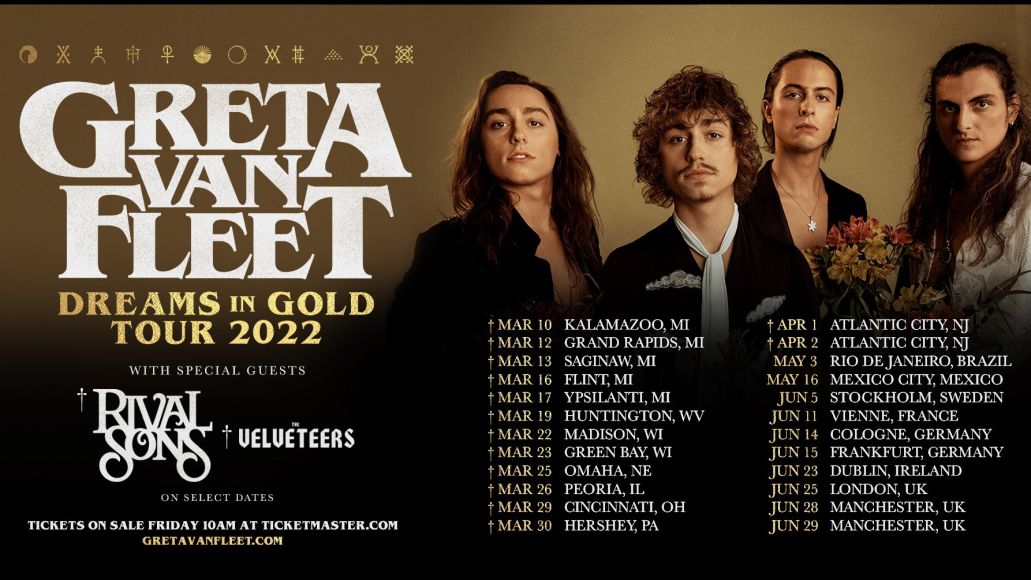