In our Track by Track feature, musicians and bands provide insight into each song on their latest album. Our latest edition comes from British post-punks IDLES, who dig into their new LP, CRAWLER.

IDLES have today unveiled their latest full-length album, CRAWLER. Listen to the LP, and read a Track by Track breakdown from the band’s vocalist Joe Talbot and guitarist Mark Bowen.

Coming just over a year after their last record, Ultra Mono, CRAWLER spans 14 tracks that came together during the pandemic. Co-produced by Bowen and illustrious hip-hop master Kenny Beats, the effort adds elements of glam (“The Wheel”), grindcore (“Wizz”), and even anthemic marching band music (“Stockholm Syndrome”) to the Bristol outfit’s post-punk sound.

Prior to releasing the full album, IDLES previewed their latest set with the singles “Car Crash” and “The Beachland Ballroom”. They brought that latter track to late night TV with a performance on Kimmel earlier this month.

“MTT 420 RR”:
This whole album, I tried to be more of a storyteller than I’ve ever been before, and more poetic, which I think is more honest, in an ironic way, than trying to be as blunt and down the line as possible. This motorcyclist came up on the right of me on the highway, doing 120, 130 miles an hour. He was like half a foot away from instant death. “MTT 420 RR” is the start of the story — the metaphor of the crash, and how lucky I am to still be around after years of addiction. During lockdown, I had the time to really appreciate it, document it, reflect on it and open up conversation to make people feel like they’re not alone. — Joe Talbot

I started writing it over Christmas at my wife’s family’s house. I created loops in Ableton, but because my guitar wasn’t plugged into an amp, there’s a restraint to it that is also kind of menacing. It’s not what you’d expect from IDLES’ guitars at all. There’s this tension that never gets released. It’s like, when’s the big, crashy, boom boom IDLES time coming? In the studio, the electronic artist SOPHIE had just died, and Joe was talking about the notion of one single moment or action when everything completely changes. There’s that feeling where you’re having to surrender to something and you’re not quite comfortable with it yet, and that’s the tension I definitely wanted to weave into this song. — Mark Bowen

“The Wheel”:
“The Wheel” is about the cycle of alcoholism. My mom was an amazing mother and a wonderful friend, but she didn’t stop drinking until she died. I remember being about 10, on my knees crying and begging her to stop. I can call her a great mother all I want, but she didn’t do enough to be my mother after the age of 16. That was it. She had a stroke and then was under my care as a boy, really. That was the moment that came to my head when listening to this song over and over again, because it has that dark, cold, motorik kind of thing that alcoholism is. I wouldn’t have been able to write it before. I was too angry. — J.T.

We always knew “The Wheel” was coming after “MTT 420 RR.” We knew there would be this smack in the face. We wanted to write a glam rock song, but inevitably we made it really, really heavy. I thought it was important to include a lot of the songs that deal directly with trauma and the immediate reactive responses to trauma in the first half. Then, you have the more head-on stuff later — the realization and the dealing with it. This song, the lyrical content about trauma is really harrowing. It’s so heavy and hyper-realistic that it meant the music got more heavy and obtuse. Even now, the chorus is just one note. It’s such an anti-chorus — Joe’s singing “Can I get a Hallelujah?” and not getting one back. — M.B.

“When the Lights Come On”:
I was a hip-hop DJ for years at a club in Bristol. Later on, I was still into drugs and alcohol but I was starting to feel old. I’d look up and be like, I don’t recognize anyone anymore. There are cold moments where the lights do actually come on in the club and you just suddenly start realizing you’re the last one left in your circle. It’s that feeling that maybe you’ve out-stayed your welcome. I was going to parties with a bunch of uni students who were like 10 years younger than me. Looking back on it, that’s kind of lame — like Frank the Tank from “Old School” or something.

It’s that feeling of four in the morning, and you want to keep going, and you’re searching for the after parties, even though it never, ever gets more fun. It’s got that sense of fun, but it’s also not, at all. That song is directly influenced by late ’70s and early ‘80s post-punk. It kind of sounds like Bauhaus. That was the vibe from start to finish. — M.B. 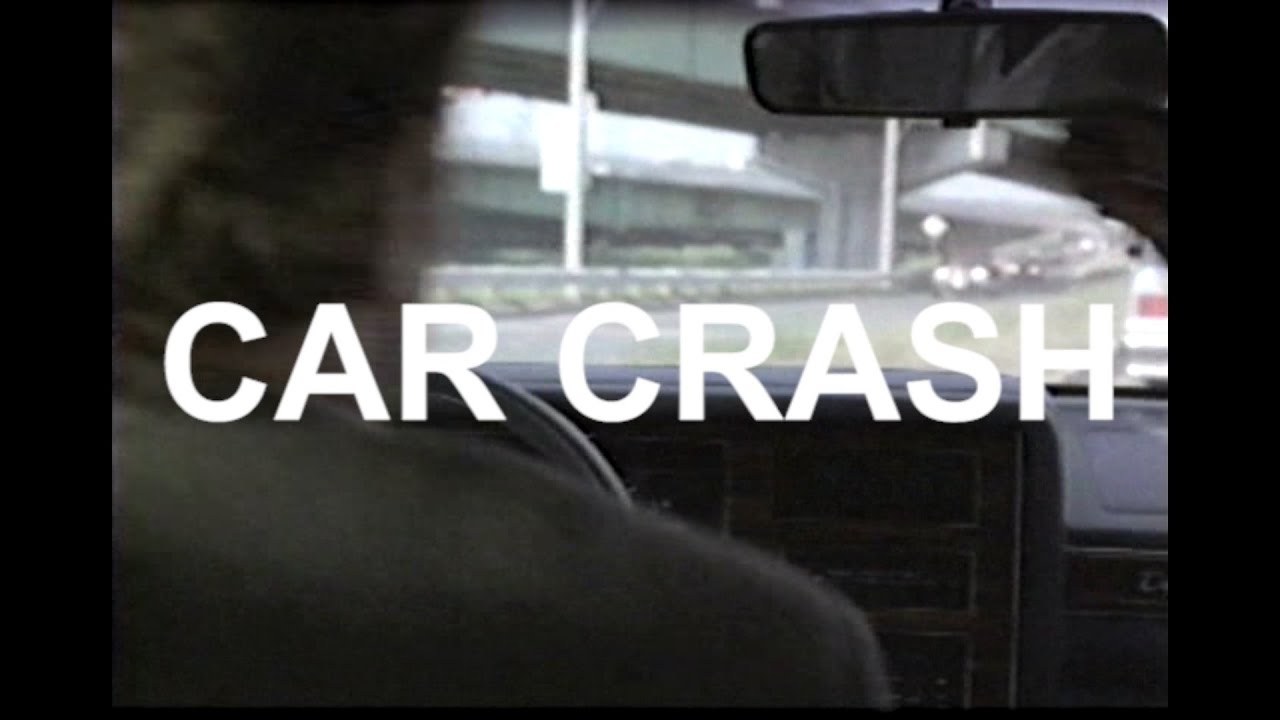 “Car Crash”:
It’s the horrific, comedown hangover — waking up in the morning and realizing the smashes, like, what the fuck am I doing with my life? — J.T.

We wanted it to be as violent as possible to reflect that event. I really wanted it to be this sonic touchstone. We recorded the drums beforehand and put them on a vinyl acetate. Whenever you replay an acetate, because it is kind of like a liquid, it degrades every time. It touches on things being transient and momentary — even a single drum hit. It’s like a memory, when the moment has passed and you deal with the repercussions over and over again, and they morph and change into something else. It’s one of the first times on an IDLES song where we used proper effects on the vocals — it was Joe going through my pedal board, so you get both clarity and degradation. — M.B.

“The New Sensation”:
I was reacting to Rishi Sunak, who’s a politician in the UK. He said during the pandemic that we all need to re-train in the arts and media. Instead of subsidizing the arts and helping anyone out in this country, they suggested that we just get new jobs during lockdown. The whole thing is a Rishi Sunak right cross to the fucking jaw. I was obsessed with the idea of not having guitars on it, but Bowen arrived (laughs). I’m more excited about the singing, to be honest, because it’s going to be more of a challenge and I like challenges. Because I’ve always wanted to be a soul singer, we used to do a cover of “Cry to Me” from Dirty Dancing. Maybe I can’t be a soul singer, but I like the singing on this album. — J.T.

One of the big things about writing this album was that we wanted to experiment and progress and evolve in our songwriting. Every time we did so, we had to think, what would we do? It was all caught up in our identity as songwriters. Ultra Mono was kind of like a caricature of our identity. It helped us see our identity for all its flaws. A really important aspect of our identity as a band is humor, and not taking ourselves too seriously. Obviously, we deal with quite serious subject matter, but it is always done with a tongue firmly placed in cheek. The album needed something like “The New Sensation” at this point. It’s snarky and angry and heavy, but it’s also funny. — M.B.

“Stockholm Syndrome”:
That’s the first song that was written for the album. I just wanted to write a song that was kind of like an aggro marching band song, and that’s what came out. I kind of went on a sprawl in my head about the idea of two people realizing they’re under the duress of their own bullshit. It’s the idea that it’s really dangerous to judge someone because of their addiction. You judge people, and you realize you’re a hypocrite. It’s called a mistake. How many mistakes have you made that day? — J.T.

Lyrically, this is where Joe is succeeding with this new poetic angle, where he’s able to maintain his identity talking about political, social and real-life subjects. This is where he succeeds in being abstract but also getting to the point. It’s this quick, succinct, heavy song, and I think it’s important for where it is on the album. — M.B. 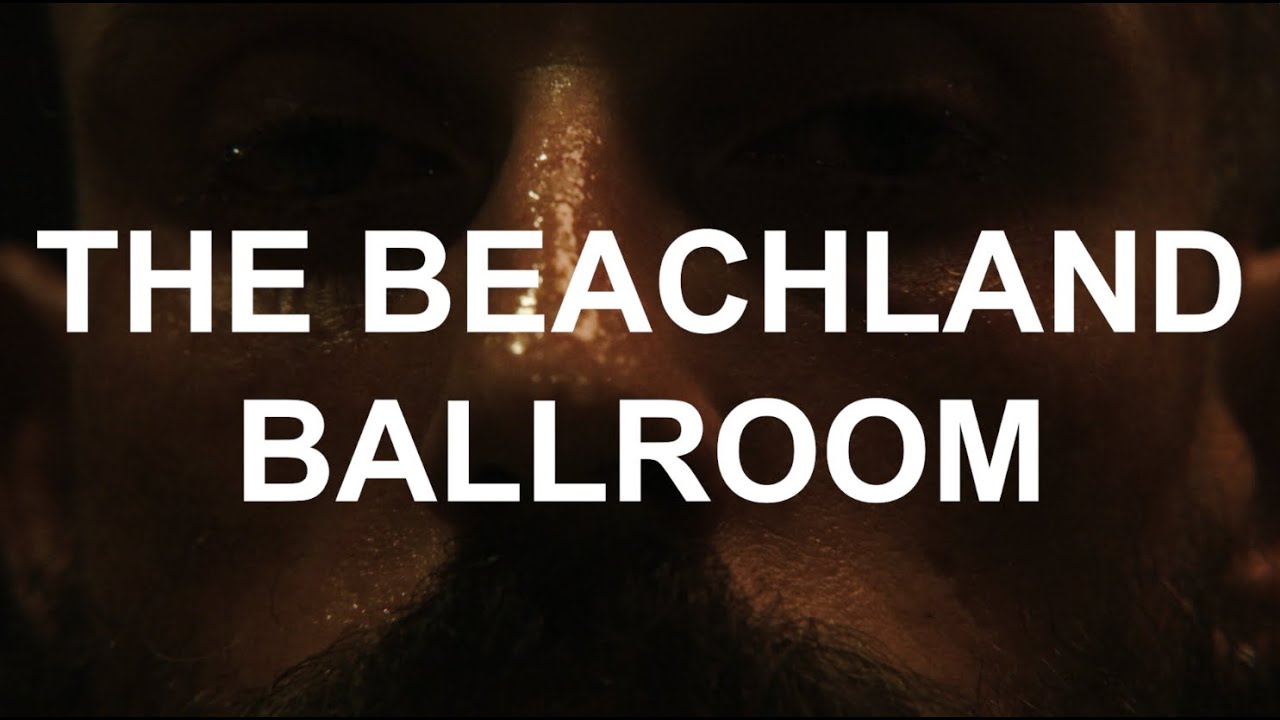 “The Beachland Ballroom”:
It’s the most important song on the album, really. There’s so many bands that go through the small rooms and dream of making it into the big rooms. Being able to write a soul tune like this made me go, fuck — we’re at a place where we’re actually allowed to go to these big rooms and be creative and not just go through the motions and really appreciate what we’ve got. The song is sort of an allegory of feeling lost and getting through it. It’s one that I really love singing. — J.T.

I told Joe, I think it would be really cool if you did Fleet Foxes crossed with Screamin’ Jay Hawkins. He was like, what the fuck is that? So I played him a few songs by each of them. When he and Kenny went into the vocal room, we could see Joe on the floor writing the lyrics down, listening to the song over and over again. He started doing it, and he’s beating his chest. Kenny comes in 10 minutes later and is freaking out to play it back for us. I didn’t know Joe could sing like that. He’s been trying to write “Be My Baby” since the very beginning, but he didn’t want to be the punk guy wearing the Motown clothes. He wanted it to feel natural, and this song is. — M.B.