The relationship between those who make TV shows and those who watch said TV shows has become, thanks to the Internet, an increasingly complicated one over the years. But before stars from Gilmore Girls, Scrubs, and The Office started making podcasts to fuel the pandemic-era thirst for vintage television, actor Joshua Malina and his friend, composer Hrishikesh Hirway, were talking The West Wing on the weekly.

The West Wing Weekly, which launched in 2016, featured regular deep dives into every episode of the Emmy-winning NBC drama, with much of the original cast — as well as creator Aaron Sorkin — participating in the discussion. Now, after years of digging into the complexities of DC political drama, though, the pair have teamed up for a new enterprise entitled Unnecessary Commentary, which will feature them doing watch-along which, depending on your level of Patreon commitment, you can watch live and comment on as they record.

“One of the motivations certainly to do this is do something different — we really, really enjoyed The West Wing Weekly and we enjoyed how it led to doing live events and how that led to interacting with the fans,” Malina tells Consequence. Thus, Unnecessary Commentary is kicking off with live commentaries on Sports Night, the tragically canceled ABC dramedy that established Sorkin as a showrunner unlike any other working in TV — the first episode of the Patreon series, released last week, featured them watching the pilot. 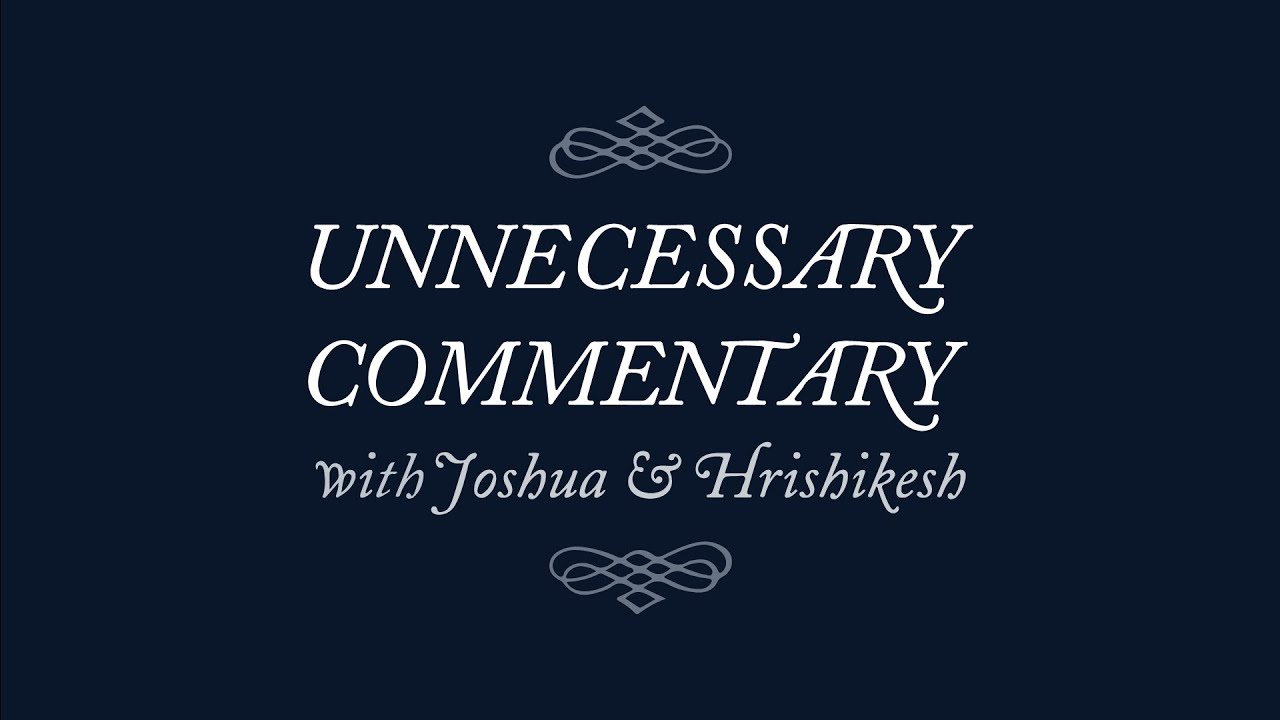 “I remember it pretty vividly,” Malina says of making said pilot, in which he starred as Jeremy, a high-strung producer with a love for analytics and a crush on fellow producer Natalie (Sabrina Lloyd). “It was so important to me, in my career and in my life.”

That’s not the limits of what Unnecessary Commentary might cover in the future, as Malina explains in the interview below, transcribed and edited for clarity. Here, he talks about the initial inspiration for The West Wing Weekly, how his relationship to these shows as an actor is different from being a fan, and how Sorkin himself feels about these projects. We also get into what might be covered by Unnecessary Commentary in the future, including one potential watch-along that Consequence will get full credit for suggesting, should it happen.

To start off, let’s go back to when the impetus to first start doing West Wing Weekly started.

Well, it started, I guess, sometime before March, 2016, because that’s when we actually started doing it. So I’m gonna estimate that Hrishi started working on me about a year before that — at least in 2015, if not earlier, Hrishi started pitching the idea to me. And my initial response was just, uh, no way. I said, “I don’t think it’s a bad idea conceptually, but I don’t think I’m the right person. I don’t think I remember enough. I don’t think I know this show well enough.” Obviously I have very fond memories of it. It was a great job, an amazing time in my life.

But I was a fan of the show before I was on The West Wing, but then once I was on it… You know, I’m sure I watched it initially, but then I think I stopped watching. It becomes a job and, you know, I just spent two weeks making that episode. What do I need to see it for? And so I just felt like I really didn’t, wasn’t in a head space where I’d be a great partner for it.

I knew Hrishi knew the show very well. And I know from years now of being an actor that fans of any particular project tend to know a lot more about it than anyone who was involved in making it. I just kept declining, but Hrishi is very persuasive and a good friend of mine, and finally I said, all right, I’ll go watch the pilot of The West Wing. And, uh, as soon as I watched the pilot, I remembered how much I liked it as a fan. And I thought, oh yeah, I can definitely talk to a good friend of mine about this show for 45 minutes. Then as soon as we started making it and [we saw] people’s response to it, it was beyond what I had ever anticipated. And so I had to admit that it was a very good idea and I’m happy that I finally gave in to Hrishi.

How did you and Hrishi meet originally?

Hrishi and I are both graduates of Yale. He many years after me, and I guess, at one point, my email address was just public and he sent me an email saying I’m a recent Yale graduate and I’m interested in scoring films and wondering whether you have any advice. And I got in touch with him and said, I don’t know anything really about anything, but I certainly don’t anything about scoring films, although my instinct would be that you probably ought to be out west rather than out east. I think he acknowledged the advice without following it, but a couple years later he did find himself out in Los Angeles, and looked me up. And then once we met and had lunch, we were just fast friends. 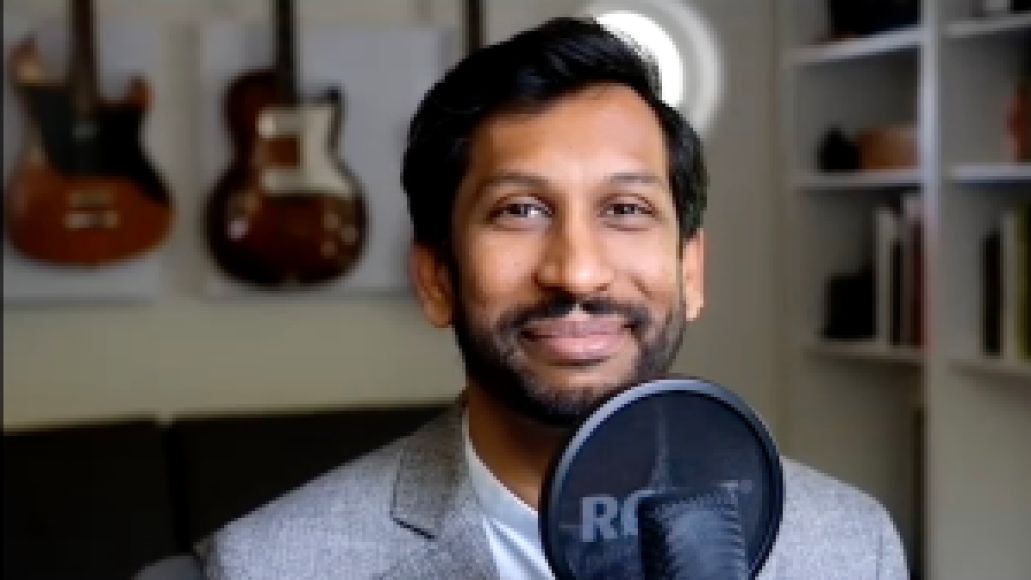 There used to be a really strong divide between the creator and the fan in pop culture conversations, but certainly over the last 10 to 15 years, that line has really started to fade away — there are now a number of podcasts featuring actors talking about their older shows. Did you have a sense of that change happening when you started West Wing Weekly?

I want to give the most credit to Hrishi because I think he’s the visionary, he’s the one who saw what we might do. He reawakened in me my fandom of the show — because just as an actor and somebody on the show, I hadn’t really given deep thought to what we were making. I cared about the material and dove into it and always tried to do my best as an actor, but I would never sit back and try to synthesize arcs of the seasons or themes throughout. I mean, in part because as an actor, it’s not really your job. I think you’re better off sort of focusing on the character and the text and not worrying too much about what the creator of the show is trying to tease out of you. You’re a small part of a greater picture.

But as a fan, you sometimes watch something multiple times. And if you have a probing intellect as Hrishi does, you know, he pulls all sorts of things out and recurring themes, and he’s able to do that across Aaron Sorkin’s work, because he knows Sports Night as well. And he is able to find the seed planted in Sports Night that blooms in The West Wing.

That’s so interesting, because people might assume that the experience of making a TV show would just make you automatically a fan of your own show, but there’s the other side of it, which is that there are people who just approach it as a job.

Yeah, which is generally my explanation. I mean, I think I’ve been a fan of most things I’ve been in, I’ve been lucky and fortunate to work on a lot of good things and material that I enjoy. But yeah, when your day job is making the show, you don’t necessarily feel like then watching it. I mean, it’s interesting. I think it can be helpful as an actor to watch your own work, but at a certain point, I think most actors go through the sort of transformation…