Credit where credit is due: Kid Rock packaged all of the tired conservative tropes into a single piece of recorded audio that masquerades as a new song called “Don’t Tell Me How to Live.”

“My way or the highway, listen up/ Ain’t nothing changed here, I still don’t give a fuck,” Kid Rick whines in the opening verse. “So what the fuck’s up with all the backlash/ You snowflakes, here’s a newsflash. Ain’t nobody gonna tell me how to live.”

He goes on the lament that, “A nation of pussies is our next generation/ And these minions and their agendas/ Every opinion has a millennial offended.”

“But this amendment one, it rings true,” he adds, before warning: “And if it don’t descend bitch, then see number two.”

In a later verse, Kid Rock likens himself to Rev Run of Run-DMC, David Lee Roth, Bruce Springsteen, James Dean, and Brad Pitt. On a related note, why is it always the guys who portray themselves as most masculine who always have the biggest inferiority complex?

If you thought the song was a toilet bowl of diarrhea, wait till you see the accompanying music video, in all of its white-raging glory. Guns, beer, and overalls are a plenty, and there’s a scene where Kid Rock launches himself into the outer space aboard a rocket ship made to look like a giant middle finger. Just some truly brilliant stuff.

But I think my favorite part about the whole thing is the fact that Mr. Make America Great Again is joined on the song by Monster Truck, a rock band from… Canada.

Oh, and I’d be remiss not to note that the song’s artwork is the Statue of Liberty wearing a face mask, because of course it fucking is. 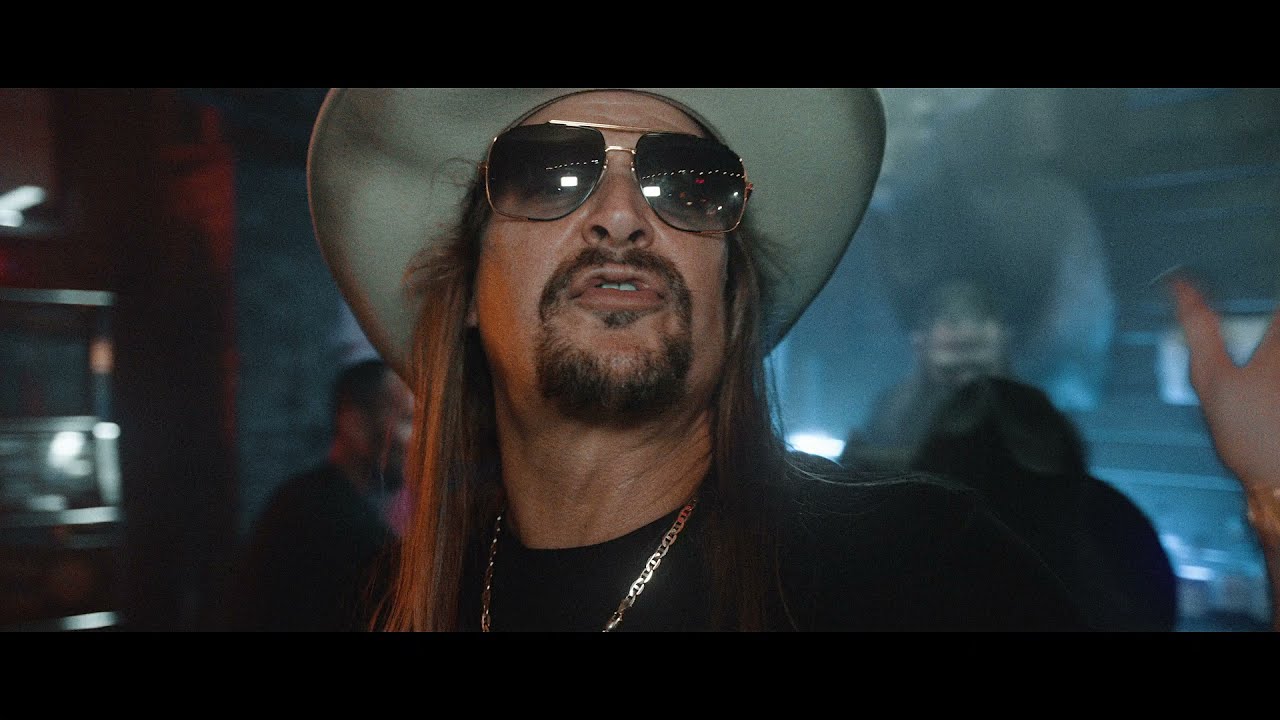