Korn frontman Jonathan Davis has opened up about his battle with COVID-19 this past summer in a new interview.

Davis had a serious bout with the disease after testing positive back in August. The singer contracted the virus two weeks after Korn embarked on their US tour, resulting in postponed and cancelled concerts.

He eventually fought off the virus and returned to the stage, but he dealt with after-effects that forced him to perform on a throne and take oxygen onstage. Now he’s revealed just how tough his battle with COVID really was, and how he struggled to make it through the end of the tour.

“I tested positive on the 14th of August,” he told HardDrive Online. “I was at a gig in Scranton. My girl had tested positive three days prior. So I was hoping [I wouldn’t get infected]. I kept testing. I was, like, ‘negative, negative, negative’, like ‘oh, I just dodged a bullet.’ Then [I tested] positive. I was scared shitless; I was freaking out.”

He continued: “I was totally wiped out. I couldn’t move — just the body aches. I didn’t eat for a month, damn near. But thank God it didn’t get into my lungs; that would have freaked me really out. But I got through it and tested negative on the 25th, I think, and I played a show the next day. And I was beat up, but I just couldn’t find it in my heart… I just wanted to get through it because I saw how happy people were to see live music and I just didn’t wanna let anyone down.”

Two other members of Korn — guitarist James “Munky” Shaffer and drummer Ray Luzier — also tested positive for COVID during the course of the tour. J.R. Bareis of Love and Death and Aric Improta of Fever 333 stepped in, respectively.

Korn have since announced a new album, Requiem, and shared the lead single “Start the Healing.” The band’s 14h studio LP is due out February 4th.

Watch the full interview with Jonathan Davis below. 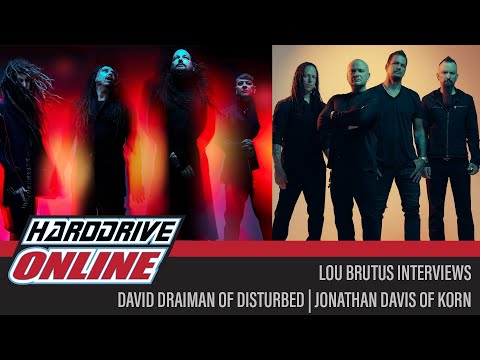 Korn's Jonathan Davis Opens Up About COVID Battle, Says He "Didn't Eat for a Month"