Halloween weekend in San Francisco is typically filled with costumed party goers parading the streets in style, but this year was a bit different: with the Outside Lands Music and Arts Festival happening on October 29th-31st instead of its usual August slot, people moved from the windy roads of the city to the scenic Golden Gate Park.

Shifting the festival to October makes sense regardless of the delays and cancellations from the pandemic; the weather in San Francisco is almost exactly the same, albeit a little colder (jackets at a festival never hurt anybody!). And although the festival didn’t have a 2020 edition, being at Outside Lands this year felt more like a celebration than ever before. Many noteworthy aspects of the Outside Lands experience returned, including the ever-changing psychedelic lighting on the massive trees surrounding the fields and, of course, unforgettable performances.

This year also had some new features: celebrity chefs paired up with artists and comedians at a new stage called “Gastromagic,” there were two “acoustic” stages at Cocktail Magic and Grass Lands (the festival’s sectioned-off, 21+ area in which you could purchase and consume cannabis from a variety of Southern California growers.)

Overall, Outside Lands was vibrant, fun, and of course, spooky. With headlining performances from The Strokes, Lizzo, and Tame Impala (a pretty terrific trio of headliners, pandemic year or no), several artists donned wonderful Halloween costumes and honored the occasion beyond the holiday: the return of live music and festivals after months and months of uncertainty.

Here’s our recap of how it all played out. Plus, see our photo galleries from the weekend here.

Guitar Bands Are Not Dead

San Francisco is a city that’s known for its extensive contribution to rock and roll history, and with Golden Gate Park situated mere miles away from the historic Height-Ashbury neighborhood, that energy was well represented at this year’s Outside Lands.

There’s something particularly special about seeing psychedelic rock in San Francisco, and Tame Impala’s impressive set and dazzling visuals were certainly welcome. Tame Impala have played and headlined so many festivals at this point that their show is more about adding to the Tame Impala experience — as opposed to what The Strokes did, which was a sort of barebones, stand-there-and-play-the-hits show.

That said, with all the incredible psychedelic visuals, extended jams filled with phasers and their tight, signature full-band sound, Kevin Parker is still a bit resistant to bringing songs from 2020’s excellent The Slow Rush to life: instead, most of the set was comprised of songs from 2015’s Currents. He’s added many more elements to the show since the massive Currents tour, but if the set is virtually the same nearly seven years later, it’s time to change things up a bit.

On the other hand, The Strokes definitely felt like playing the hits on Friday night, and the crowd sing-along was worth the wait. Though Julian Casablancas kept complaining about the mix and volume of the set, The Strokes actually sounded remarkably clear and polished from where this writer stood: listening to Albert Hammond Jr. and Nick Valensi’s individual guitar parts move cohesively together completely elevated the set, and even with sparse production, there were some gripping moments of rock. 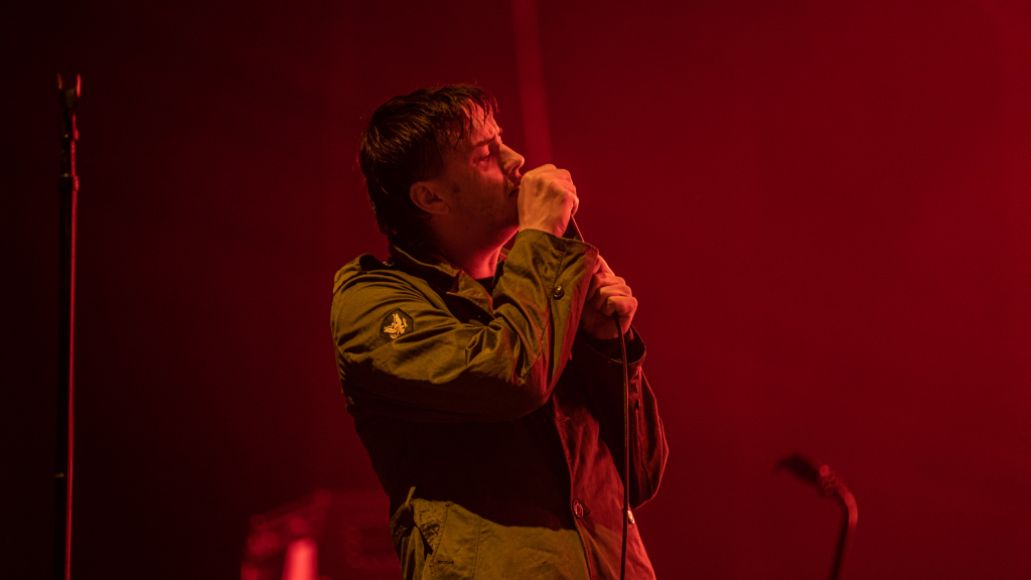 The Strokes, photo by Kris Lori

Elsewhere at Golden Gate Park was an absolutely electrifying Post Animal, who opened Saturday with a scorching set filled with songs from their debut When I Think Of You In A Castle as well as their 2020 album Forward Motion Godyssey. Post Animal was particularly exciting in that every member of the group sings, so the set featured some stacked, billowing full-band harmonies as each member traded lead vocals.

Vampire Weekend also loosened up for their only show of 2021 — their acclaimed 2019 album Father of the Bride was on display on Saturday night, and they want you to know that they can jam. It was the most rock-forward set we’ve seen from them in quite a while, and the newly energized look was refreshing.

Lizzo played Outside Lands back in 2018, and of course, her billing that year was nowhere near where it is now. Since then, she’s amassed millions of fans and number one hits, and greatly improved her live show, too. Her headlining set on Saturday was nothing short of a victory lap, opening with the newly-released “Rumors” and cycling through her many hits from 2019’s Cuz I Love You. One of the highlights, however, was the extended moment where Lizzo made a TikTok with the audience, and, well, you’ll just have to watch it. 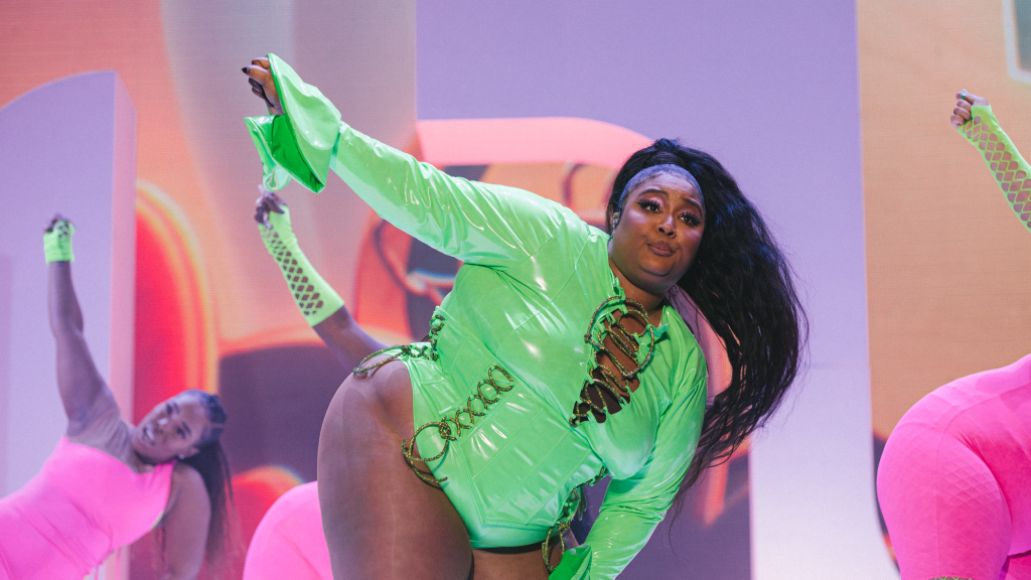 Similarly, Glass Animals are fresh off their biggest hit with “Heat Waves,” and the success is well earned. Their Friday night sub-headlining set on the main stage felt like a massive moment for the British band, as they had last played the festival on the Sutro stage 6 years prior (with maybe a fifth of the audience).

Their live show lacks much of their jungle-laced pop from their debut, but their eclectic songs from 2017’s How To Be A Human Being and their Y2K-inspired jams from last year’s Dreamland were well-represented. And as they danced through “Heat Waves” to end the set, thousands of fans were singing along, solidifying Glass Animals’ place in Outside Lands 2021’s Hall of Fame. 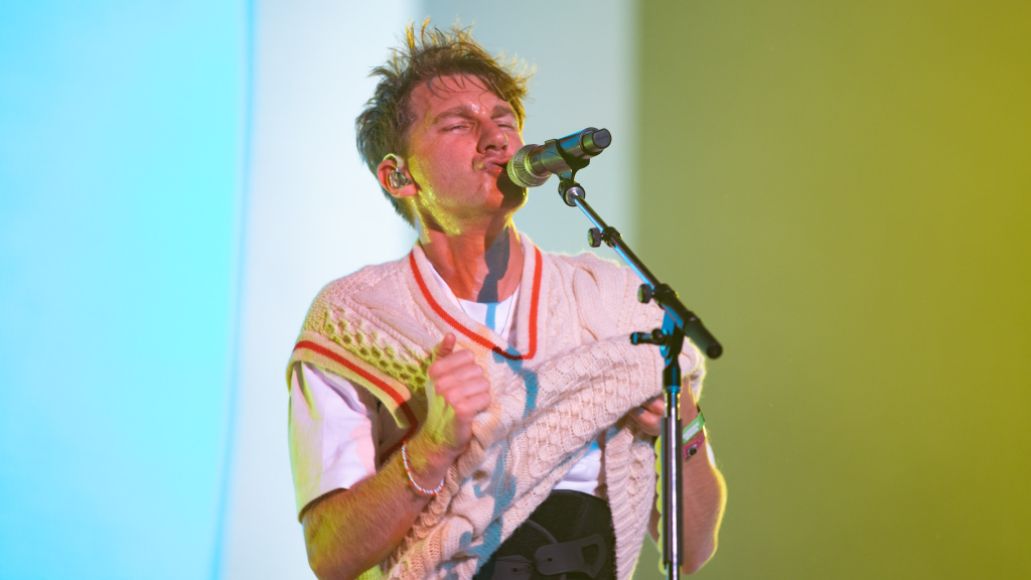 Festival outfits are always a good time, but this year’s Halloween celebration allowed for costumes that spanned from culturally relevant to straight up bizarre. There were dozens of men donning mustaches, visors and aviators to assume the role of Ted Lasso, tons of Squid Game tracksuits, several folks dressed up as internet memes and various Marvel superheroes. 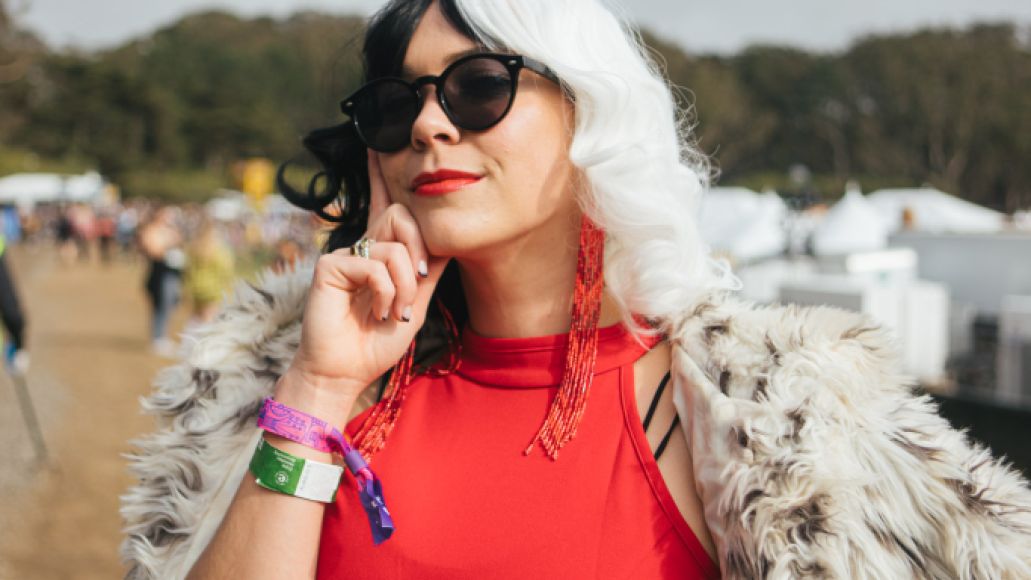 Atmosphere at Outside Lands 2021 Day 2, photo by Kris Lori

On the artist side, one of the best costume choices of the weekend was Caroline Polachek and her band, who dressed up as Marie Antoinette and other French Revolution-era aristocrats. Complete with a spooky red slash on her neck (from the guillotine), Polachek brought plenty of drama to her Sunday set. It was extra fitting that for her last song, “So Hot You’re Hurting My Feelings,” she remained alone onstage in front of her keyboard, and played it solemnly on a harpsichord.

It was not the usual move for Polachek, who often ends her sets with a dance party, but her solo rendition of Marie Antoinette singing “So Hot You’re Hurting My Feelings” was pretty iconic and painted the song in a new light.

Other costumed bands were Tame Impala, who introduced themselves as The Wiggles when taking the stage, as well as Cannons, who dressed as members of Kiss. There really should be more music festivals on Halloween — the weather is good, everyone is in bright spirits, and it’s a perfect opportunity to express yourself in a very expressive environment.

Electronic Music… But Make It Live

There were great electronic acts at the festival this year — especially in the new SOMA tent, which centered around Deep House and featured an eclectic lineup. However, Sunday saw Australian electronic giants Rüfüs Du Sol take the main stage with one of the largest crowds of the weekend in front of them. Fresh off their brand new studio album Surrender, Rüfüs have made their live show even more spectacular by focusing heavily on live instrumentation.

Whereas many artists in the house and EDM lanes are committed to playing their studio-produced songs with an emphasis on visuals and volume, Rüfüs are operating in an entirely different vein, letting their songs inhale and exhale as they move from jam to jam. It’s genuinely exciting to see the way their moody synth pop translates to their stark, rhythm heavy live show, and their full-band enthusiasm is infectious.

Sofi Tukker is another indie dance group that benefits greatly from live instrumentation — with a huge emphasis on guitar, Sofi Tukker’s live show is a layered, unpredictable, and stellar combination of EDM, indie pop, and rock. People may claim that the EDM bubble has burst, and while many “plug-in-the-USB-and-press-play” DJs are still making the top lines at big festivals, it’s the acts that very consciously create a hybrid of electronic music and live instrumentation that suggests where the future of the genre is headed.

Speaking of genres, Outside Lands often has one of the most diverse lineups around. This year featured some stellar hip-hop, with Rico Nasty performing a triumphant mid-day set and Aminé replacing Young Thug, who dropped out at the last minute. Even Nelly’s 3pm Sunday set was an absolute blast, and seeing him run through the biggest songs of his catalogue was pretty memorable. 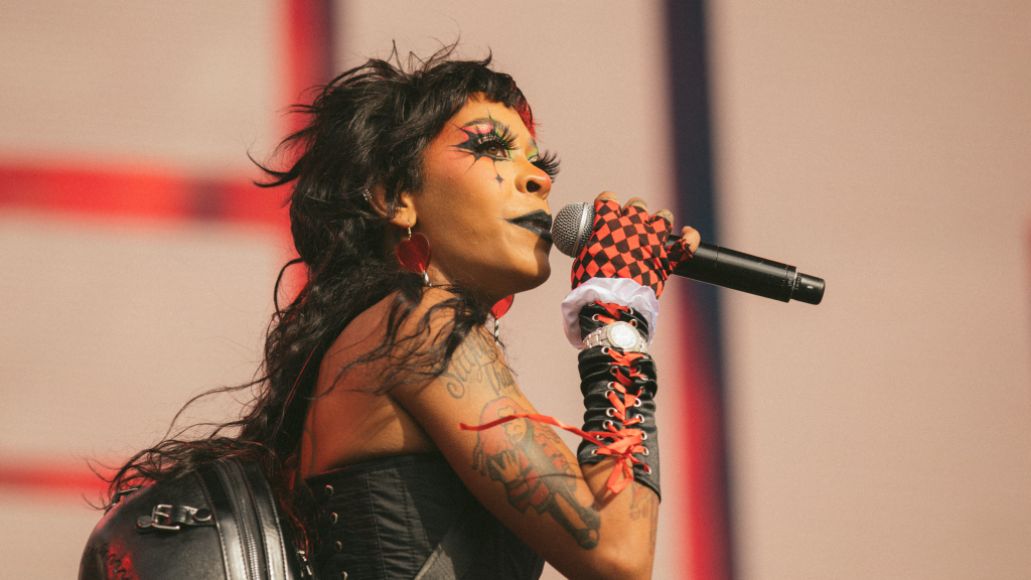 That being said, Outside Lands absolutely needed more R&B this year — Sunday featured a hometown set from Kehlani and a masterful performance from Brittany Howard, but other than that, there wasn’t as much R&B represented at the festival. Of course, it’s difficult to cover every base when booking a lineup, but with so many R&B acts releasing terrific albums this year (Leon Bridges, H.E.R., Jon Batiste, Cautious Clay), they would have had even more must-see sets.