Welcome to Dissected, where we disassemble a band’s catalog, a director’s filmography, or some other critical pop-culture collection in the abstract. It’s exact science by way of a few beers. This time, we sort through the best and worst of the man who gave us a sobbing Philip Seymour Hoffman.

For that reason alone, it wasn’t easy ranking Anderson’s filmography, and once we started to dissect each film, we agreed that, while some movies may fare better than others, he hasn’t had a misstep yet. 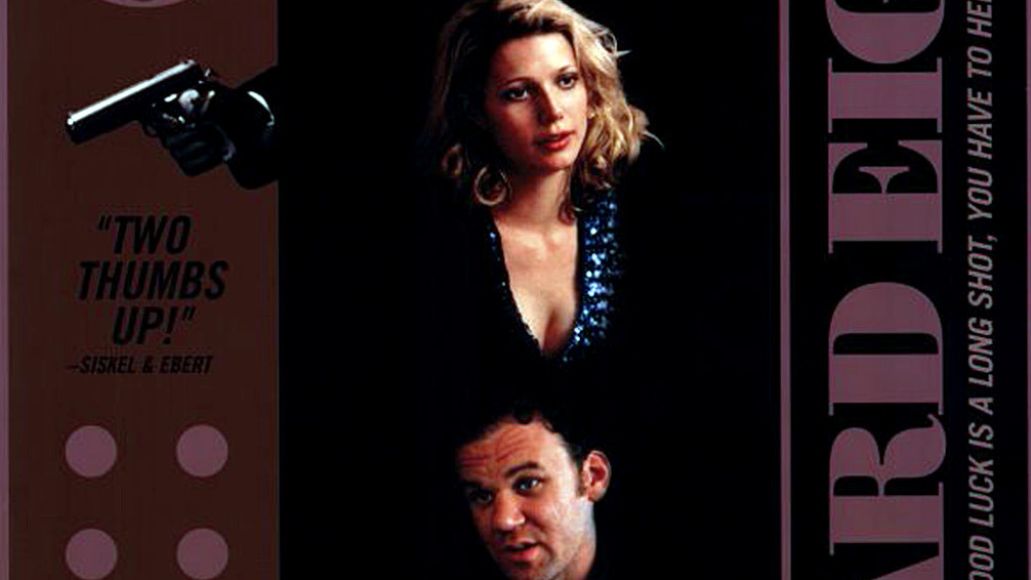 Press Release: Sydney, an aging gambler, takes fuck-up John under his wing, showing the boy how to hustle in the casinos of Reno, Nevada. Just as everything seems to jell, however, a slimy opportunist with knowledge of Sydney’s past misdeeds comes calling.

Soundtrack: Chiming bells — the kind that underscore Boogie Nights’ most dire moments — ring beneath the opening credits, the first of several signs that Hard Eight is a funereal affair. Composers Jon Brion and Michael Penn — both of whom would have a hand in Boogie Nights, Magnolia, and Punch-Drunk Love — eschew recognizable pop (likely due to budget constraints) for boozy lounge music of the Angelo Badalamenti variety. It’s tonally consistent, if somewhat of a non-entity. Unlike those that followed, there’s no “Jessie’s Girl,” no “Save Me,” no “He Needs Me”; in other words, there’s no moment of musical catharsis.

Best Breakdown: It’s not a PTA joint if someone’s not yanking themselves from the hinges of their own sanity, and Hard Eight’s no exception. Though we see Sydney and Paltrow’s Clementine in various states of distress, Reilly takes the cake with a breakdown fueled by equal parts passion and desperation. After taking a bullish john hostage, John attempts to justify his actions to Sydney, anchoring his explanation on the love he feels for Clementine. Sadly, his cries of “I fucking love her!” ring hollow, as if he’s trying to not just convince himself that his violent actions were justified, but also that his feelings for Clementine are genuine.

Long Shot: This being the young director’s first feature, Anderson doesn’t overdo it when it comes to his notoriously difficult long shots. Though there are a few expertly choreographed pans at various points in the movie, the shot that best foreshadows Anderson’s talents comes as Sydney navigates a seedy Reno casino. The opposite of glamorous (and a far cry from the dizzying glitz of Boogie Nights’ opening), Sydney’s sad trek takes him past rundown denizens in flannel and baseball caps, sickly neon, and sleepy games of blackjack, craps, and poker. The MGM Grand this ain’t.

Gotta Start Somewhere: The dialogue in Anderson’s early scripts is sometimes the only indicator that the man behind these brilliant films is still a child himself. His later films, too, I suppose; Hoffman’s cry of “pig fuck!” in The Master felt supremely out of place in an otherwise elegant script. In Hard Eight, brilliant actors like Hall and Jackson can’t make a phrase like “big balls bet” work, let alone questions like, “You know the first thing they should’ve taught you at hooker school?” Anderson’s dialogue has always been best when it feels semi-improvised, as it does in some of Boogie Nights and Punch-Drunk Love’s best scenes. Unfortunately, there are no such moments here.

Attention to Detail: Like Wong Kar-Wai and Stanley Kubrick, Anderson’s attention to detail is borderline OCD. Cigarettes, lighters, ashtrays, keychains, and other insignificant tokens are given significance by Anderson, who uses them to add dimension to both character and place. You can almost feel the squeak of the laminated plastic booths in the diner where Sydney and John first meet.

PTA vs. Producers: No one can say Anderson never took his lumps. The young director was fired from Hard Eight after multiple clashes with producer Robert Jones, who demanded sizable cuts and the title Hard Eight, as he felt the original title, Sydney, would make people think the film was about Australia. Anderson admits some of the producers’ notes were sound and that his own ego got in the way, but he also says that the battle to get his movie back from Jones and the other producers taught him to always fight for what he thinks is best for a film.

Analysis: Due to the director’s youth and the many compromises he had to make, Hard Eight feels somewhat thin and, as a piece of storytelling, a bit sloppy. Still, Anderson’s talent and vision shines through. Every shot feels painstakingly choreographed, and his camera moves with purpose through every tableau, with zooms and pulls seeming to climb and recede from the character’s minds. What’s also clear is his empathy for society’s castaways, as well as the presence of surrogate fathers and families that populate so many of his films. Though bold, ballsy, and confident, Anderson’s debut still couldn’t predict the masterpieces that would come in its wake. 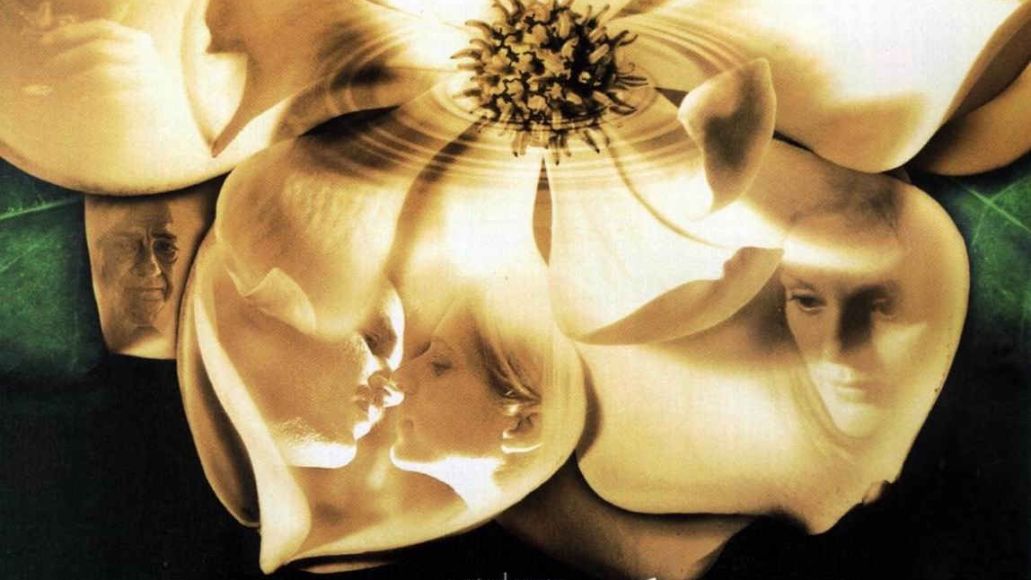 Soundtrack: Magnolia’s original score was composed by multi-instrumentalist Jon Brion, who also worked on the scores to the Anderson films Hard Eight and Punch-Drunk Love, and others such as Synecdoche, New York and Eternal Sunshine of the Spotless Mind. In addition, the soundtrack includes songs from the bands Supertramp, Gabrielle, and musician Aimee Mann, who wrote a couple of tracks expressly for the film, “You Do” and “Save Me.”

Best Breakdown: Tom Cruise sobbing uncontrollably at his estranged father’s bedside remains his finest work as an actor to date, searing the screen with raw truth, anger, sadness, resentment, and regret. This scene is made even more heartbreaking by the fact that Jason Robards, who plays a man dying of lung cancer onscreen, died of lung cancer in real life shortly after Magnolia was released.

Long Shot: A two-minute extended take through a TV network’s hallways, introducing multiple characters through creative, choreographed blocking and made even more impressive by its extensive dialogue, changes in lighting and set pieces, and lyrical, tracking camerawork.

Recurring Motifs: Exodus 8:2, which reads, “And if thou refuse to let them go, behold, I will smite all thy borders with frogs,” is alluded to over a hundred times throughout the film. One more subtle reference is just before the attempted suicide of Sydney Barringer, when the wire below his feet is coiled up to form the number 8:2. Also, almost every location has a picture or painting of a magnolia flower hanging on the wall.

Hey, I Know You: Cameos include a nearly unrecognizable Thomas Jane as the young Jimmy Gator, Mary Lynn Rajskub as the voice of Frank T.J Mackey’s secretary, and Fiona Apple, also the artist behind many of the film’s flower paintings, as the voice of the wrong number that Phil Parma calls. Anderson also can be seen wresting an “Exodus 8:2” sign from an audience member after the start of the show “What Do Kids Know?”

Holy Snakes! Anderson wrote the bulk of the script over two weeks spent at William H. Macy’s Vermont cabin, afraid to go outside because he had seen a snake.

Analysis: Magnolia is a sprawling and ambitious film: often tedious, occasionally brilliant, frequently beautiful. Anderson is stretching his limits here, and although not every storyline, character, and connection is consistent or even credible, the big emotional hits do resonate. With his more abstruse follow-up to the breakout Boogie Nights, PTA proved that he could earn his keep, that he was still the same boundary-pushing filmmaker building on his own unique voice and vision, and that Magnolia — an opus that no other director could deliver as consummately, if it all — holds a message about love, loss, and loneliness that is worth imparting. 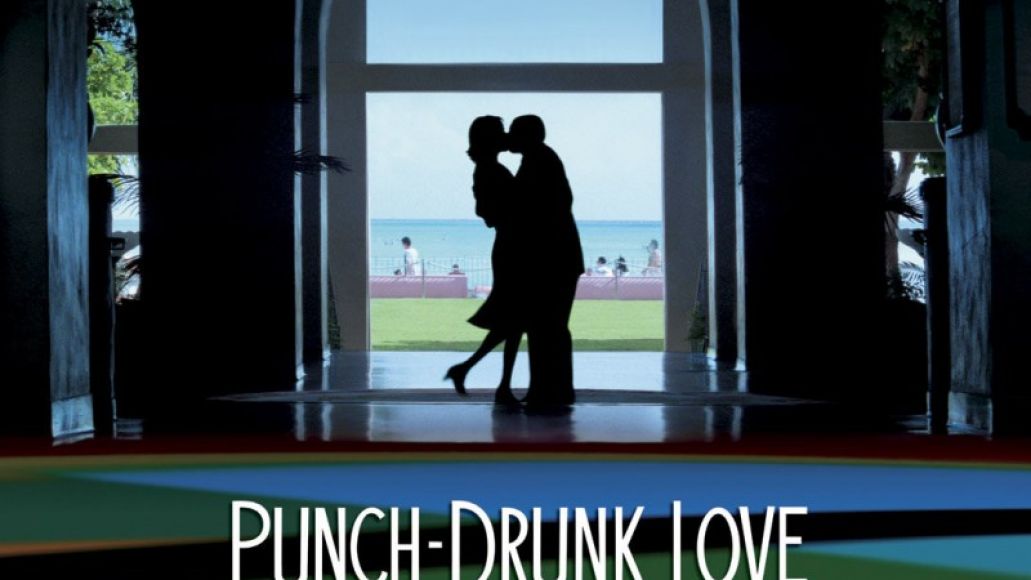 Press Release: Barry Egan is a socially awkward, depressed salesman whose joy of finally falling in love is hampered by seven overbearing sisters and harassment from phone-sex employees. This is a real movie.

Soundtrack: Newbies to the PTA canon are familiar with the great scores Radiohead’s Jonny Greenwood has created for the director. However, before Greenwood there was music producer Jon Brion, who is best known for his work with Fiona Apple and Kanye West. His score here provides the soundtrack to poor Barry’s head — alternating between sweeping, romantic strings and the sounds one might hear working a night shift at Hell, Inc. In addition to the eclectic score, the use of “He Needs Me” from Robert Altman’s Popeye perfectly accentuates the innocent love that blossoms between Barry and Lena.

Best Breakdown: I mentioned in the press release that Barry suffers from depression, but this leads to bottled-up rage that explodes from time to time throughout the film. The most shocking, and hilarious, moment of sudden aggression comes at a party hosted by one of his awful sisters. Everyone is about to sit down for dinner when Barry smashes the sliding glass doors with a hammer, leading to everyone shouting at him while he just stands there and takes it. The breaking and the belittling are so expected in his sad life that they’ve all become a part of his rhythm.

Long Shot: A number of great examples here, especially the opening with Barry in a blue suit blending into the blue-painted walls, but the most telling shot of the whole film arrives when Barry decides to place a phone call to a sex-line. The camera follows a nervous Barry as he walks around his apartment giving out personal information to the operator before he sits down to wait for a call back. The camera slowly pans to the left to show an empty chair beside him just before the phone rings. He is alone, and it hurts.

All Those Wonderful Colors: Anderson forgoes traditional opening credits in favor of abstract, color-morphing projections that appear as color bars, stars in the sky, etc. all while Brion’s dizzying score plays in the background. Maybe those aren’t stars in the sky but part of a Rorschach test for the audience … I digress. They appear to represent Barry’s moods at any given point, and the man responsible for the art is Jeremy Blake, who sadly passed away in 2007.

When the Payphone Booth Light Comes On…: Did your heart explode? Mine did. Barry travels all the way to Hawaii to meet up with and surprise Lena. He calls his awful sister (I’m not being repetitive or cruel when I describe them as such, for they are awful) to find out where Lena is staying, calls the hotel only to be connected to the wrong room. He tries again and finally reaches Lena and … oomph. A perfect moment in a film full of them.

Is Your Love Strong Enough?: We could make a whole other feature full of the great quotes from the film (“Barry, I’m a dentist.” “My sister’s a liar. I have to go to the bathroom.” “Are you threatening me, dick?”), but I’ll just leave this here: “I didn’t do anything. I’m a nice man. I mind my own business. So you tell me ‘that’s that’ before I beat the hell from you. I have so much strength in me you have no idea. I have a love in my life. It makes me stronger than anything you can imagine. I would say, ‘That’s that,’ Mattress Man.”

Analysis: Some devotees may scoff that Punch-Drunk is too far down on this list, but that’s only a testament to the strength of PTA’s career. The movie is short, its love story is incredibly sweet without ever being nauseating, and how did I make it to the end without highlighting the fact that the director of Boogie Nights and Magnolia decided to make a movie starring Adam Sandler? Anderson laughed in the face of skeptics, and it paid off better than cashing in pudding purchases for airline miles ever could.