Robert Plant and Alison Krauss have reunited for Raise the Roof, the follow-up to their 2007 blockbuster covers album Raising Sand. The duo’s second record is out now via Rounder Records. What’s more, the pair has announced an international tour for next year.

Plant and Krauss are celebrating their first record in 14 years with an international tour. Starting June 1st, the pair will hit a handful of US venues — beginning in New York state and going down to Georgia — before heading over to Europe. The tour wraps up in Berlin in July.

Tickets for the US tour go on sale Friday, December 3rd, following a series of pre-sales starting Monday, November 24th. You can get yours through Ticketmaster.

Recorded right before lockdown with Raising Sand producer T Bone Burnett, Raise the Roof features covers of classic blues, country, folk, and soul music originally sung by the likes of Merle Haggard and The Everly Brothers. The pair first announced the album back in August with the song “Can’t Let Go,” a Randy Weeks composition that Lucinda Williams made famous in 1998. And while the golden-voiced singers have been praised for their covers — Raising Sand won the Grammy Award for Album of the Year, after all — Raise the Roof also sees them try their hand at an original collaboration. With Plant on lead vocals, “High and Lonesome” pairs an ominous guitar-drums shuffle with sinister strings. Written by Plant and Burnett, the song stands up against the record’s tracklist of classics.

In a conversation with Southern Craft Radio with Joy Williams, Burnett tried to explain the interplay of Plant and Krauss’ voices. “There’s this magical thing about the two of them together that… and you can’t describe it,” he said. “It’s like a Venn diagram, where you have two circles that cross over and create a third space in the middle. It’s that third voice that you hear.”

As a preview of the upcoming tour, Plant and Krauss will perform a selection of songs from Nashville’s Sound Emporium Studios as part of a global livestream airing on YouTube on Friday at 1:00 p.m. ET.

Back in September Plant curiously said that bands who stay together for too long look “sadly decrepit.” Anyway, stream the 72-year-old’s new album below, and scroll onwards for his full list of tour dates. 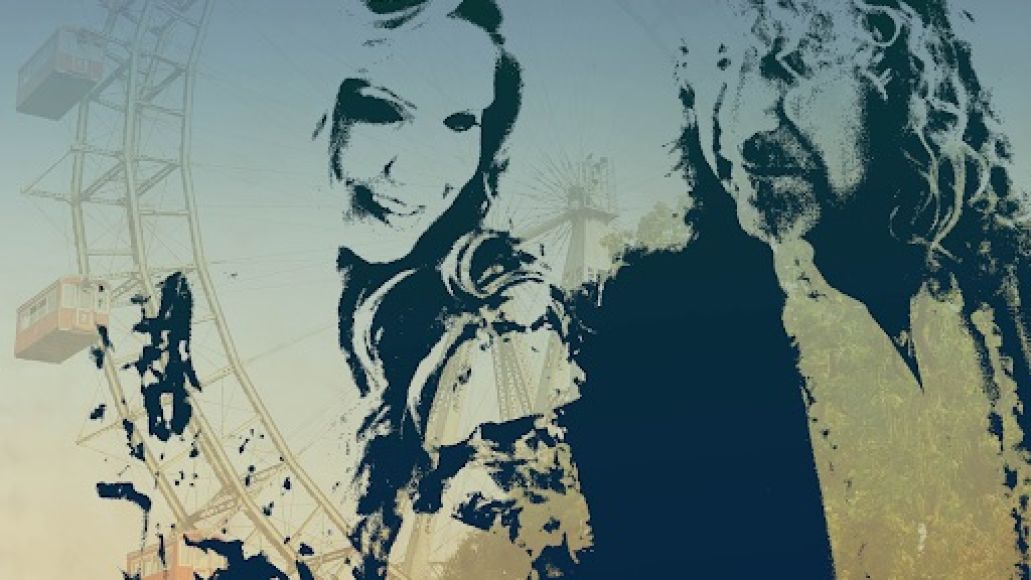