Last week, Saba dropped “Fearmonger” as the lead single of his upcoming third album Few Good Things. While that LP doesn’t yet have a due date, the Chicago MC is preparing to capitalize on its release by unveiling the 2022 North American “Back Home Tour.”

Our former Artist of the Month kicks off the 25-date trek in Phoenix, Arizona. It includes a long run through the south and east coast, plus journeys through the midwest (including his hometown of Chicago), Canada, and the west coast. Throughout, he’ll be supported by Dreamville rapper Lute and Los Angeles artist Amindi.

Tickets go on sale Friday, November 12th, at 10:00 a.m. local time, and you can book your seat through Ticketmaster. Check out the itinerary below.

Later this week, Saba will perform at Day N Vegas 2021. His last album, CARE FOR ME, came out in 2018. Over the past year he’s released three pairs of double singles: “Mrs. Whover” and “Something in the Water;” “So and So” and “Areyoudown Pt. 2;” and “Rich Don’t Stop” and “Ziplock,” the latter of which we named our Song of the Week. 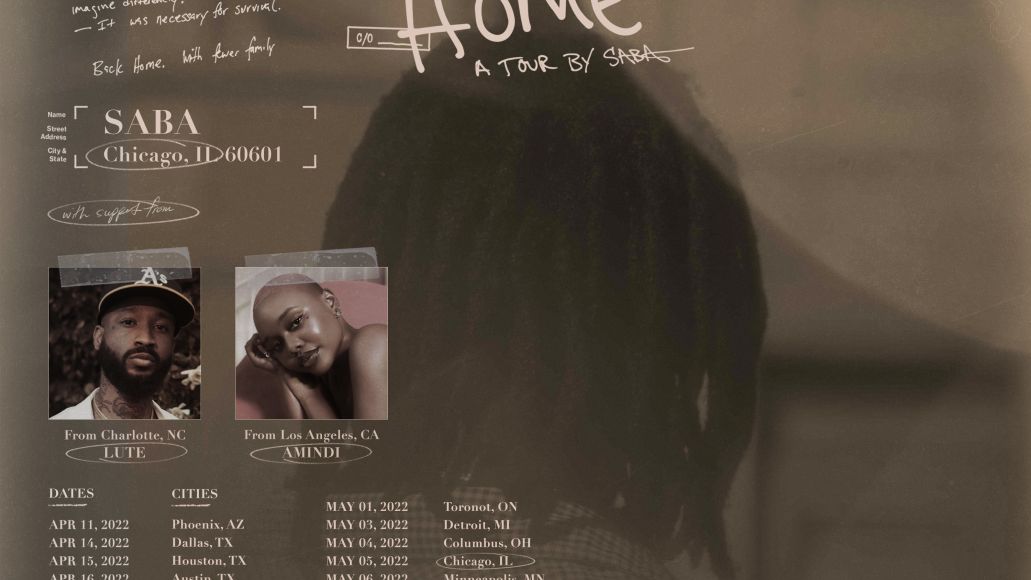