Ed Sheeran, who served as the episode’s musical guest, also stopped by the show to answer some of Warwick’s most pressing questions. “Now, you did a song called ‘South of the Border.’ My question is: are you nasty?” Nwodim-as-Warwick asked, to which the singer cheekily replied, “Yeah, a little bit” with a knowing wiggle of his eyebrows.

However, it quickly became apparent that the talk show host was very much through with speaking to lesser celebrities than herself, so there was only one solution. “You know what? I’m tired of interviewing people who are not icons. Please welcome…me,” Nwodim said to introduce the real Warwick as the audience burst into applause.

Wearing a sequined silver sweatsuit, the “I’ll Never Fall in Love Again” songstress went toe to toe with her impersonator, bantering about her status as a living legend (“Darling, I’m not perfect, I’m just very, very good”) and why artists these days are named things like YoungBoy Never Broke Again instead of, say, Burt Bacharach (“I don’t know the answer, but I will keep tweetin’ until I find out”).

Finally, the segment ended with Nwodim and Warwick treating the crowd to an impromptu rendition of the latter’s 1966 single “What the World Needs Now,” but not before the comedian signed off with a “Damn, we look good!”

Watch the sketch below. 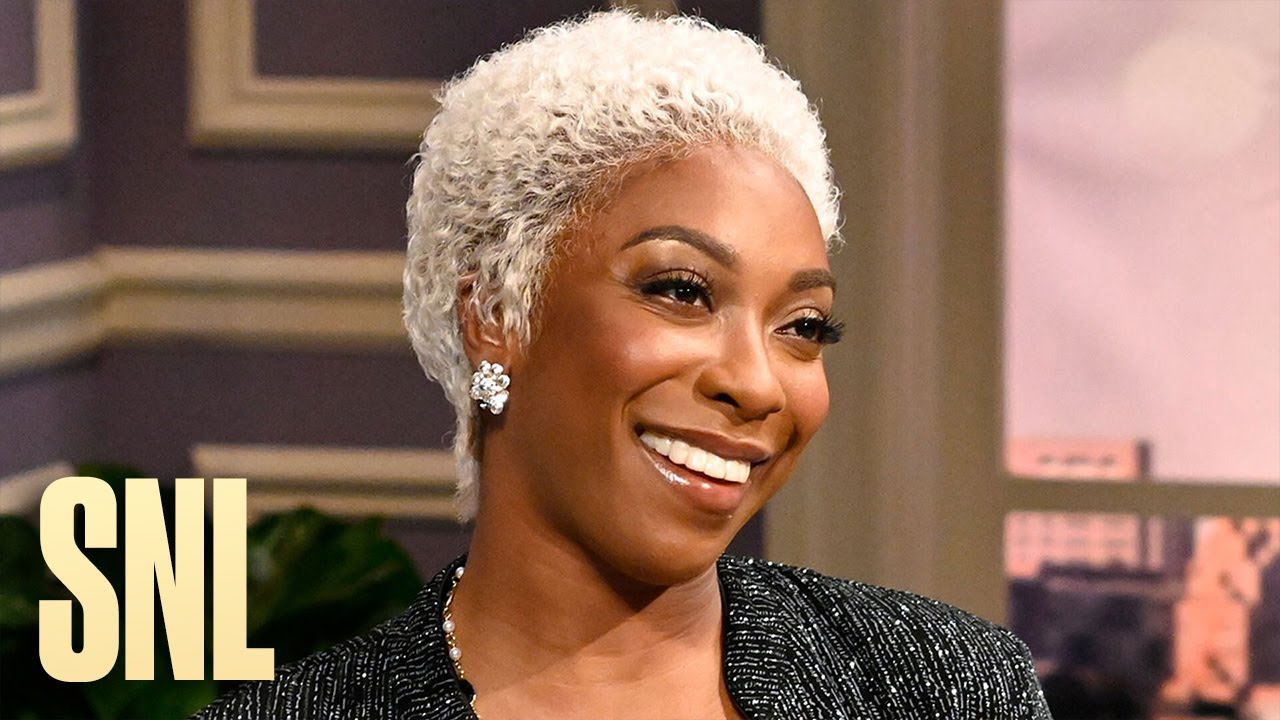