Virtually every ‘90s kid grew up with Space Jam, now celebrating its 25th anniversary (cue Feel Old? jokes). Released on November 15th, 1996, the groundbreaking movie built upon past cinematic fusions of live action and animation — from Fantasia and Mary Poppins to Pete’s Dragon and Who Framed Roger Rabbit — to charm countless children who adored basketball, cartoons, and/or trendy music.

Of course, its wide-ranging marketing and merchandising campaigns guaranteed its global domination, leading to a pervasive place in pop culture that’s stayed consistent ever since.

Inarguably, the film left an indelible mark on an entire generation of adolescent moviegoers, including myself. (I first saw it during my 5th grade Thanksgiving party, and I quickly grew to share my classmates’ collective obsession.) Twenty-five years later — and despite some overt flaws — Space Jam endures as a superb new experience for young viewers, a superb bit of nostalgia for young adults, and a superb testament to the power of imagination, technological innovation, and zeitgeist capitalization.

At the time, combining Looney Tunes and Michael Jordan might’ve seemed risky and absurd (indeed, supervising animator Bruce Woodside strongly doubted that Space Jam would truly give Bugs Bunny and friends “a successful second life in features”). Today, however, it’s easy to see how various stars aligned to make it a logical and assured project.

For one thing, the Looney Tunes were in desperate need of revitalization, as they’d basically been relegated to various syndicated TV appearances, home release compilations, and theme park tie-ins during the first half of the decade. Meanwhile, Michael Jordan had just returned to the Chicago Bulls after spending some time playing baseball — with the Chicago White Sox, Birmingham Barons, and Scottsdale Scorpions — throughout 1994. 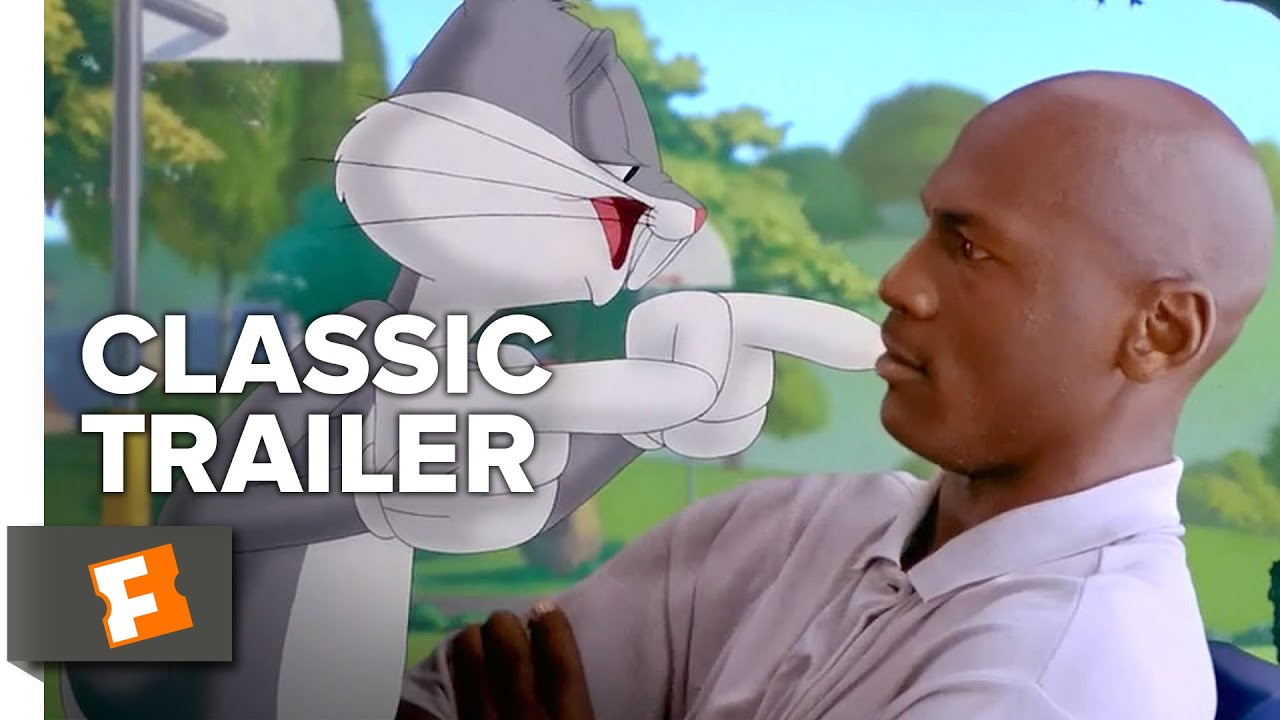 That said, the real impetus came a couple of years earlier, when director Joe Pytka shot two very popular Nike Super Bowl commercials (“Hare Jordan” and “Aerospace Jordan”) that, as he put it, provided the then-reluctant Warner Bros. with “a nice bit of research… to understand that the Bugs character still had relevance.”

Although everyone involved knew that it would be an arduous process full of uncharted technical territory, the triumphs of those advertisements — coupled some gigantic retail capabilities and a story idea that could fruitfully combine Looney Tunes zaniness with Jordan’s real-life athletic arc — convinced the production company to bring the pair to the big screen.

Naturally, Pytka was hired (by producer Ivan Reitman, who was advised against doing the movie by Who Framed Roger Rabbit mastermind Robert Zemeckis) to make Space Jam a reality. Over the next 19 months (and with the help of “18 studios around the world,” including ones in London, California, and Canada), he and hundreds of other crew members transformed Space Jam from a mind-bogglingly ambitious prospect into a cutting-edge entertainment phenomenon.