In the just-under-a-year (!) since she surprise-released her ninth studio album, evermore, Taylor Swift has become well-aware of her title as the reigning queen of Sad Girl Autumn. To really drive that point home, the Scooter Braun kryptonite has shared yet another version of her 2012 masterpiece, “All Too Well” — this time, it’s Swift’s new 10-minute version, now recorded live at Aaron Dessner’s Long Pond Studios. At the risk of being almost too on-the-nose, this recording has been titled “All Too Well (Sad Girl Autumn Version).”

Featuring just vocals and piano, the “Sad Girl Autumn” version lives up to its name — we’d recommend keeping a red scarf nearby just in case you need to wipe those tears away. Listen to “All Too Well (Sad Girl Autumn Version)” below.

Swift has had an incredibly busy past week or so celebrating the release of Red (Taylor’s Version). She pulled a late-night triple-threat by appearing on The Tonight Show Starring Jimmy Fallon, Late Night With Seth Meyers, and Saturday Night Live in the span of two nights — the latter of which featured her live debut of the 10-minute “All Too Well.” She also shared the self-directed All Too Well: The Short Film, which stars Sadie Sink and Dylan O’Brien as a pair of ill-fated lovers. 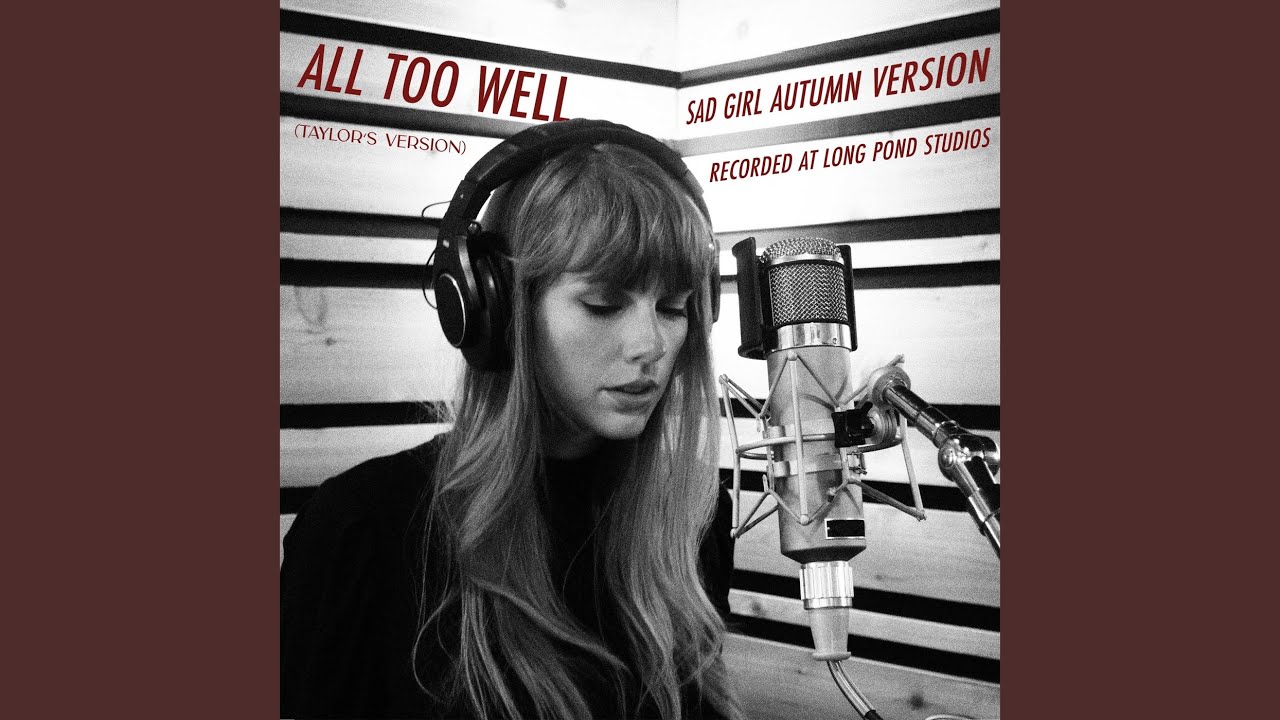