Although the official “Bay Strikes Back Tour” has been postponed until 2022, Testament, Exodus, and Death Angel brought the joint bill to the Fox Theater in Oakland on Saturday (November 27th) for a sold-out one-night gig this past weekend — giving their hometown fans a chance to celebrate the legacy of not only the music, but also the rich history of all three bands. Together, the three legendary acts combined to write yet another chapter in the ongoing story of Bay Area thrash metal.

Hitting the stage with the intro to “The Ultra-Violence,” Death Angel were in top form from the word “go,” and kicked off the evening with a blistering eight song set, wasting no time pumping up the already voracious crowd. Vocalist Mark Osegueda had every person in the already packed venue in the palm of his hand, telling them, “We f**king owe you,” and asking them if they were ready to celebrate Death Angel, before they tore into “The Dream Calls for Blood.” Their 50-minute set may have been short, but Death Angel commanded the stage, making them a very tough act to follow.

Up next was Exodus, who, having just released their eleventh studio album, Persona Non Grata, picked up right where Death Angel left off, playing “The Beatings Will Continue (Until Morale Improves)” and “Clickbait” (both from the new record) back to back. Judging from the number of bodies coming over the barricade, the now rabid fans definitely approved. From their Exodus ripped through both old and new, including “Body Harvest,” “Blacklist,” “A Lesson in Violence,” and “Bonded by Blood.”

The highlight of Exodus’ set was when vocalist Steve “Zetro” Sousa handed the microphone over to drummer Tom Hunting, who thanked everyone for their support during his successful battle with cancer earlier this year. Lifting his shirt to show the packed house his new “battle scar,” Tom showed zero signs of his recent fight, and he and the band closed out their brutal set with “The Toxic Waltz” and “Strike of the Beast.”

It was now time for the headliners of the evening, and Testament did not disappoint, opening their set with “Children of the Next Level,” off of their latest release, Titans of Creation. The band looked like they were thoroughly enjoying themselves on the stage, as vocalist Chuck Billy led them through a setlist of old and new, including “Practice What You Preach,” “The New Order,” and “Dark Roots of Earth.”

Telling the crowd that this show was really the first time they have played songs off of the new record to an American audience, Testament thrashed through “WWIII,” from the 2020 album, as well. The band closed out the set with classics “Into the Pit,” and “Disciples of the Watch,” wrapping up an epic evening of Bay Area thrash metal.

The “Bay Strikes Back Tour” is slated to kick off on April 9th, 2022, in San Luis Obispo, California, and will hit 28 cities in six weeks. It is most certainly not to be missed for any thrash fan, so pick up tickets now via Ticketmaster.

Photo Gallery – Testament, Exodus, and Death Angel at the Fox Theater in Oakland (click to enlarge and scroll through): 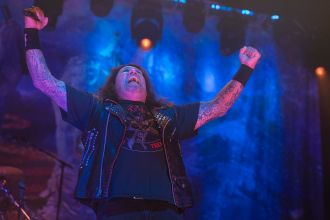 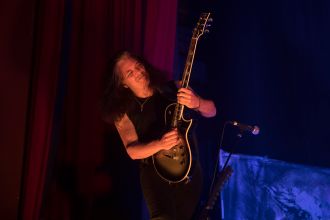 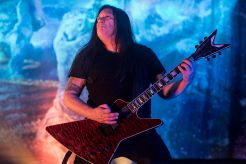 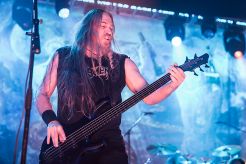 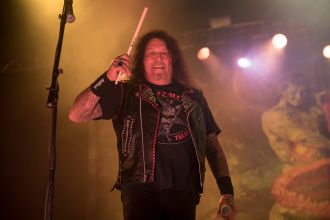 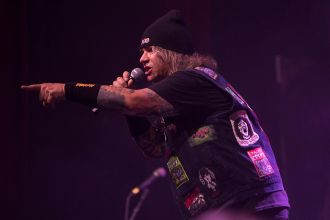 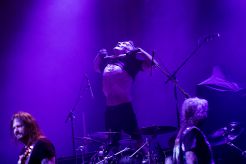 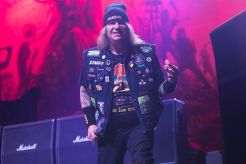 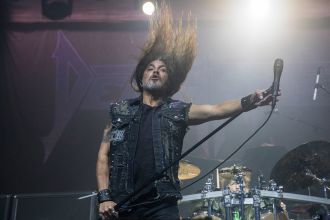 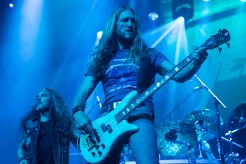 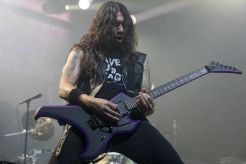 All photos by Raymond Ahner (@raymond_ahner)

In Case You're Not Aware, The Flaming Lips Have Been Performing Inside Giant Bubbles and We've Got Pics