If anyone understands the power of conversation, it’s Courtney Barnett.

The Australian singer-songwriter speaks through her songs — both metaphorically and literally. Her tone is familiar and intimate. Her vocals tend to exist in a comfortable mid-range, evoking the speak-song of Johnny Cash or Bob Dylan. The word “rambling” is often attributed to Barnett, but it’s hard to listen to her music and not think that she has a clear destination.

Her latest album, Things Take Time, Take Time (out November 12th via Mom + Pop), is smooth and cohesive, almost to the point of homogeneity. Perhaps the album’s greatest strength is that there are no pretenses here. Barnett seems to have created the record she wanted to create, telling the story she set out to tell. “For me, it’s such a joyous album,” she recently told Consequence. “A lot of it is about finding joy amongst the mess.”

There’s a relatability in that very idea, and it comes through clearly in the album. The entire past year and a half has been about little more than finding joy amongst the mess, celebrating stolen moments of beauty in times of overwhelming sadness, and clinging to silver linings.

Barnett may have gone through a breakup recently with a longtime partner, but this album doesn’t read outright as a “breakup album.” Instead, as with most of her work, it blends the humor, sadness, and hope of a moment in time and calls it life. “I try my best to hide it, but I don’t want to hide anything from you,” she says on the restrained and romantic “If I Don’t Hear From You Tonight.”

While Barnett has a gift for elevating the tedious, crafting mundanities into something shiny and new, not every moment works here. Some lines, like the inclusion of “I’m not afraid of heights/ Maybe I’m just scared of falling” on “Here’s the Thing,” lean closer to platitudes.

Overwhelmingly, though, Barnett fits the role of reliable narrator well. The previously-released “Rae Street” is a strong opener. The track is a portrait of fleeting moments, observations from someone so grounded in reality that it can be almost painful.

The production, from Stella Mozgawa and Barnett herself, mirrors this groundedness throughout. Wurlitzers and drum machines provide a warm openness. Things Take Time, Take Time could very well be a great road trip record — there’s certainly something to be said for the ability to conjure the feeling of a journey, with vignettes flashing past the windows in rapid succession.

“I’m really gonna miss you,” she confesses simply on the penultimate “Splendour.” Elsewhere, on “Write A List of Things to Look Forward To,” she asks, “We did our best, but what does that really mean?” It’s a good question, especially in a song that was born of a conversation Barnett had with a friend in the throes of pandemic-era pessimism. The idea of writing a list of things to look forward to is so deeply and truly relatable. We aren’t collectively entirely out of the woods, but we have certainly turned a corner — haven’t we?

Interestingly, Things Take Time, Take Time reads more like a COVID quarantine album than anything else, a categorization Barnett would probably reject. Thematically, though, the idea of clinging to art, communication, and loved ones has only been heightened in these recent years. The same goes for noticing beauty that might have otherwise been missed.

Barnett has a knack for making the mundane matter, maybe because all it takes is for someone to notice it at all. She references writing letters more than once in the record. Perhaps that activity is something she’s done for a while, or maybe it’s an activity she picked up recently — but either way, Things Take Time, Take Time feels like a collection of thoughtful postcards, with us all being the lucky recipients.

Essential Tracks: “Write A List of Things to Look Forward To,” “If I Don’t Hear From You Tonight,” “Rae Street”

Catch Courtney Barnett on tour; tickets are available via Ticketmaster. 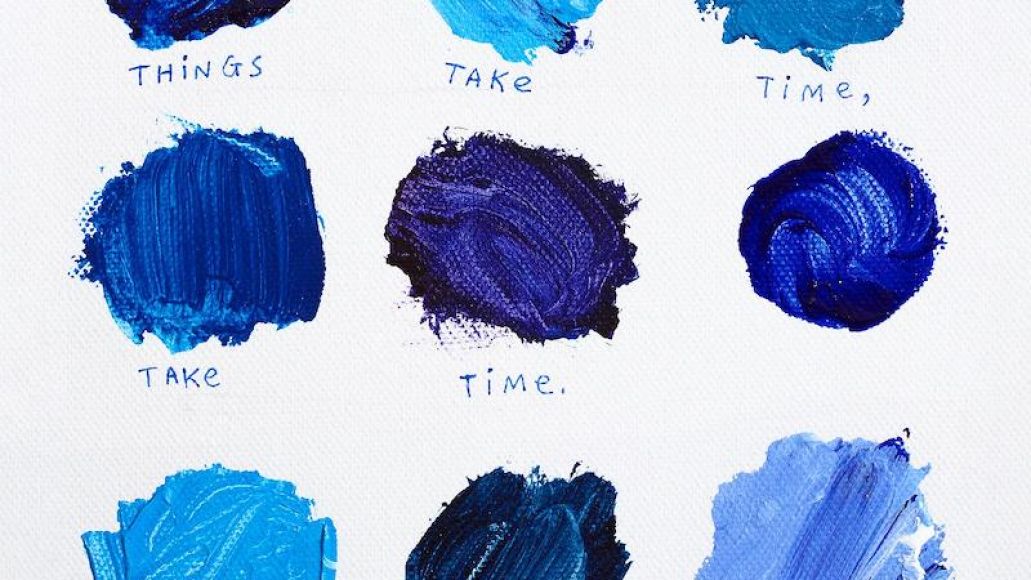