Thundercat is marking the 10-year anniversary of his debut album, The Golden Age of Apocalypse, by dropping a deluxe reissue of the studio set on vinyl.

The vinyl is set to arrive on store shelves on November 26th; for those keeping track on the calendar, that’s Record Store Day Black Friday. In addition to the album’s 13 original tracks, the reissue — which is pressed on a translucent red LP — will also include two new bonus cuts: “$200 TB” and “Daylight (Reprise).”

Released on August 29th, 2011, The Golden Age of Apocalypse originally peaked at No. 9 on the Top Dance/Electronic Albums chart and features contributions from the likes of Shafiq Husayn and Om’Mas Keith of The Sa-Ra Creative Partners, drummer Chris “Daddy” Dave, Erykah Badu, and more.

Meanwhile, Thundercat is currently in the midst of a North American headlining tour, which runs through December 11th with a closing show at History in Toronto. Grab tickets for the remaining dates via Ticketmaster here.

Check out a sneak peek at The Golden Age of Apocalypse on vinyl below, followed by the complete tracklist.

Last week, Thundercat also stopped by The Late Show with Stephen Colbert to perform 2020’s It Is What It Is highlight “Dragonball Durag” with some help from bandleader Jon Batiste. 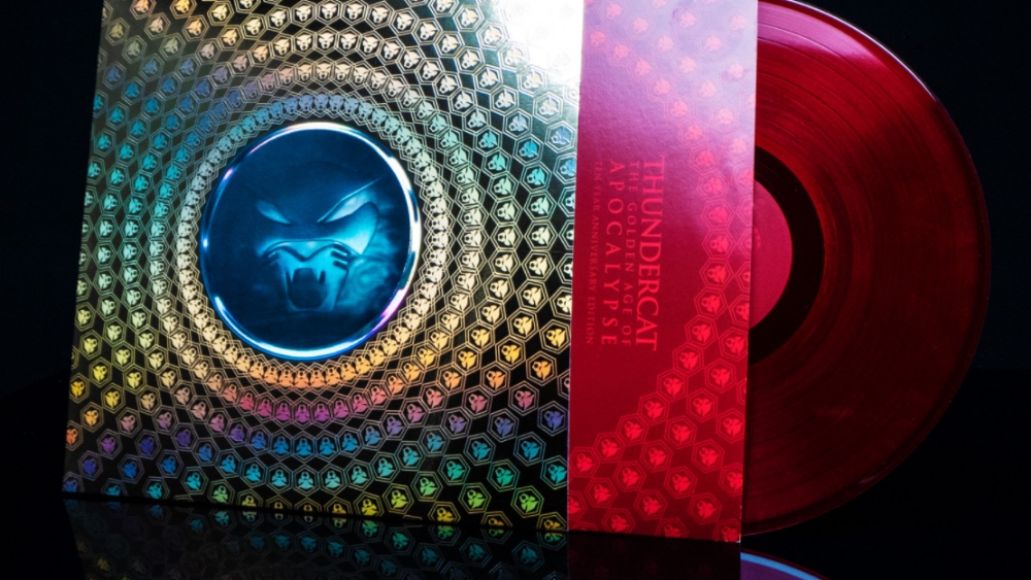