In a scene straight out of Succession, Wyclef Jean was hired to play a corporate gig for Range Rover, only to then nearly paralyze the company’s CEO by dropping him on his head.

TMZ has video of the incident (see below), which occurred at the Range Rover Leadership Summit on Monday night. At some point during the evening, Wyclef decided to hoist the company’s CEO and President, Joe Eberhardt, onto his shoulders. With The Outfield’s “I Don’t Wanna Lose Your Love Tonight” playing in the background, the two basked in the surreal moment — until it all came tumbling down.

Wyclef eventually lost his balance and proceeded to drop the elder Eberhardt right on his head. Fortunately, Eberhardt escaped seriously injury, but he certainly appears dazed in the video, and ended up leaving the party early.

Corporate executives can rest easy knowing Wycelf probably won’t be attending any more gigs in the near future; come early next year, he’s set to reunite with Ms. Lauryn Hill and Pras Michel for a Fugees reunion tour. That is, as long as he doesn’t fumble those plans too. 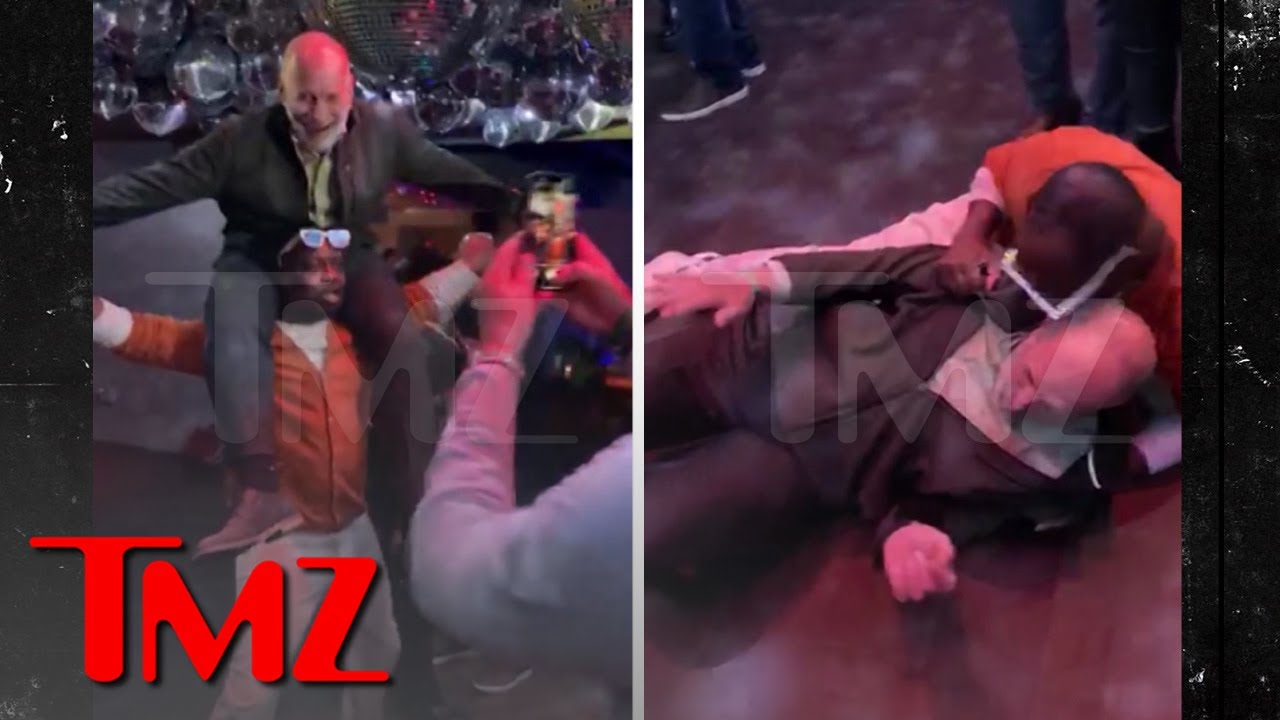