After being pushed back due to COVID-19 concerns, the inaugural Netflix is a Joke: The Festival is now going down next spring from April 28th through May 8th across Los Angeles. Taking place across 25 venues, the comedy festival’s lineup is stacked with huge stars, many of whom already have Netflix specials or shows.

Dave Chappelle will lead a showcase on April 28th at Hollywood Bowl, while John Mulaney and Bill Burr will each headline a show at the Forum. Meanwhile, Tina Fey and Amy Poehler will hold a conversation at the YouTube Theater, and Gabriel “Fluffy” Iglesias will make history as the first standup comedian to ever perform at Dodger Stadium.

Other big names include David Letterman, Conan O’Brien, Jerry Seinfeld, and Chris Rock. There will also be an LGBTQ+ Celebration event starring Margaret Cho, Tig Notaro, Wanda Sykes, Eddie Izzard, Sandra Bernhard, and others, and Larry David will sit down for a conversation at the Greek Theatre.

The mix of standup, podcasts, and exclusive screenings will be hosted as individually ticketed shows, meaning there won’t be a festival badge that gets you into everything. Head over to the Netflix Is a Joke website for the full schedule of shows and events, and check out the festival poster below. Pre-sales begin Tuesday, December 7th via Ticketmaster (pre-sale code: JOKES), ahead of the public on-sale on Friday, December 10th. Find more information here. Select shows will be recorded for eventual streaming on Netflix.

Chappelle’s showcase comes after his October Netflix special The Closer drew backlash for continuing his pattern of making derogatory jokes about transgender people. In a series of internal memos, Netflix co-CEO Ted Sarandos has stood behind the comedian, saying Chappelle’s comments don’t “translate to real-world harm.” 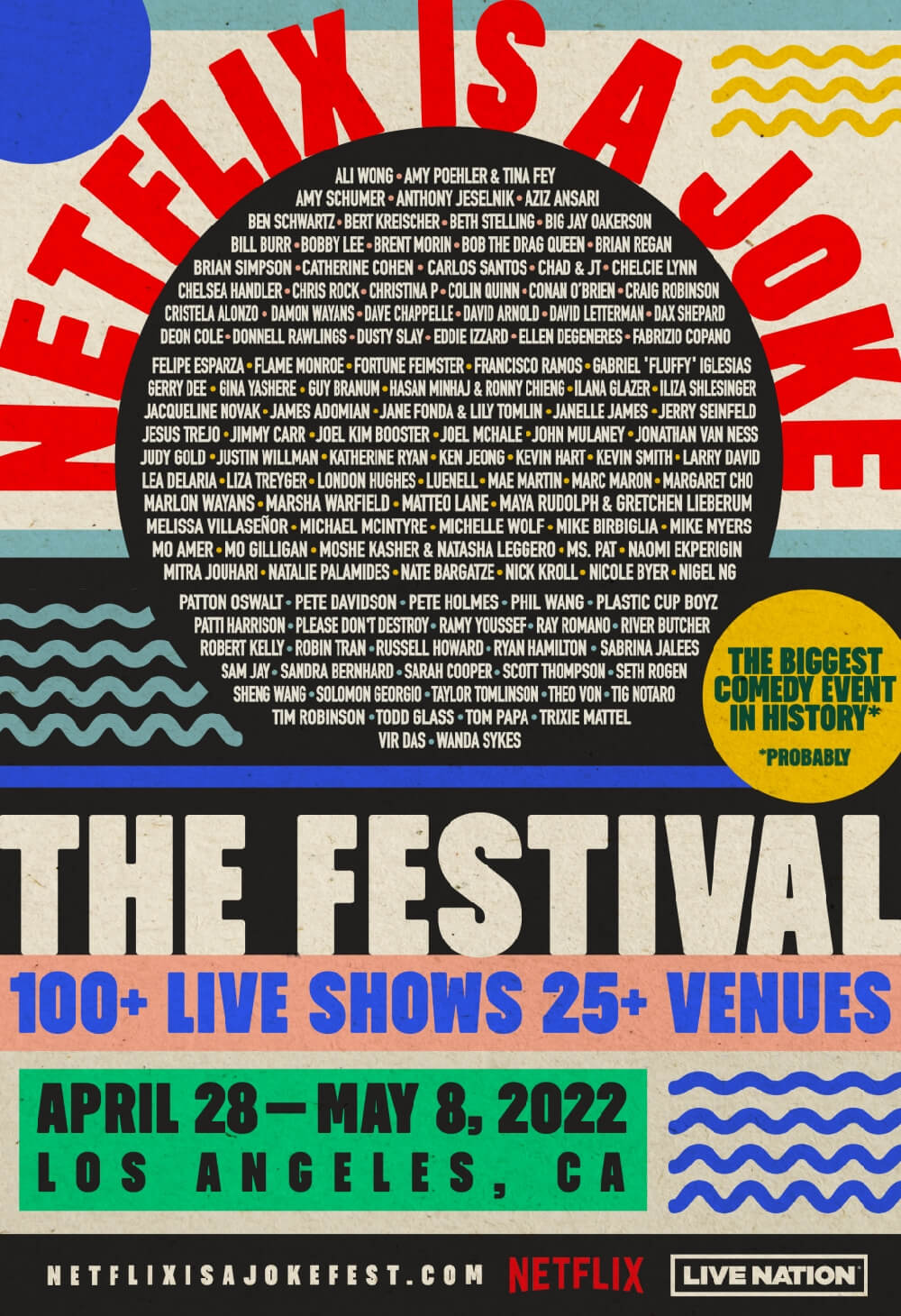