Animals as Leaders will embark on a spring US tour in support of their upcoming album The Parrhesia, arriving March 29th.

Fans can expect a full night of music at each concert, with Animals as Leaders performing two sets: a full-album run-through of The Parrhesia and another featuring songs from their back catalog.

The trek begins with a stop in Denver on March 30th and runs through an April 22nd date in Los Angeles. Tickets go on sale Friday (January 21st) at 10 a.m. local time and can be purchased via Ticketmaster, with pre-sales starting as early as today (January 18th).

So far we’ve heard two tracks from The Parrhesia, the group’s first studio LP since 2016. Singles “Monomyth” and “The Problem of Other Minds” both see Animals as Leaders in full prog mode as they further expand on their signature instrumental sound.

“It’s been a while since we’ve released a body of work,” guitarist Tosin Abasi said in the initial press release for the LP. “We’re really proud of this collection of songs as well as the visual components, and are excited to share it with all of you.”

You can pre-order The Parrhesia here. See the full list of tour dates below, and get tickets at this location. 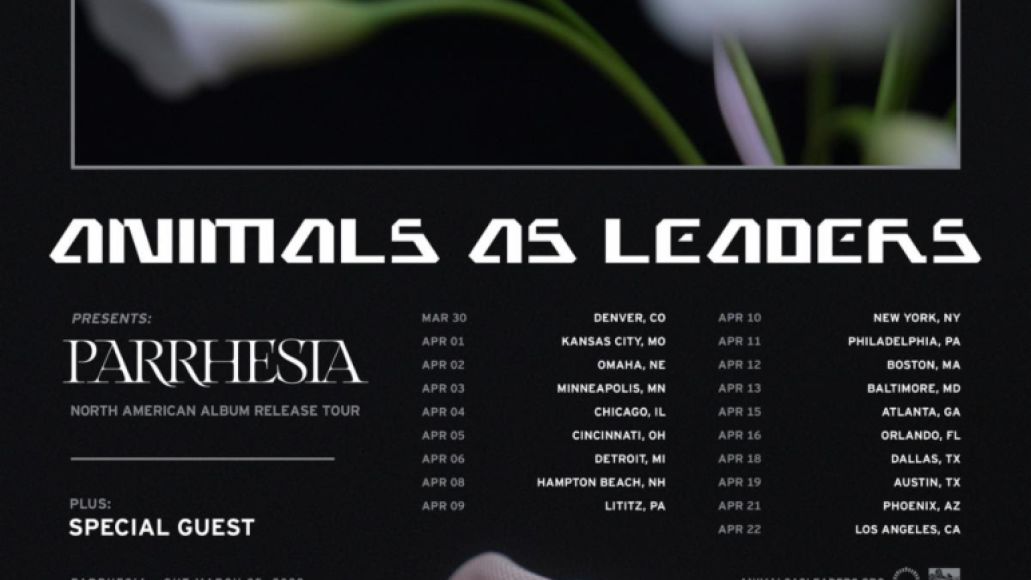