The Pitch: In terms of literary adaptations, Around the World in 80 Days hits right in the sweet spot established by decades of Masterpiece programming in general and the BBC adaptation of Sherlock in particular. But there’s one huge exception to this: Unlike Sherlock, which is a series that worships the concept of genius, 80 Days features a protagonist who’s far more often in over his head.

Set in 1872 (the same year that the original Jules Verne novel was published), 80 Days is an adventure inspired by a bet: specifically, the bet made by eccentric gentleman Phileas Fogg (David Tennant) that he can circumnavigate the globe in the time period allotted. Eighty days might sound like a lot of time, but when one’s primary means of transportation are ship, train, or camel, it’s a frightfully small amount of time — especially given that Fogg’s opponent in this bet is doing his best to sabotage the already difficult journey.

Not Exactly the Doctor: Adaptations of the Verne novel have featured many different interpretations of the gentleman adventurer, and this take leans heavily on the concept of Fogg as someone so innately sheltered by virtue of his class, gender, and race that when suddenly thrust into the complications of life in the real world, he struggles to adapt.

The fact that Phileas Fogg is played by Tennant adds a delicious meta twist to this, as for many people their first introduction to Tennant was his role as literally the most experienced traveller across time and space, ever. While Tennant said goodbye to Doctor Who (at least on a full-time basis) in 2010, his time as the Doctor remains pretty iconic, and so it’s a bit of an adjustment, watching him flail helplessly at the unexpected travails of travel.

It’s a choice that makes the first episode or so a bit hard to engage with — a less-than-competent protagonist, after all, but ultimately feels like the right one, not just for the story but for the era in which it’s being told. Verne’s book, written when it was, is very much a product of a Great Britain with no sense of self-doubt about how its legacy of colonialism has affected the world. 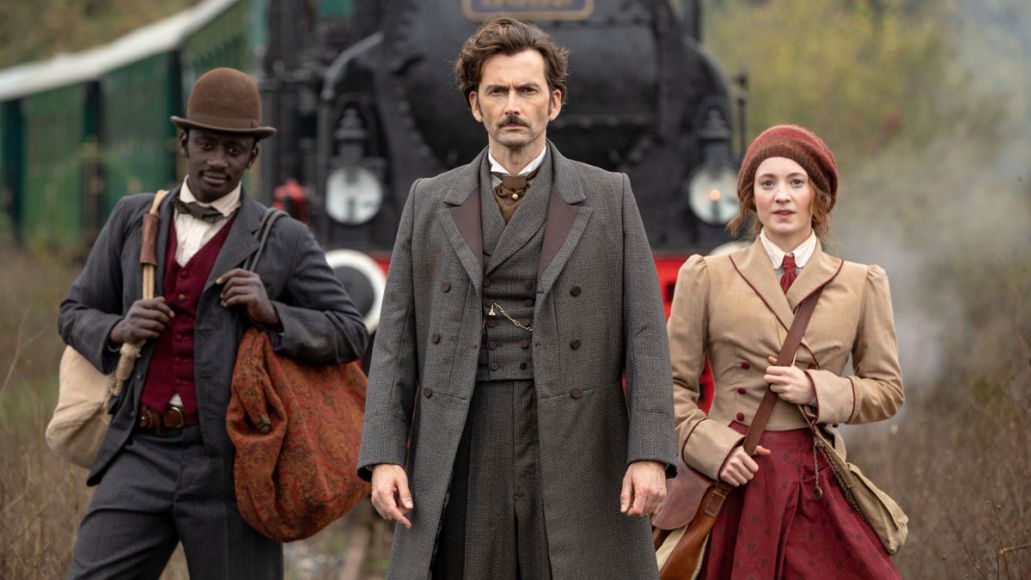 Perfect for TV: The series, meanwhile, doesn’t push its characters too far into expressing modern judgment on British colonialism of the era, but the representation of people of color, including a Black Passepartout (Ibrahim Koma), and storylines focusing on how British rule across these colonies has a not-so-great an impact on the people who are being ruled.

As opposed to film, television proves itself to be the ideal format for adapting Verne’s tale, given how each new location lends itself nimbly to a new episodic adventure, and the pace across the first season stays lively, the jump from location to location keeping the action and settings fresh while the character relationships get deeper and more developed.

While Verne’s original novel’s primary form of female representation came in the form of Aouda, a young Indian woman rescued by Fogg during his travels and becoming his primary love interest, the series stars Leonie Benesch as Abigail Fix, a plucky young journalist who tags along on the journey to document it for readers of her father’s newspaper.

A New Adaptation of Around the World in 80 Days Has Exactly the New Year's Energy We Need: Review