The “Bad Bunny: World’s Hottest Tour” includes shows at some of the biggest venues in the US, including Miami’s Hard Rock Stadium, Chicago’s Soldier Field, New York’s Yankee Stadium, Dallas’ AT&T Stadium, and Los Angeles’ SoFi Stadium. Joining him on tour will be Alesso and Diplo, who’ll take turns serving as support on select dates.

The “World Hottest Tour” follows Bad Bunny’s previously announced “El Último Tour Del Mundo,” which kicks off in the US starting in mid-February. While two expansive tours taking place in such close proximity would seem like a fool’s errand for many artists, the demand is certainly there for Bad Bunny. The Puerto Rican rapper and singer recently claimed the title as Spotify’s most streamed artists for the second year running after amassing more than nine billion streams globally.

See Bad Bunny’s full list of tour dates below, and find tickets to all of his upcoming concerts here. 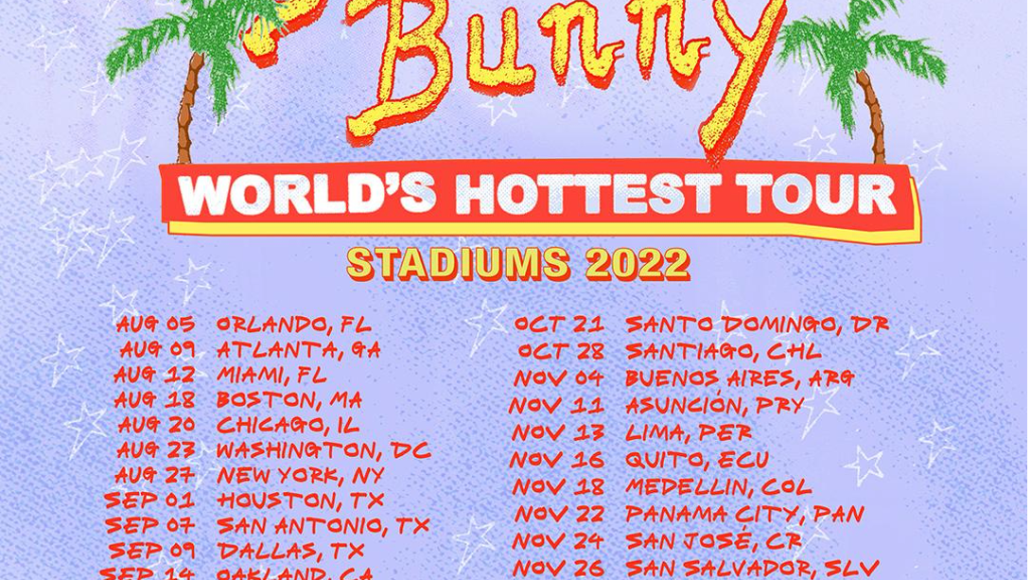