Behemoth and Arch Enemy are joining forces for the co-headlining “North American Siege” tour this spring. Napalm Death and Unto Others (formerly known as Idle Hands) will support the outing, making for a stacked bill of extreme metal.

The tour spans 19 shows and kicks off on April 16th in Tempe, Arizona, running through a May 15th date in Los Angeles. Tickets go sale Friday (January 21st) at 10 a.m. local time and can be purchased via Ticketmaster, with pre-sales beginning tomorrow (January 20th).

“To say that we are dying to return on the road would be an understatement!” remarked Behemoth frontman Nergal. “In fact, we’ve never been more hungry to reunite with our legions… not only to bring young of the hottest extreme metal touring lineups in a long time but also to bring you new Behemoth music! Rejoice!!!”

Added Arch Enemy guitarist Michael Amott: “I honestly couldn’t be more excited about having Arch Enemy join forces with Behemoth, Napalm Death, and Unto Others for a run of dates through North America in 2022! A killer package of quality mayhem right there — can’t f**kin’ wait!”

Based on Nergal’s comments, it sounds like fans will be getting a taste of Behemoth’s highly anticipated new album, the follow-up to the band’s acclaimed 2018 effort, I Loved You At Your Darkest.

As for co-headliners Arch Enemy, the long-running melodic death metal band recently unveiled a pair of singles, “House of Mirrors” and “Deceiver, Deceiver.” The songs marked the first new music in four years from the Swedish group.

See the full list of dates for Behemoth and Arch Enemy’s “North American Siege” tour below. Get tickets here. 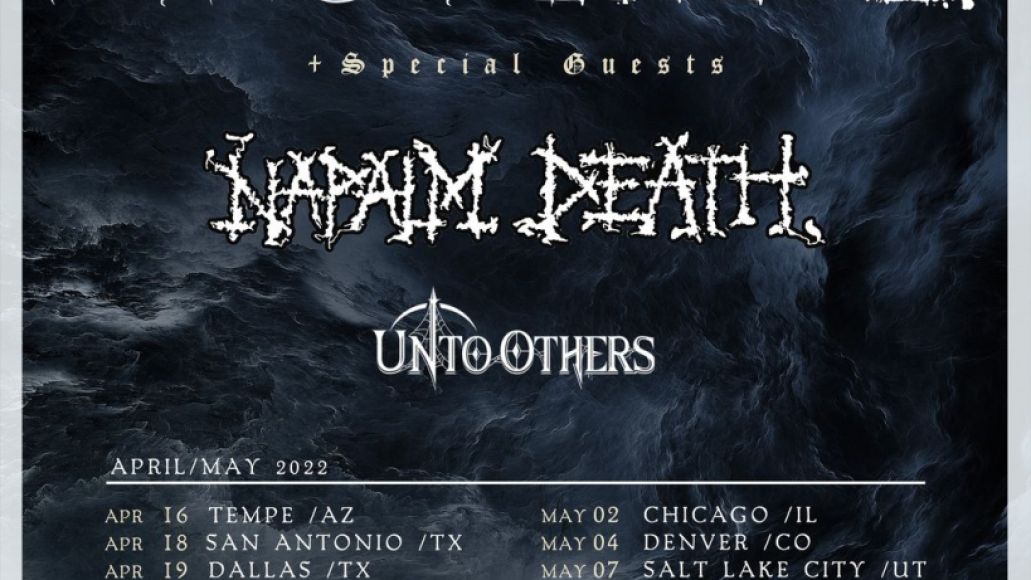