Fight Club ends with a battle of personalities and a series of fiery explosions, as an anarchist plot to upend consumerism brings buildings crashing to the ground. But as Vice notes, Chinese censors prefer the message that evil is always punished and the state will forever triumph over lawlessness, which is why the country’s new version of Fight Club has been burdened with an awkward re-cut where police save the day.

David Fincher’s Fight Club became an instant cult classic when it dropped in 1999, following the characters Tyler Durden (Brad Pitt) and the Narrator (Edward Norton) as they tried to punch their way through the alienation of modern life. But the cut  streaming on the Chinese site Tencent Video tries to make the case that, actually, modern life is just dandy. Adding to the awkwardness, viewers don’t even see the final scene. Where the rest of the world would be treated to the most banging series of explosions ever set to Pixies’ “Where Is My Mind?,” Chinese audiences get no conclusion except for a title card.

“Through the clue provided by Tyler, the police rapidly figured out the whole plan and arrested all criminals, successfully preventing the bomb from exploding,” the caption reads. “After the trial, Tyler was sent to lunatic asylum receiving psychological treatment. He was discharged from the hospital in 2012.”

Update: Fight Club author Chuck Palahniuk sarcastically responded to the re-cut in his Substack newsletter. “Tyler and the gang were all arrested,” Palahniuk wrote. “He was tried and sentenced to a mental asylum. How amazing. I’d no idea! Justice always wins. Nothing ever exploded. Fini.” On Twitter, he added, “Have you seen this shit? This is SUPER wonderful! Everyone gets a happy ending in China!”

Chinese fans of Fight Club — most of whom likely saw the original in a pirated version — complained about the ending on the social media site Weibo. “There is no point watching this film without that scene,” one user noted. Another jeered, “Probably Ocean’s 11 would have all been arrested. The Godfather’s entire family would end up in jail.”

It’s unclear whether Tencent Video self-censored or was ordered to make the switch. The Chinese publisher of the film, Pacific Audio & Video Co., is owned by the state-sponsored Guangdong TV. Check out the title card, and revisit the original final scene, below. 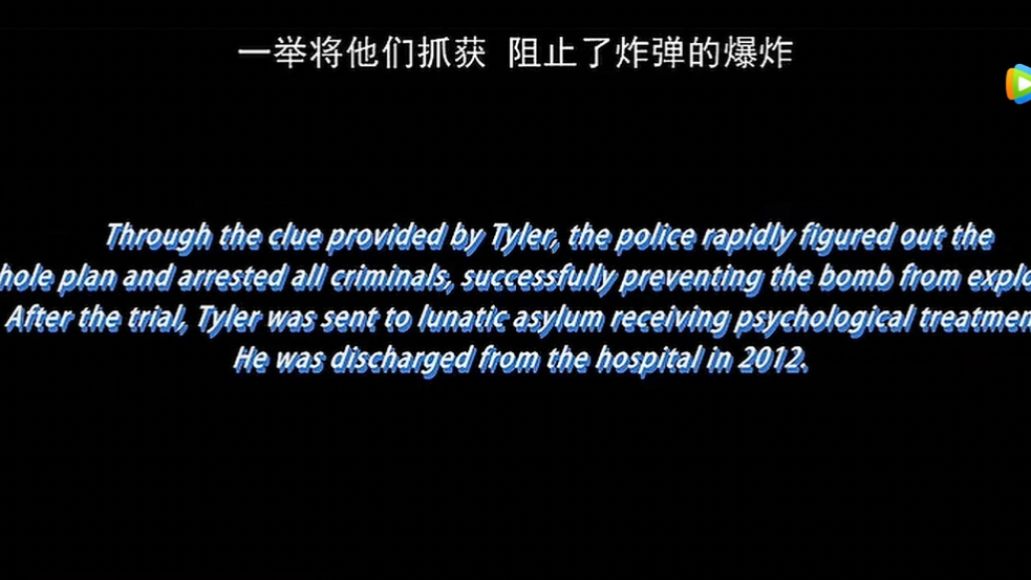