The album dropped with little warning back in December, as the cult alt-rock trio snuck in one of 2021’s best albums at the very end of the year. Now Failure are taking the sonically rich Wild Type Droid on the road.

The journey kicks off June 2nd in San Diego, California, and runs through July 8th in Los Angeles. Be sure to get there early, as each concert will be open with a preview of an upcoming Failure documentary. You can get tickets via Ticketmaster.

“I have not been this excited to bring new material to the stage since Fantastic Planet,” Failure’s Ken Andrews said in a press release. “Prepare yourself for an out-of-body experience.”

Failure were previously documented in the 40-minute film “Golden,” which was released back in 2004 along with a collection of rare tracks and demos. A highlight of the film was candid in-studio footage of Failure recording their debut LP Comfort with Steve Albini. The forthcoming documentary will ostensibly feature even more behind-the-scenes footage from the band’s career.

You can see the full list of Failure’s 2022 North American tour dates below. Get tickets here. 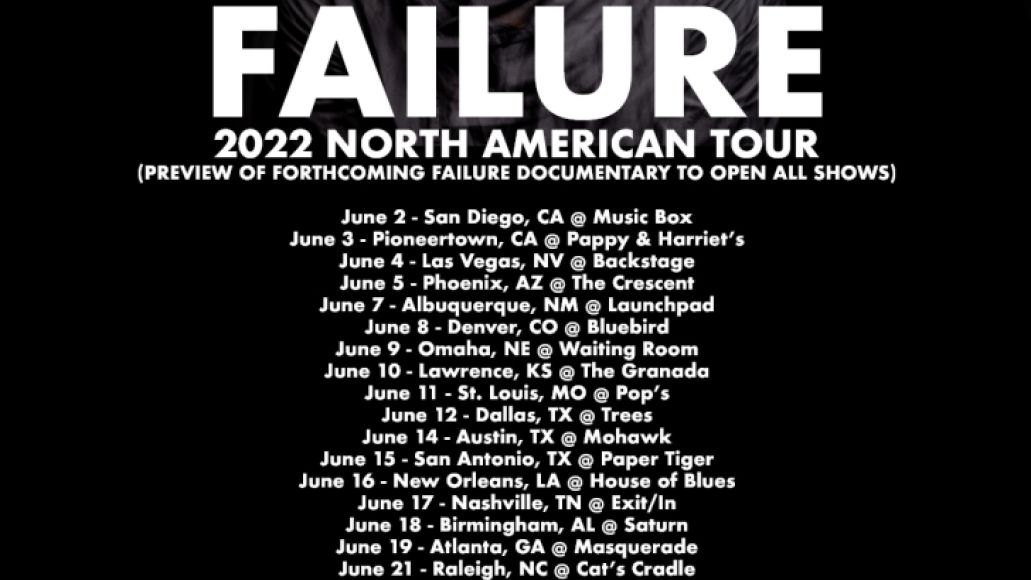