It’s hard to believe Grimes has been around long enough to get the reissue treatment, but as her breakthrough album Visions turns 10, a new vinyl package is on the way. Today the singer announced Vinyl Me, Please would reissue Visions and make the album its February Essentials Record of the Month.

Before she dated Elon Musk and became the self-appointed spokesperson for artificial intelligence, Grimes (born Claire Boucher) was a relatively unknown Canadian artist recording experimental synth pop. On January 31st, 2012, however, she released her third studio album, Visions, on renowned indie label 4AD. With the help of single/perfect song “Oblivion,” it proved the first step in cementing her place as an endlessly fascinating public figure.

Grimes looked back on Visions with clarity, remembering the process of writing opening track “Infinite Love Without Fulfilment.” “Wow, I can hear myself learning how to make music in this song,” she said. “I remember doing the vocal over the drums and then randomly trying that baseline and being like whoa! And kinda spiraling into this experiment.”

Vinyl Me, Please’s Visions reissue will be available on 180g magenta and green galaxy vinyl, and comes with an exclusive art print by Grimes, as well a new track-by-track breakdown of the album written by the artist herself. You can purchase the reissue here.

Grimes’ next album will be called Book 1. She recently shared the single “Player of Games,” as well as the track “A Drug from God”  that she (I mean, NPC) recorded with Chris Lake. There’s no release date for Book 1 yet, but Grimes recently said she’d be changing her “day job” following its release. 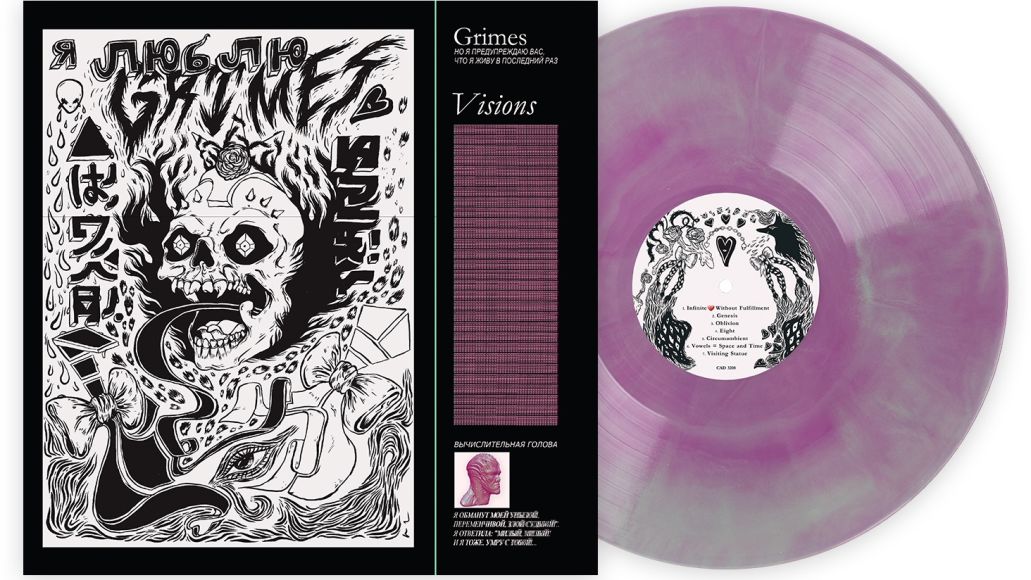