GWAR have announced a new album, The New Dark Ages. The album’s concept will tie into the forthcoming companion graphic novel, GWAR In the Duoverse of Absurdity, published by Z2 Comics. Both arrive on June 3rd.

The graphic novel sees the interplanetary scumdogs “sucked off into an alternate universe to do battle with their evil twins and the specter of rogue technology.” Meanwhile, The New Dark Ages will serve as the heavy metal soundtrack for the comic adventure.

As for the graphic novel, GWAR became the latest metal act to team up with Z2 Comics following the lead of Anthrax, Judas Priest, and others. GWAR In the Duoverse of Absurdity was illustrated by Andy MacDonald (Wolverine) and Shane White (Things Undone) alongside GWAR’s Matt Maguire and Bob Gorman.

“This was the most utterly engrossing book I’ve ever read!” said GWAR’s Bälsäc The Jaws ‘o Death. “I couldn’t wait until I’d read what was on the page before I was compelled to turn it! This novel has the one element that is missing in so many so-called literary masterpieces: It’s about me!”

Added Z2 editor Rantz Hoseley: “GWAR has made sure that this story is a full throttle hysterical ride into tipping every sacred cow possible and I consider it an honor to help bring this chapter of the band’s legacy to fetid, pulsing, life.”

Before indulging in GWAR’s literary-sonic feast, we suggest enhancing your measly Bohab senses with some of the band Bud of Gods CBD. The band is also offering numerous bundle packages for The New Dark Ages, which you can pre-order via GWAR’s website.

The New Dark Ages will be released June 3rd on CD and digitally, with a September 16th date set for vinyl and cassette. Check out the album cover and the bundle contents below. 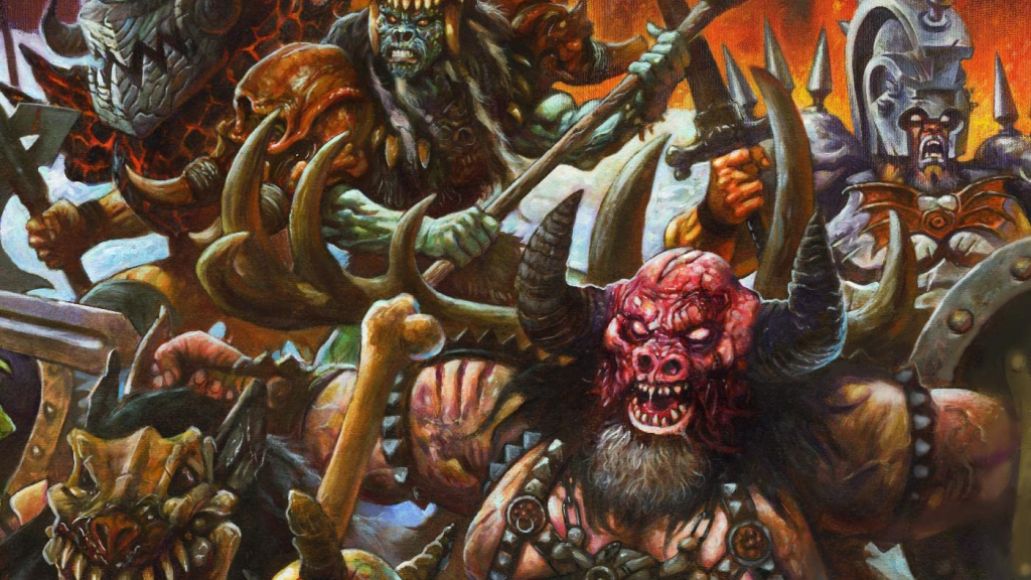 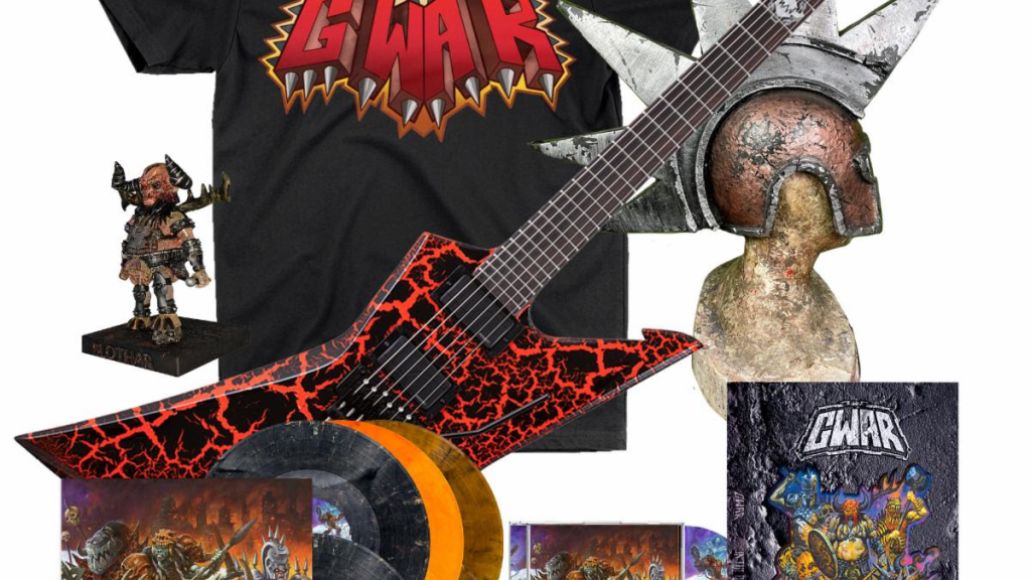