Emo punk luminaries Jawbreaker have announced a 25th anniversary tour for their fourth and final album, Dear You.

The 10-date outing kicks off in Seattle on March 18th, and includes shows in Portland, San Francisco, Los Angeles, Denver, and Chicago, before wrapping up at the end of April with a pair of hometown shows at Irving Plaza in New York City. See the full list of dates below.

Each show will see Jawbreaker “playing the [1995] album in its entirety & then some,” according to a press release.

What’s more, Jawbreaker will be joined on tour by a rotating cast of all-star supporting acts, including Built to Spill, Descendents, Best Coast, Jawbox, Smoking Popes, and The Linda Lindas.

Tickets to Jawbreaker’s Dear You 25th anniversary tour go on sale to the general public starting Friday, January 21st via Ticketmaster. A pre-sale will precede the public on-sale on January 19th. 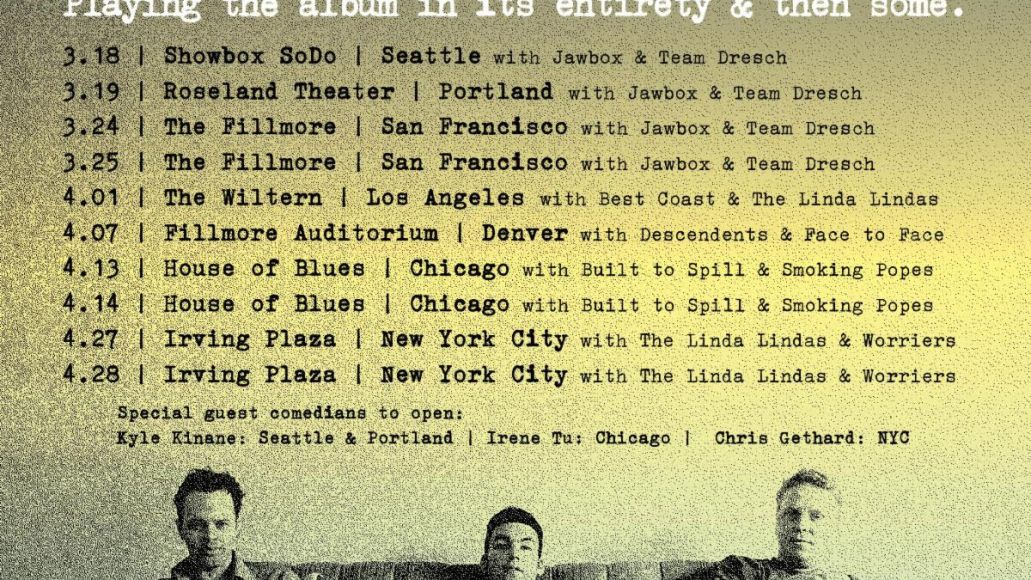