The Line Is a Curve follows 2019’s The Book of Traps & Lessons and was produced by longtime collaborator Dan Carey. The legendary Rick Rubin served as executive producer. It features contributions from Abstract, Lianne La Havas, Grian Chatten of Fontaines DC, ássia, and Confucius MC. The album artwork is a photo of Tempest shot by Wolfgang Tillmans, the photographer behind the iconic cover of Frank Ocean’s Blonde.

Making The Line Is a Curve proved to be a soul-baring experience for Tempest, who explained its origins in a lengthy statement:

“The Line Is a Curve is about letting go. Of shame, anxiety, isolation and falling instead into surrender. Embracing the cyclical nature of time, growth, love. This letting go can hopefully be felt across the record. In the musicality, the instrumentation, the lyricism, the delivery, the cover art. In the way it ends where it begins and begins where it ends. I knew I wanted my face on the sleeve. Throughout the duration of my creative life, I have been hungry for the spotlight and desperately uncomfortable in it. For the last couple of records, I wanted to disappear completely from the album covers, the videos, the front-facing aspects of this industry. A lot of that was about my shame but I masked it behind a genuine desire for my work to speak for itself, without me up front, commodifying what felt so rare to me and sacred. I was, at times, annoyed that in order to put the work out, I had to put myself out….

But this time around, I understand it differently. I want people to feel welcomed into this record, by me, the person who made it, and I have let go of some of my airier concerns. I feel more grounded in what I’m trying to do, who I am as an artist and as a person and what I have to offer. I feel less shame in my body because I am not hiding from the world anymore. I wanted to show my face, and I dreamed of it being Wolfgang Tillmans who took the portrait.”

The fluid first single “More Pressure” hints at The Line Is a Curve’s lightness. Buzzing synths guide the track as Tempest’s lyrics flow. “I know nothing/ I used to think/ Things were so clear,” Tempest says in a spoken-word cadence. “I was so near to nowhere/ I could feel everything in me/ Pushing for certains/ But certains are flimsy/ Rock-solid ground beneath me now tells me there’s no ground at all.” Later, Abstract gets equally existential, asking, “What’s true to you?/ What’s real?”

Watch the full lyric video for “More Pressure” below, and scroll onward to see the album artwork and tracklist. Pre-orders for the record are ongoing.

While you wait for the new Tempest album, revisit the artist’s interview with Kyle Meredith on The Book of Traps & Lessons, and the Origins feature for that album’s lead single, “Firesmoke.”

The Line Is a Curve Artwork: 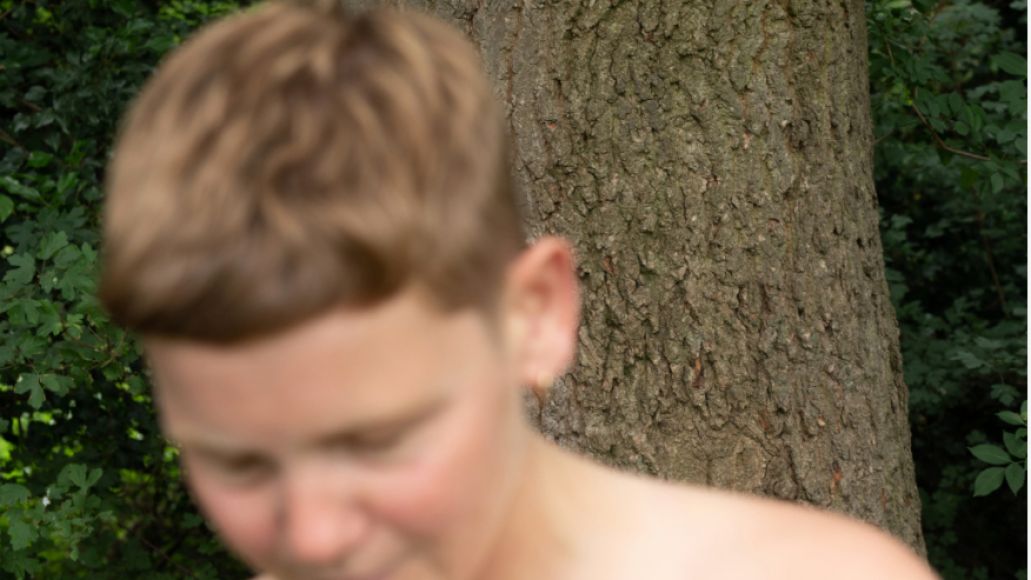