The Pitch: Naomi lives inside the difference between an origin story and a coming-of-age story. The CW’s newest superhero story features Kaci Walfall as the titular teenager, who was already living a pretty interesting life before the possibility that she might have superpowers became a possibility.

Based on the first two episodes, the first season (which won’t be crossing over with the rest of the Arrow-verse) is set up to offer an extended look at Naomi’s dawning realization of her own abilities, while also contending with the day-to-day realities of being a modern-day teenager. The show’s success is dependent on how much you want to see both of those elements play out, but thanks to Walfall’s charismatic performance, Naomi’s story proves easy to connect with.

Not Your Ordinary Teen Supe: What the show’s creative team, led by Ava DuVernay, make clear from the beginning is that Naomi is pretty special even without superpowers. The adopted child of a military couple (Mouzam Makkar and Barry Watson), Naomi is popular, clever, and well-liked at her school (she’s met with literal applause as she pulls off an impressive skateboarding maneuver while arriving for class in the morning).

This means that Naomi is smart enough to realize that something strange is going on with her, as her own body betrays her in unexpected ways while equally strange events — including a surprise Superman sighting in her town — begin to mount up. It also means she has a number of friends and allies to turn to when it comes to trying to figure the mystery that is herself.

A lot of elements get packed into these first two episodes, though the pacing manages to stay pretty low-key; not the first instance we’ve seen of the first season-as-pilot approach, bringing to mind how the Netflix take on Daredevil didn’t actually put Matt Murdock (Charlie Cox) in the costume until the Season 1 finale. It makes for a different vibe, but in the year 2022, one of the best things a superhero story can do is be different. 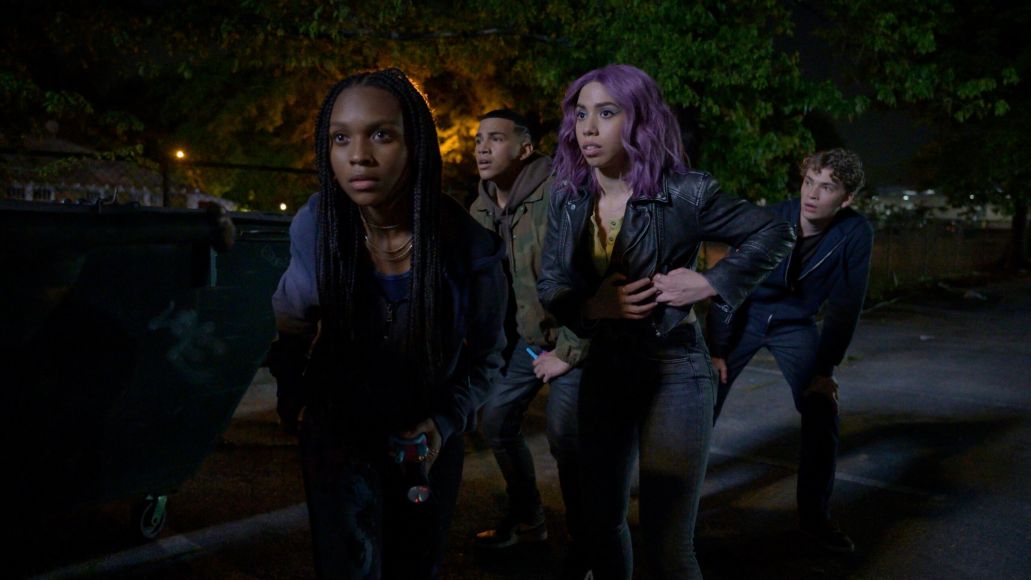 Age of the Geek, Baby: Naomi does struggle a bit on a technical level, with some awkward staging and visual effects which could dearly use a little extra cash. (There’s one big reveal in the pilot that borders on laughable, due to the quality of the CGI.) But it still manages to feel like a slight step up in other ways, with the writing leaning far less into some of the cliches that the Greg Berlanti-produced superhero series sometimes have a hard time escaping.

As mentioned, Naomi works quickly to establish the social circle of its protagonist, but while the other young characters on the show represent some solid inclusion (and also establish that when it comes to questions of sexuality, these teens are fluid), there’s perhaps one too many of them introduced so early, making it a bit hard to track and splitting the focus more than we’d like. But hopefully, this is a problem the show shakes off with more screen time for each individual and a deeper exploration of their connections to Naomi.