Things are about to get ruff: PUP have announced their new album, THE UNRAVELING OF PUPTHEBAND, out April 1st on Little DIpper / Rise Records. To herald its coming, the Canadian punks have shared “Robot Writes a Love Song,” a banging new single that will have you downloading feelings.

THE UNRAVELING OF PUPTHEBAND is the follow-up to their stellar 2019 album Morbid Stuff, as well as the 2020 This Place Sucks Ass EP. It comes with the November single “Waiting,” plus plenty of song titles that show off the band’s wit, including the trilogy “Four Chords,” “Four Chords Pt. II: Five Chords,” and “Four Chords Pt. III: Diminishing Returns,” and the closing track “PUPTHEBAND Inc. Is Filing for Bankruptcy.”

“Robot Writes a Love Song,” is somewhat darker than the name might suggest. “You were dead,” vocalist Stefan Babcock sings by way of introduction. “I saw your corpse rolling out the door/ But I backed up your memory before/ They came for you, your monitor was blue/ But your data’s all stored/ And when they come back with your new body/ I’ll load you into the new machine again/ And bring you back to me.”

The track comes with a music video directed by Whitey McConnaughy. It finds Babcock’s face flickering across a monitor atop a human body, and as he becomes overwhelmed with all these messy human emotions, the display begins to wobble and change.

Check out PUP’s “Robot Writes a Love Song,” as well as the album artwork and tracklist, below. Pre-orders for THE UNRAVELING OF PUPTHEBAND are off and running, and you’ll have a chance to hear some of those songs on the upcoming 2022 North American tour. Get your tickets here.

THE UNRAVELLING OF PUPTHEBAND Artwork: 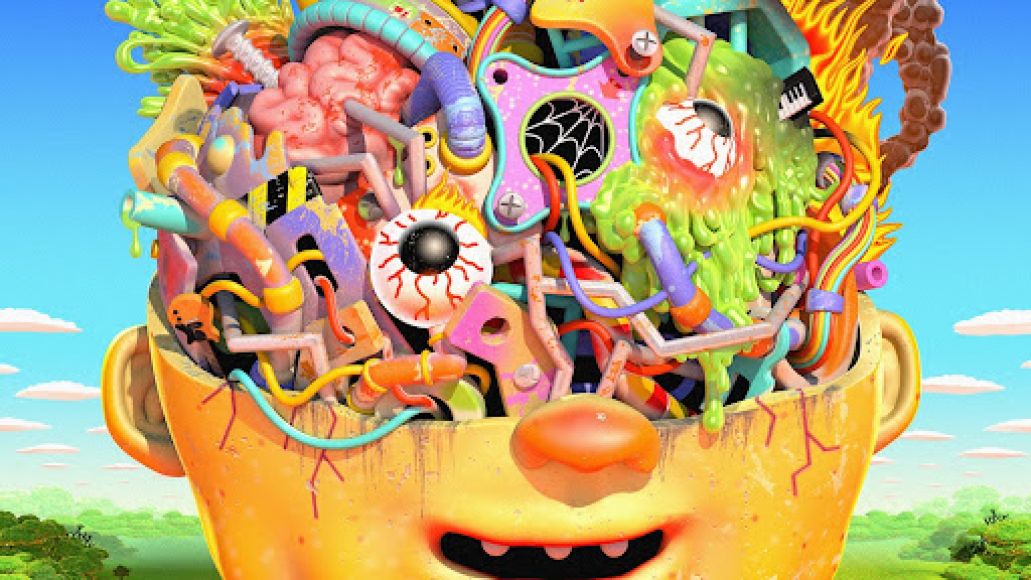