Disturbed, Evanescence, and Shinedown are set to headline the 2022 edition of Rock Fest. The festival is set for July 14th-16th in Cadott, Wisconsin, and will bring together some of the biggest bands in mainstream hard rock and metal.

Rock Fest was one of the first large festivals to return in full force last year after being canceled in 2020 due to the pandemic.

“While planning for this year’s festival, we stumbled on a new study that said when we watch a concert together, our hearts beat in sync,” commented festival promoter Wade Asher. “We felt that. 2021 reminded us that live music is alive and thriving. We saw so many hugs. Total strangers met and left as family. This festival is so much more than music; it’s a catalyst for healing. Let’s feel it again.”

See the festival poster with the complete lineup below. 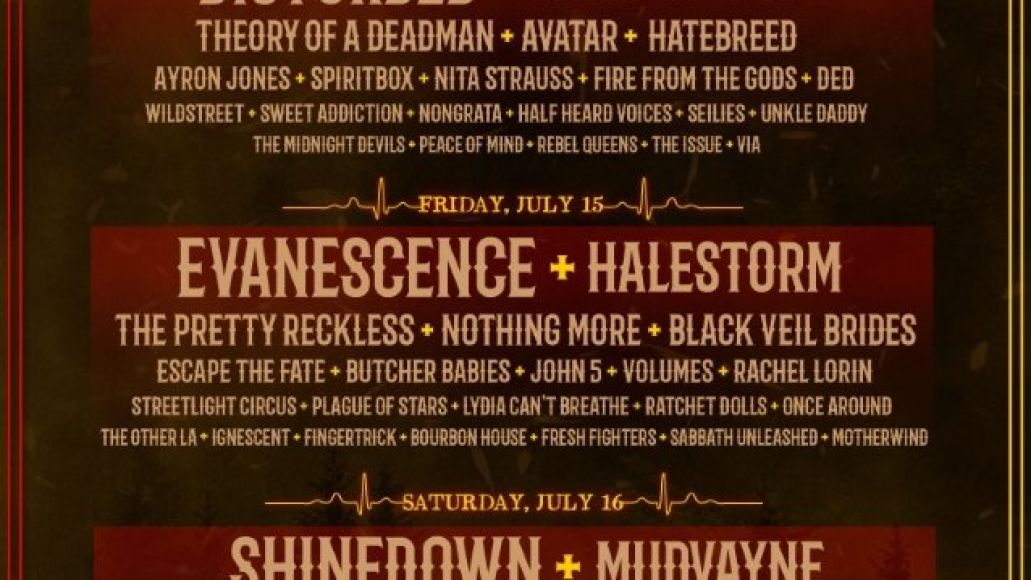