Sevendust are celebrating their 2001 album Animosity with a 21st anniversary US tour, featuring support from Tetrarch and Dead Poet Society.

The tour will kick off March 4th in Oklahoma City, and run through a March 27th date in Nashville. Tickets go on sale to the general public on Friday (January 14) via Ticketmaster, with pre-sales beginning tomorrow (January 13th).

As the tour poster suggests, Sevendust didn’t get a chance to fully commemorate the 20th anniversary of the album in 2021, and thus have moved ahead with a 21st anniversary celebration.

Animosity arrived on November 13th, 2001, and features two of the group’s most popular singles: “Angel’s Son” and “Praise.” The LP peaked at No. 28 on the Billboard 200 chart and remained on the chat for 13 weeks. Since then, the album has been certified gold by the RIAA.

Dead Poet Society are touring behind their debut album, 2021’s -!-. Tetrarch are heading out in support of their sophomore record, 2021’s Unstable, and will serve as direct support to Sevendust.

See the full itinerary and tour poster below, and pick up tickets here. 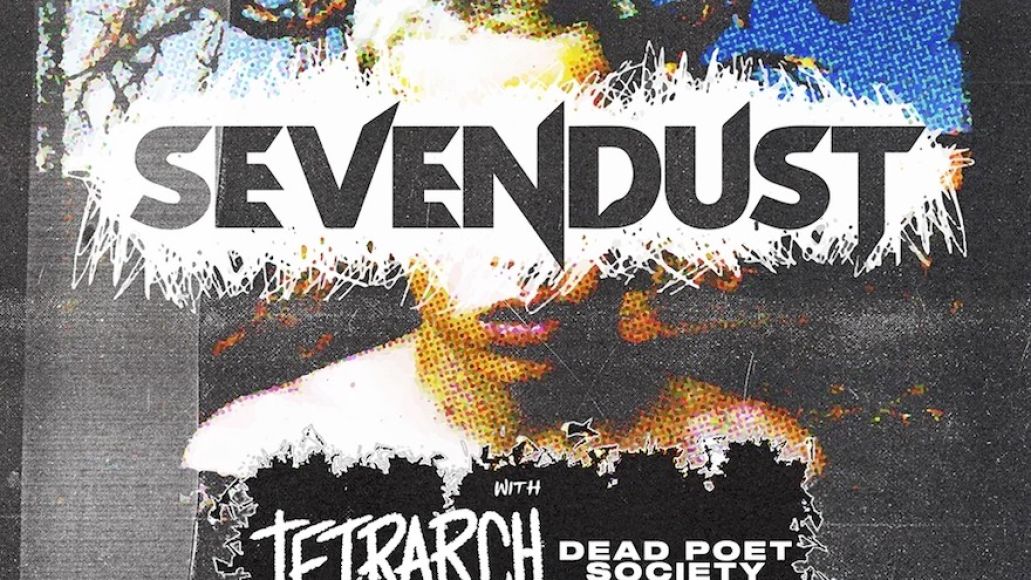