Wilco’s Solid Sound Festival will return to North Adams, Massachusetts this spring, and the lineup for the shindig has officially been revealed. Set for May 27th to 29th, Wilco top the bill, of course, along with Japanese Breakfast, Sylvan Esso, Bonnie ‘Prince’ Billy, and more.

Check out the Solid Sound lineup poster below. Three-day passes for the festival are on sale here.

In other Wilco news, the band was recently inducted into the Austin City Limits Hall of Fame. During the ceremony’s finale, they performed an all-star-assisted rendition of “California Stars” with Japanese Breakfast, Jason Isbell, Rosanne Cash, and more. 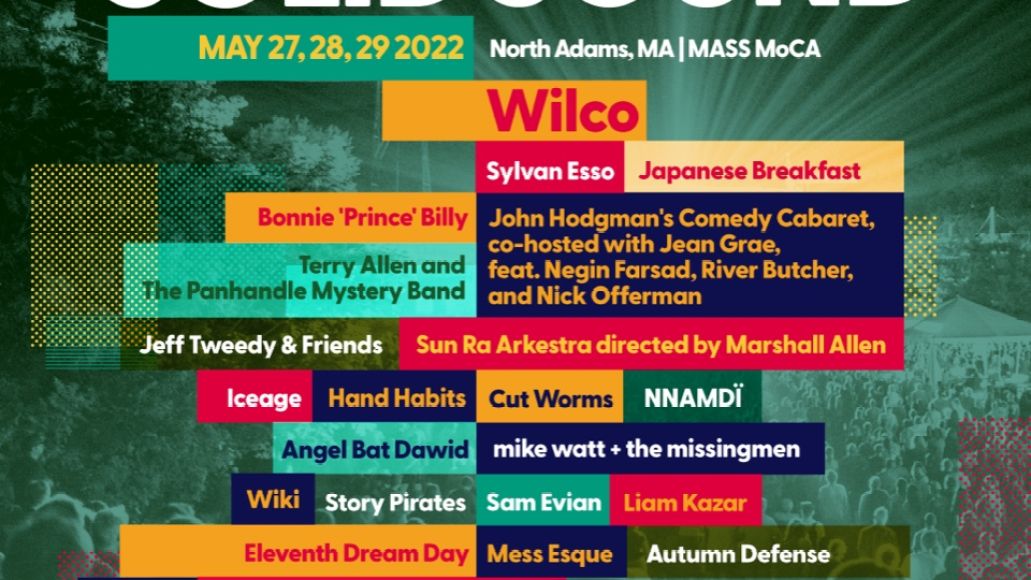