The Pitch: There is a certain sub-genre of films, largely action films, that belong to a very specific time and place — an idyllic lazy Saturday afternoon, that post-lunch or brunch drowsiness kicking in as you nestle into your couch at home, searching for something to watch that won’t require too much effort to engage with on your part. The kind of movie you might watch with your dad over the holidays, just because it’s on cable.

What The 355 offers up is a perfect Saturday afternoon dad movie, but instead of starring Stallone or Eastwood or Bronson, it stars five women with six Oscar nominations and two wins between them. (And was written by the creator of NBC’s Smash!) Approached with those sorts of low expectations, the new action drama starring Jessica Chastain, Lupita Nyong’o, Penélope Cruz, Diane Kruger, and Bingbing Fan is totally acceptable, at times pretty entertaining. If that sounds like damning with faint praise — yep, that’s exactly what it is.

Jennifer Garner Did It First: At two hours and two minutes, The 355 has about the same amount of plot as a 42-minute episode of Alias, all of it Frankenstein’ed from other action movies. Mason “Mace” Browne (Chastain) is a badass CIA officer who, after a mission goes wrong, has to team up with several women from other international intelligence agencies to track down an all-important MacGuffin hard drive that has apocalyptic levels of control over the world’s electronics. (Pretty much 100% sure that that actually was the plot of an episode of Alias, at one point.)

The plot, of course, is all in service to the raison d’etre of the film, which is to bring together a cool group of actresses and give them guns so they can shoot a whole lot of people. At this objective, The 355 is actually quite successful, and it does a solid job as well of making sure that these characters are all tough and interesting in their own unique ways, from the ruthless focus of Kruger as Marie to Cruz’s Graciela, whose inexperience in the field offers a refreshing contrast to the jadedness of the other women.

Nyong’o also once again proves that she is capable of nailing any role you hand her; of the assembled cast, she’s the one who feels most deserving of her own spinoff. Meanwhile, Chastain keeps things pretty close to her chest without offering up any other traits beyond a fierce self-reliance, which makes Mace a capable action hero, but also a less-than-memorable protagonist. 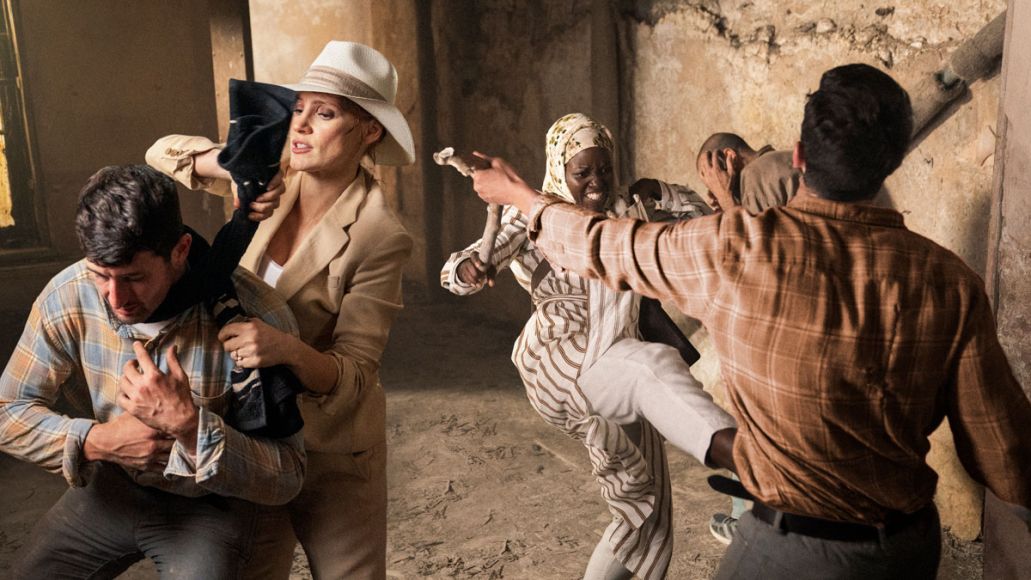 Again, this film is co-written by Smash creator Theresa Rebeck, who is not a stranger to this genre (for one thing, she was one of the six to 12 writers on the 2004 film Catwoman). However, according to Deadline, the idea originated with Chastain, who pitched the idea of a female-led spy film to director Simon Kinberg while they were working together on X-Men: Dark Phoenix.

The 355 Review: Predictable Twists Bog Down This Lady Spy Thriller